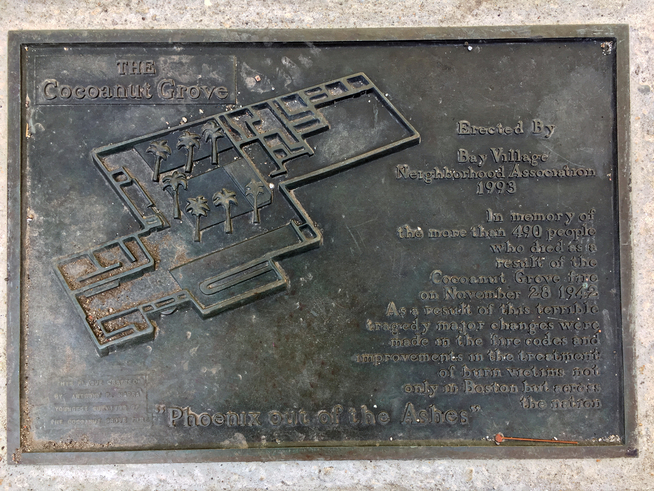 At the corner of Commonwealth Avenue and Charlesgate West, near Kenmore Square, is a sign indicating that it's Oliver Ames Jr Square. Did you know, that Boston had two famous Oliver Ames Jr?

The square is named for Lieutenant Oliver Ames Jr. who served in the 165th United States Infantry Regiment, part of the 42nd Infantry Division in World War One. On July 29th, 1918, he gave his life at the Second Battle of the Marne.

Some interesting thing that I learned about Oliver Ames Jr: 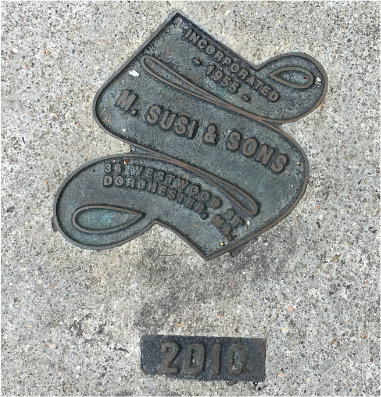 You can read all about how the museum transformed from the Boston Society of Natural History in 1860 to what it is today.

Some of the features in this Exhibit

This is a cool place to walk through if you visited the museum when you were a kid. You can see many familiar things from the museum past.

The "Then & Now" exhibit is on Level 2 in the Blue Wing, just beyond the Science in the Park in the Theater of Electricity.

Thanks to the Sponsors!

The exhibit was made possible through the generosity of Joan and Herman Suit, and the George Willard Smith Endowment Fund.

The Boston Public Library Central Branch is known for having a lot of beautiful architecture. Among the serious researchers in the library are tourists checking out the main marble staircase in the entrance hall and the various paintings in the Abbey room.

In the second floor of the McKim Building is the Washington Room. A few months ago this is where people would sit and do research on the computers - it was part of Tech Central. The computers might be gone, but the beauty of the room still exist.

The centerpiece of the room is the large picture of George Washington hanging over the desk in the room. 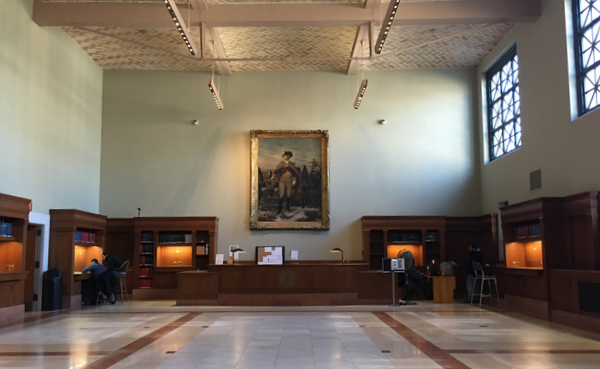 Known for his portraits and history paintings, German artist Emanuel Leutze selected a dramatic scene from the Revolutionary War for this enormous work, depicting General George Washington commanding his troops to occupy the hills of Dorchester Heights on the south side of Boston. This action by Washington and the Continental Army in 1776 proved instrumental in driving British forces out of the city, ending the nearly year-long siege of Boston.

The painting was purchased by the City of Boston with gifts from School Children and citizens from Vose Gallery in 1955.

If you really like the art at the Boston Public Library, you should check out more contemporary pieces at the nearby Vose Gallery - which many tourists may not know about. Vose Galleries specializes in 18th, 19th, and early 20th-century American paintings. America's oldest family-owned art gallery, Vose has founded 160 years ago.

They are located at 238 Newbury Street. Getting there from the library is easy, simply walk out the main library doors by Boylston Street and cross Boylston Street. Take a right on Exeter Street, and then a left on Newbury Street. The Vose Gallery will be on the left side about 1/2 block down, it's right next to CVS. Just before Fairfield Street.

The Boston Public Library offers daily tours highlighting the architecture of its famed Central Library buildings by Charles Follen McKim and Philip Johnson as well as the art treasures within, including works by Daniel Chester French and John Singer Sargent.

The tours start near the McKim Entrance, stop by the one of the borrower services desks for information on the next tour. 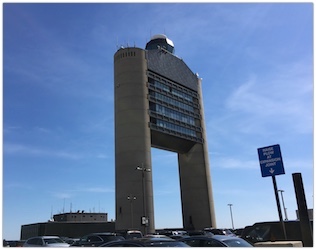 The joke around the city is that the airport is named after an infrequent flier. The question is: Why did Boston name an airport after General Edward Lawrence Logan? For all of his many accomplishments, Lieutenant General Logan never flew in an airplane.

At the 177 Huntington Ave Office Building you can still see signs of the old building owner. On the back stairs, at each floor landing is a "Certificate of Occupancy." This is a copy of one of the documents: 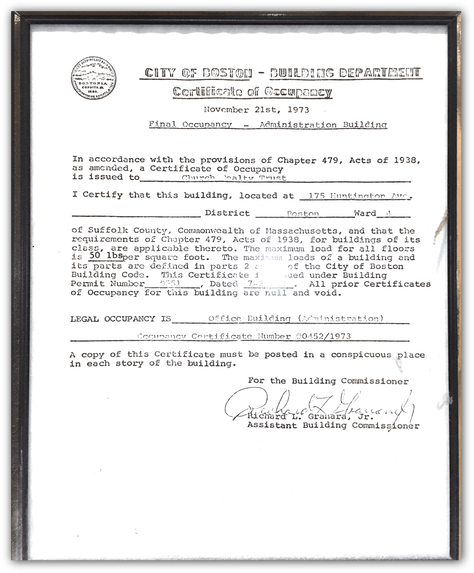 This particular Certificate of Occupancy defines the max load for all floors in the building as 50 lbs per square foot.

Some information about the Building Code in the City of Boston:

Chapter 479 of the Acts of 1938 as amended, 'An Act for the Codification, Revision and Amendment of the Laws Relative to the Construction, Alterations and Maintenance of Buildings and other Structures in the City of Boston' was passed by the Legislature on June 27, 1938, with the provision that it take effect upon its acceptance by the Boston City Council, whereupon the Council proceeded to hold a series of public hearings on proposed amendments submitted by architects, builders, property owners and various civic organizations.

The act was changed a few years later:

On January 1, 1975, the Massachusetts State Building Code, Chapter 802 of the Acts of 1972, as amended, went into effect in the City of Boston and superseded all previous codes. The Building Department and the Housing Inspection Department were abolished and all powers and duties transferred to the Inspectional Services Department by Chapter 19 of the Ordinances of 1981.

In older building, built before 1975, you will find in one of the stairwells, most likely not a heavy traffic one, a Certificate of Occupancy.

In the early 1950s, Martin Luther King lived in Boston while he was attending school at Boston University of Theology.

He lived at two locations: 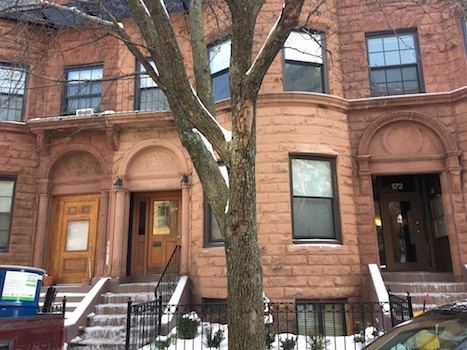 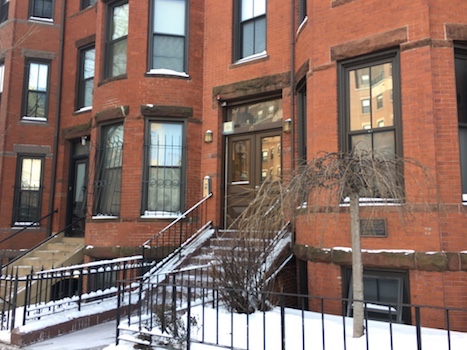 Next Semester he and a student at Tuffs moved to an apartment nearby on Massachusetts Ave, just beyond the Mass Ave Orange Line station. While living there met his wife Coretta Scott of Alabama. ( 397 Massachusetts Ave)

Note: Both locations are priviate residences.

Map of Back Bay at the Back Bay MBTA Station

While waiting for the commuter rail at any of the seven tracks you will see a map of Boston's Back bay. While some of the maps are showing 'Old Boston Town," there are a few modern maps. I am guessing that the maps are there to help people located various points in the Back Bay. 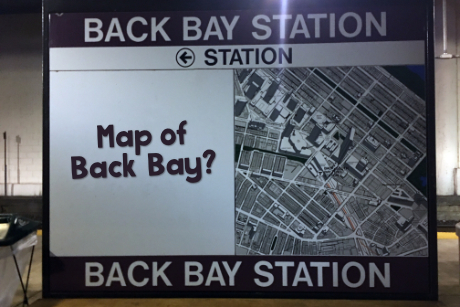 Commuters waiting for the Framingham/Worcester trains may not pay much attention to the maps in the terminal. They are located in various places along the train tracks. The maps may seem fine, but if you take a close look at the map and you may discover something doesn't look quite right.

Example of some of the Oddity that you may see on the map: (This is the top left section) 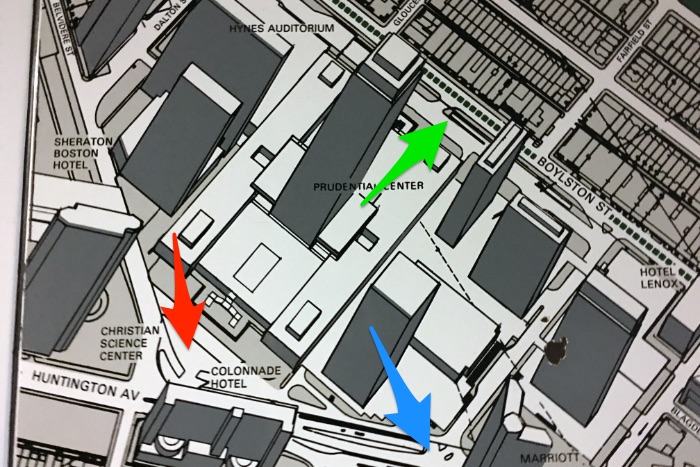 Looks like the maps are from the Dukakis Administration.

The outdated maps are somewhat useful to get a rough idea where they are to other points in the Back Bay such as Boston Public Gardens and Newbury Street.

However, the maps are outdated. The MBTA can take three courses of action:

You can see the old Boston map between Track 7 and 5 at the Back Bay Commuter rail station.

When you walk into the station from the Dartmouth Street entrance, enter the doors with "South End" and walk by the Dunkin Donuts stand.

Turn left after Dunkin Donuts and go down the stairs where you see "Tracks 5 & 7."

Take a right at the bottom and then another right. Take a short walk along the train tracks.

Walk to the overhead digital clock look to the right and you'll see the classic map. 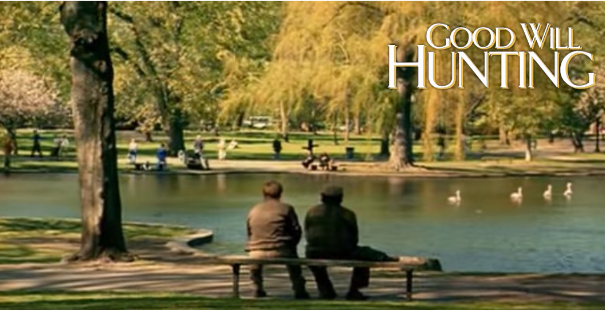 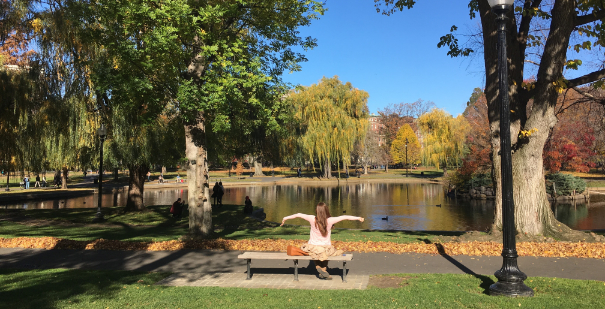