Recently, 116 Huntington Ave updated the sideway. In the process, the plaque about the figurines on the building was removed. 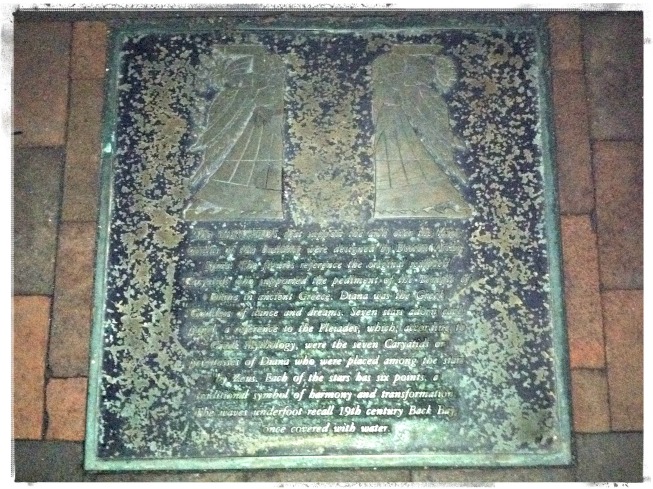 This is what the Caryatids look like on the building:

You can see the Caryatids walking on the Huntington Ave Pedestrian over path. Which is located between the Prudential Mall and the Copley Square Mall.