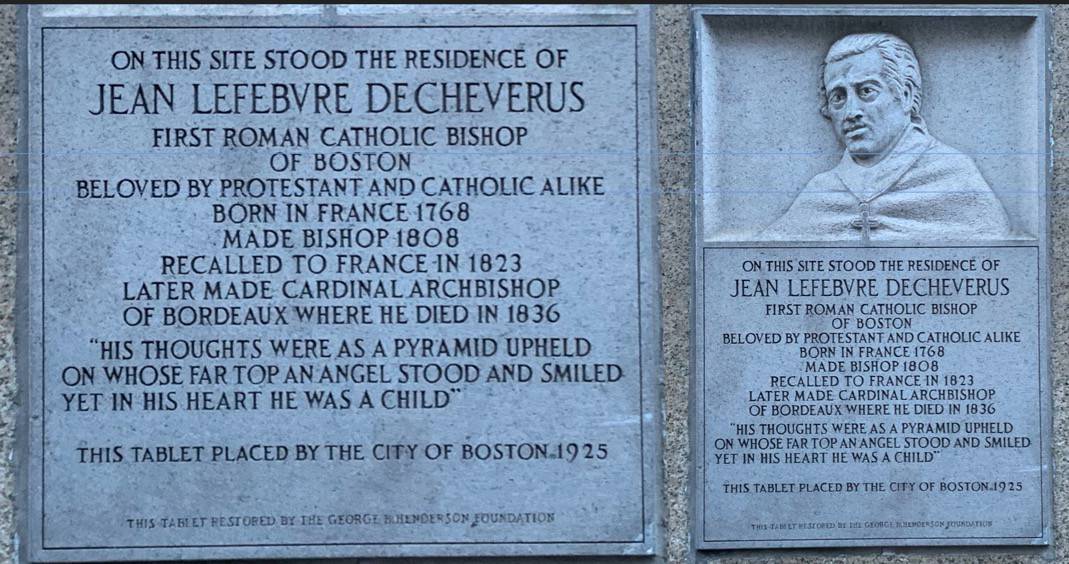 Boston is a great historic city. It's known as the "birthplace of the American Revolution" because many historic events took place here.

There are hundreds of historical sites of the American Revolution for visitors to explore.

You can find all the "Official Historical Sites" on the Boston Landmark Commission Map. 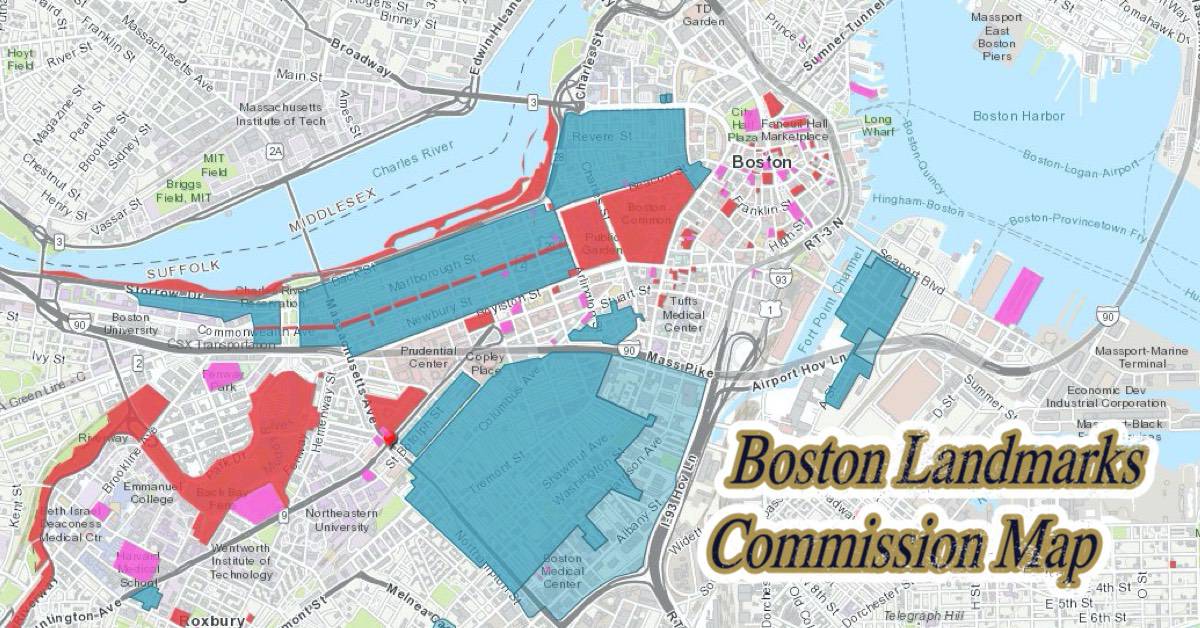 This is a useful map to see all the important places to check out. Simply click on an object and get more information about that location.

You may notice that many "popular" spots are missing from this map, such as Paul Revere House, Old North Church, etc. Many of those sites were protected before the Boston Landmark Commission existed.

Since 1977, The Boston Landmark Commission job is to help preserve important buildings and locations around the city. Its role is not just limited to century-old architecture but all historic structures.

You can get the download the status of petitions from the City of Boston.

Listings on the National Register of Historic Places is an honorary designation by the federal government. The listing recognizes the site is historically significant at the local, state, or national level. Projects involving federal or state funding are reviewed, but there is no protection against demolition.

Designated Boston Landmarks, including buildings in Historic Districts, have a higher level of protection. Commissioners must review and approve any changes. They base their decisions on guidelines developed through a public process. 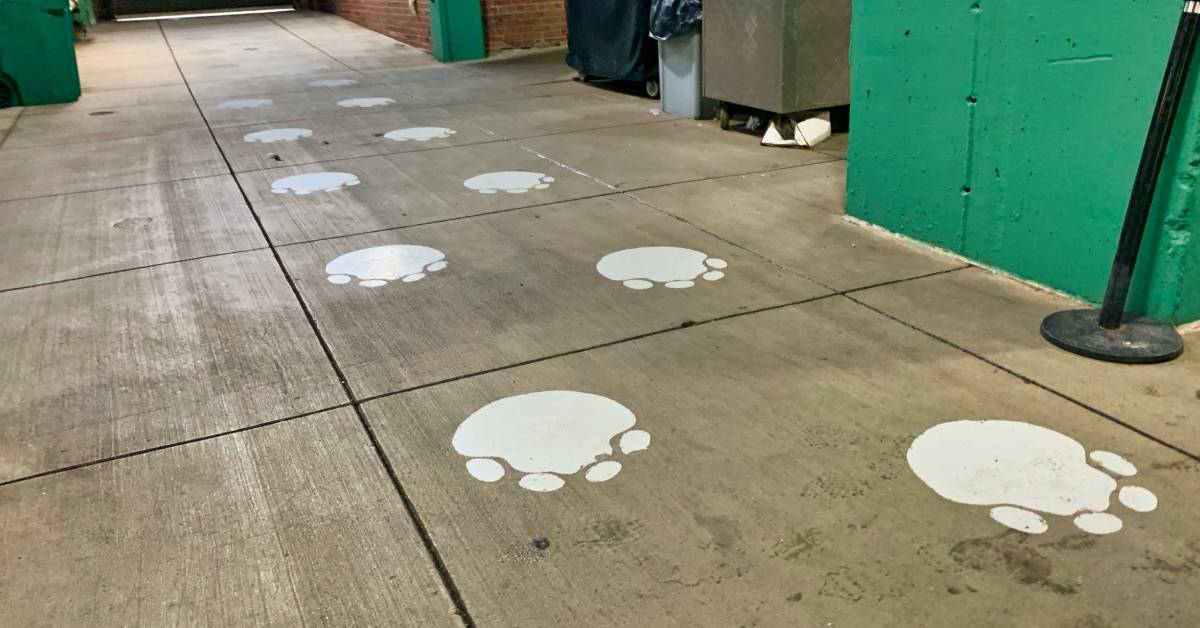 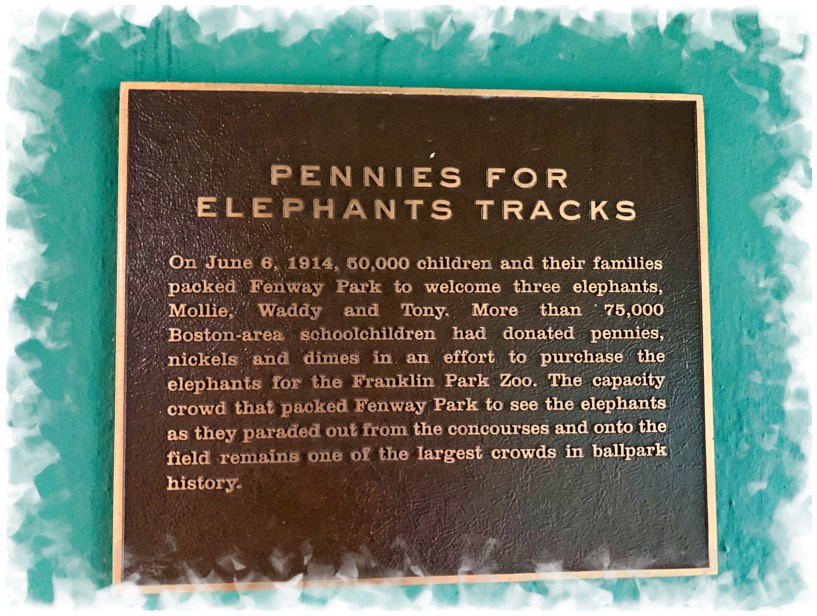 There were a lot of great Boston blog posts in 2019. It was really hard to find the ones that stood out more than others.

After reviewing all the posts, I was able to identify the posts that made a big impact on readers this year. Nine Outstanding Posts in 2019

The tradition continues in 2020 - Every Thursday expect to see another exciting Boston post.

I will focus on better photos, unique stories and focus more post in 2020 to visitors to Boston.

If you have any post that you would like to see, let me know in the comments below.

This is a wonderful time of the year to be in Boston at night. Granted that it is cold, but you should miss all the bright lights around the city.

There are plenty of places to park in Boston, one of the largest parking garages in Boston is at the Prudential Mall. 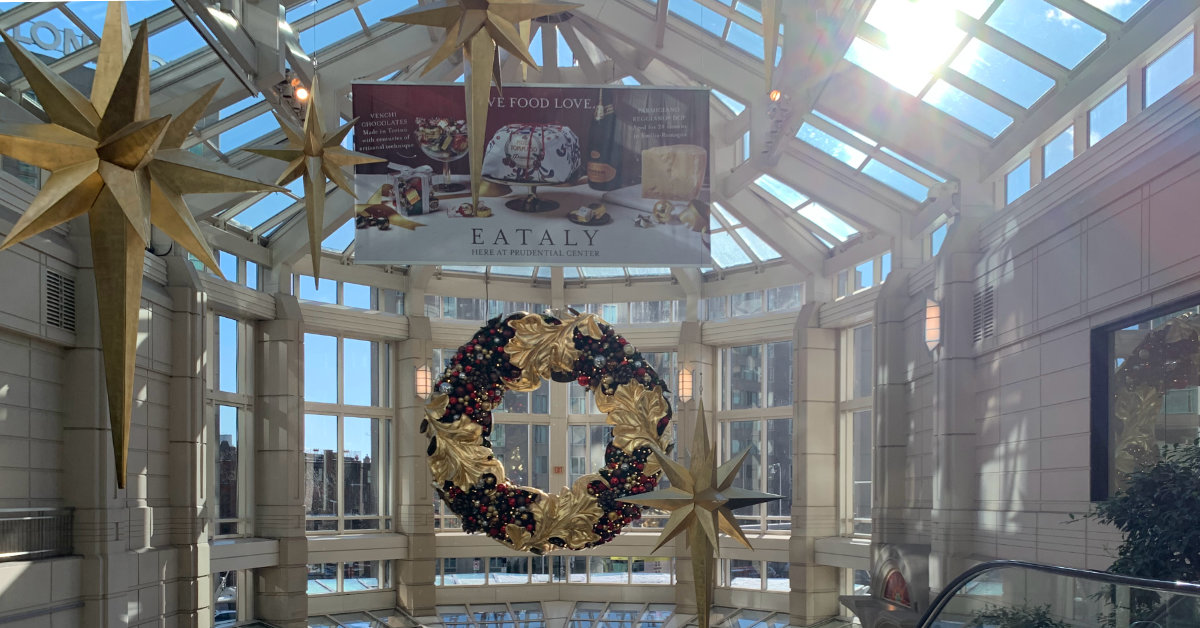 You can validate your parking ticket at any venue in the Prudential Mall. (You do need to spend at least $10) Dunkin Donuts is included - which is perfect for the ride home!

Tips with Parking at the Pru

Pay attention to where you enter the Mall - there are many elevators/escalators that will get you up in the Mall.

The garage can be confusing if you go back in using a different elevator. (You may end up like the classic Seinfeld episode where they get lost in the Garage.)

Some Mall Entrances are in stores that may close early. Make sure to read signs that let you know when that entrance is closed.

Most of the first floor of the garage is reserved for monthly parking holders. When you enter the garage just go to the second floor.

The best entrance into the garage is off of Huntington Ave.

To get back on the MassPike, use the Dalton Street Exit, take a left on Boylston Street and then a right on Massachusetts Ave. Then stay in the left lane for the Mass Pike Entrance - West Bound.

Last year I wrote about the William Ellery Channing statue at the corner of Arlington Street and Boylston Street.

William Ellery Channing lived not too far from the Arlington Street Church where he was a well-respected speaker. His house was located on Beacon Hill - 83 Mount Vernon Street - about a 15-min walk to the Church.

There is a small marker to let people know about the previous owner. 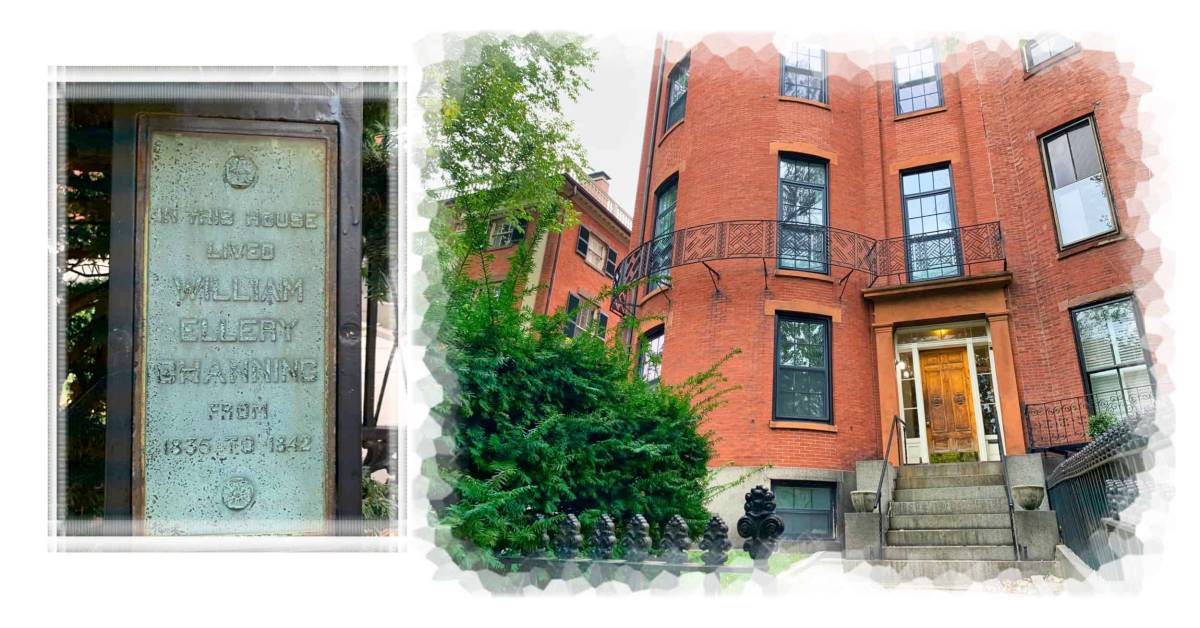 Six Things I learned about this house 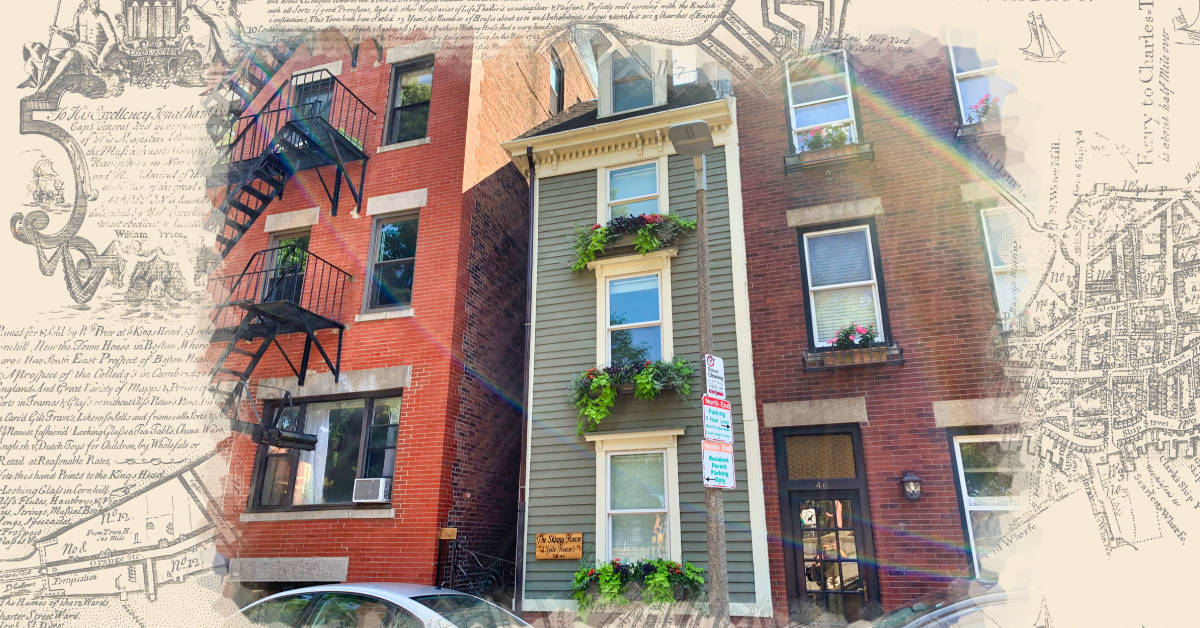 Seven Things I Learned about this Location

Joseph Eustis, a shipbuilder, built the house in 1804 - Listed as one of the 100 oldest building in Boston. (Some records have the house being built in 1884.)

He was forced to build the house of that size because his brother built a larger house on a property by their deceased Dad. He challenged Joseph to try to build a house on such a small piece of property.

The House spans 10.4 feet at the widest point.

You can only enter the house in the back alley. Did you notice that there's no front door on Hull Street?

Today as you walk by the house you'll see a sign that reads, "The Skinny House (Spite House) Est. 1862." The term Spite House refers to how Joseph Eustis built the house to irritate his brothers for not leaving him enough land. Instead of keeping the space empty he built a house to block the sun from his brother's house.

The 35th President of the United States gave the following Thanksgiving Proclamation 57 years ago:

Over three centuries ago in Plymouth, on Massachusetts Bay, the Pilgrims established the custom of gathering together each year to express their gratitude to God for the preservation of their community and for the harvests their labors brought forth in the new land. Joining with their neighbors, they shared together and worshipped together in a common giving of thanks. Thanksgiving Day has ever since been part of the fabric which has united Americans with their past, with each other and with the future of all mankind.

It is fitting that we observe this year our own day of thanksgiving. It is fitting that we give our thanks for the safety of our land, for the fertility of our harvests, for the strength of our liberties, for the health of our people. We do so in no spirit of self-righteousness. We recognize that we are the beneficiaries of the toil and devotion of our fathers and that we can pass their legacy on to our children only by equal toil and equal devotion. We recognize too that we live in a world of peril and change--and in so uncertain a time we are all the more grateful for the indestructible gifts of hope and love, which sustain us in adversity and inspire us to labor unceasingly for a more perfect community within this nation and around the earth.

Now, Therefore, I, John F. Kennedy, President of the United States of America, in accord with the joint resolution of Congress, approved December 26, 1941, which designates the fourth Thursday in November of each year as Thanksgiving Day, do hereby proclaim Thursday, the twenty-second day of November of this year, as a day of national thanksgiving.

I urge that all observe this day with reverence and with humility.

Let us renew the spirit of the Pilgrims at the first Thanksgiving, lonely in an inscrutable wilderness, facing the dark unknown with a faith borne of their dedication to God and a fortitude drawn from their sense that all men were brothers.

Let us renew that spirit by offering our thanks for uncovenanted mercies, beyond our desert or merit, and by resolving to meet the responsibilities placed upon us.

Let us renew that spirit by preparing our souls for the incertitude's ahead--by being always ready to confront crisis with steadfastness and achievement with grace and modesty.

Let us renew that spirit by concerting our energy and our hope with men and women everywhere that the world may move more rapidly toward the time when Thanksgiving may be a day of universal celebration.

Let us renew that spirit by expressing our acceptance of the limitations of human striving and by affirming our duty to strive nonetheless, as Providence may direct us, toward a better world for all mankind.

In Witness Whereof, I have hereunto set my hand and caused the seal of the United States of America to be affixed.

DONE at the City of Washington this 7th day of November, in the year of our Lord nineteen hundred and sixty-two, and of the Independence of the United States of America the one hundred and eighty-seventh.

As you walk around Faneuil Hall and Quincy Market you may see some strange signs. One of these signs are warnings about the Fake Monk Mafia.

These signs seem a bit out of place, and certainly make people think - why are these signs here? What are these people doing that so bad? 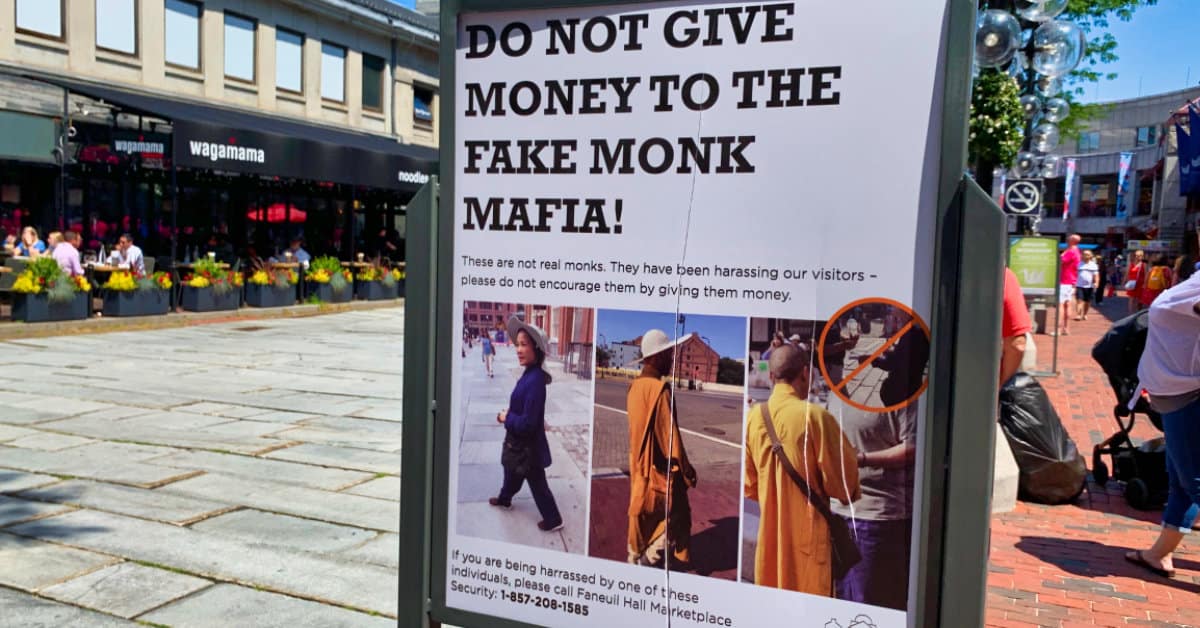 Things I Learned About the Signs

Not a Boston Problem

The Fake Monks are a problem in major cities around the world. Just about every popular tourist spot has men posing as Buddist monks harassing passers-by for money and react angrily when told no or when ignored.

Stories from around the Internet:

Do Not Give Money to the Fake Monk Mafia!

These are not real monks. They have been harassing our visitors - please do not encourage them by giving them money.

Is you are being harassed by one of these individuals. please call Faneuil Hall Marketplace Security: 1-857-208-1585.

In the Boston Commons is a commemorated plaque of Commodore John Barry. It lists all the accomplishments that he did to help win the American Revolution. 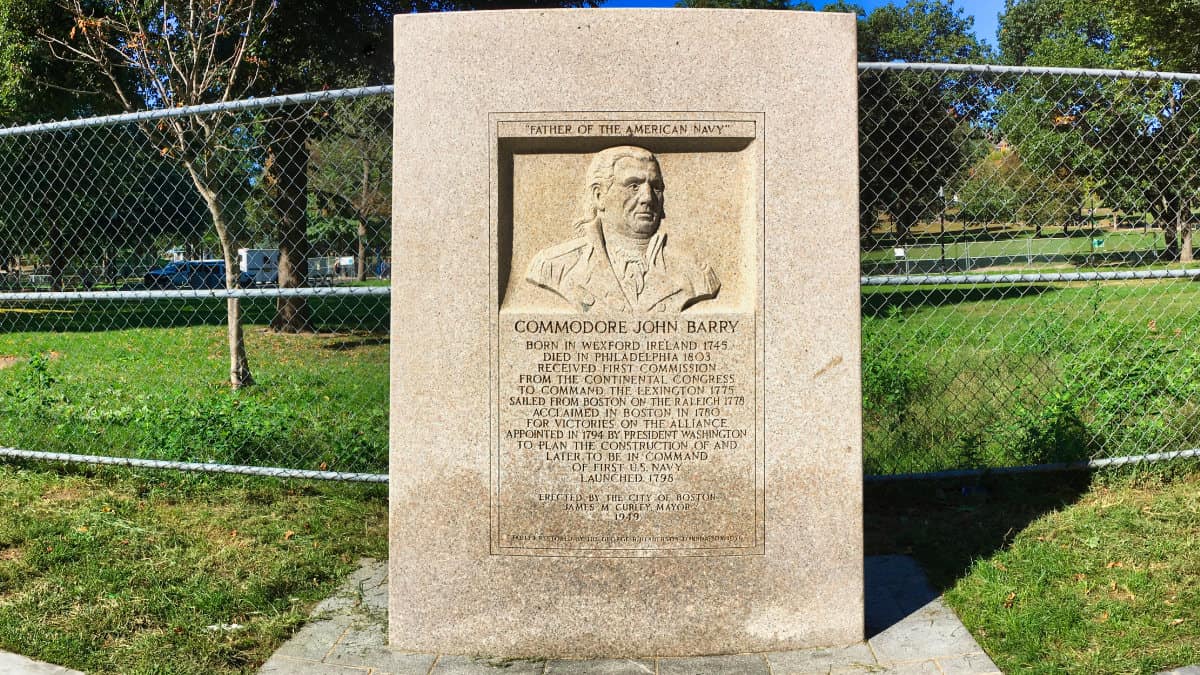 Interesting Facts about John Barry and the Memorial.

Text of the Memorial

The Tablet is located on the Boston Commons on Tremont Street near Template Place.