Boston has had a mild winter this year. While, February 5th is the official the middle of Winter. Many Bostonians feel that its usually not until the end of February when you get a sense of the kind of winter it will be.

Yesterday I saw an early sign of Spring in Boston's Back Bay: 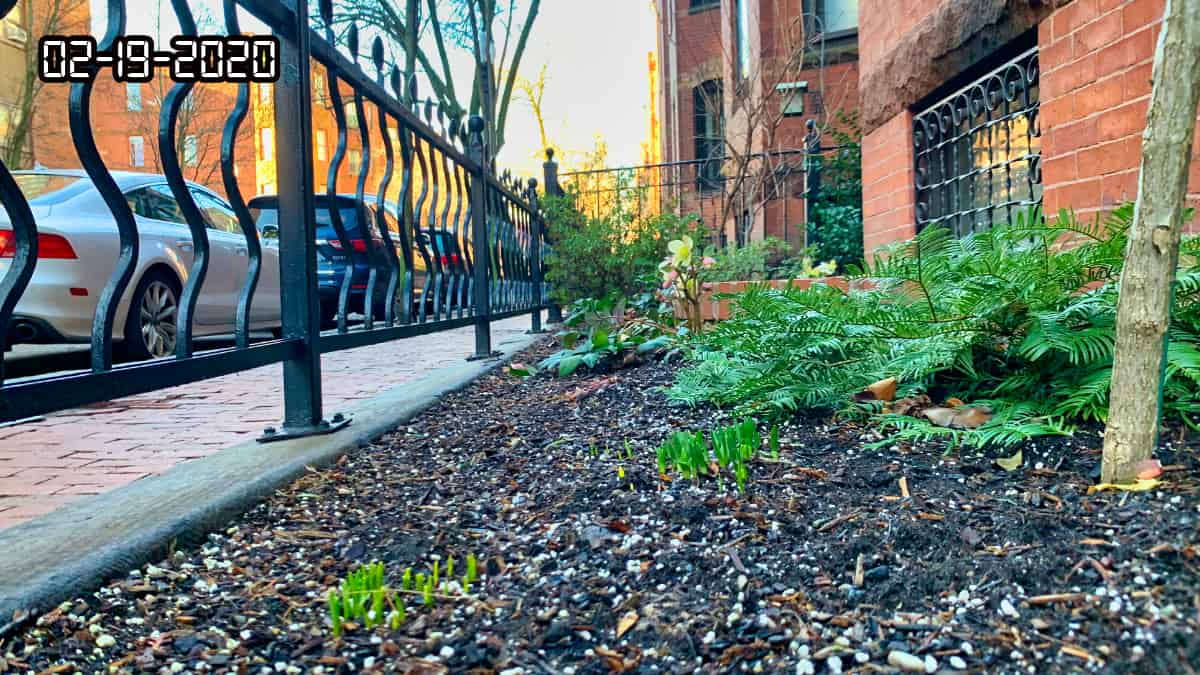 Yes, those are early Spring flowers popping out of the ground.

This was taken on St. Botolph Street, which is located next to Coply Place mall.

How Much snow accumulate in Boston?

According to Current Results Boston tends to get very little snow in March and April.

Fun Facts About Snow and Boston

Fun Fact: in the 123 year history of the Boston Marathon there has never ever been a cancelation because of the amount of snow that was on the ground.

Fun Fact: According to the Farmers' Almanac's Extended Forecast 2020 the Northeast is expected to more than the average amount of snow fall for the remainer of the season.

Fun Fact: The most snow that has fallen in Boston was during the 2014-2015 Winter season when 108.6-inches of snow fell. It was also one of the most challenging times for the MBTA Commuter rail as there were numerous train delays and cancelations.

Fun Fact: One of the worst days was February 17th, 2015, where trains were experiecing more than 60-minute delays.