Every Saturday morning, I'll feature a cool Internet website that I find very useful. The basic premise is to highlight sites that I visit all the time to do some task. All sites featured are personal recommendations and are not sponsored advertising. If you know of any site that should be included, let me know!

Every Saturday morning, I'll feature a cool Internet website that I find very useful. The basic premise is to highlight sites that I visit all the time to do some task. All sites featured are personal recommendations and are not sponsored advertising. If you know of any site that should be included, let me know!

Photo Effects can really help make the most out of a dull picture. Tuxpi.com has a lot of cool effects that can help brighten up a picture.

This is a good site to use since the effects are very simple to apply and you can mix effects up to add a more dramatic effect. 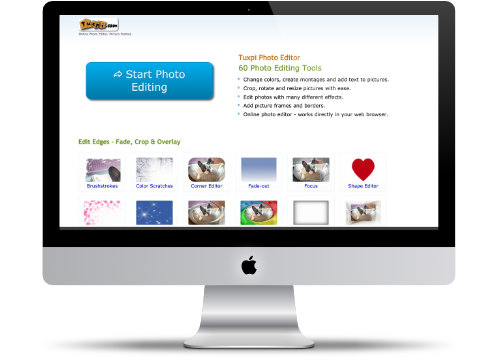 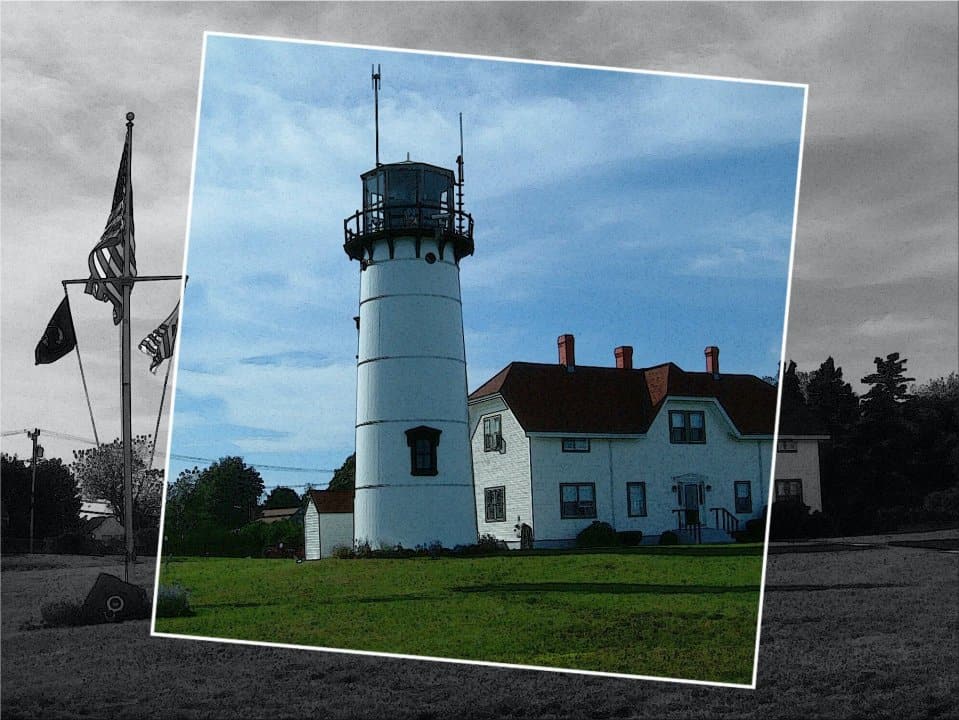 I added the "Photo to Painting" and Focus effect to a photo. 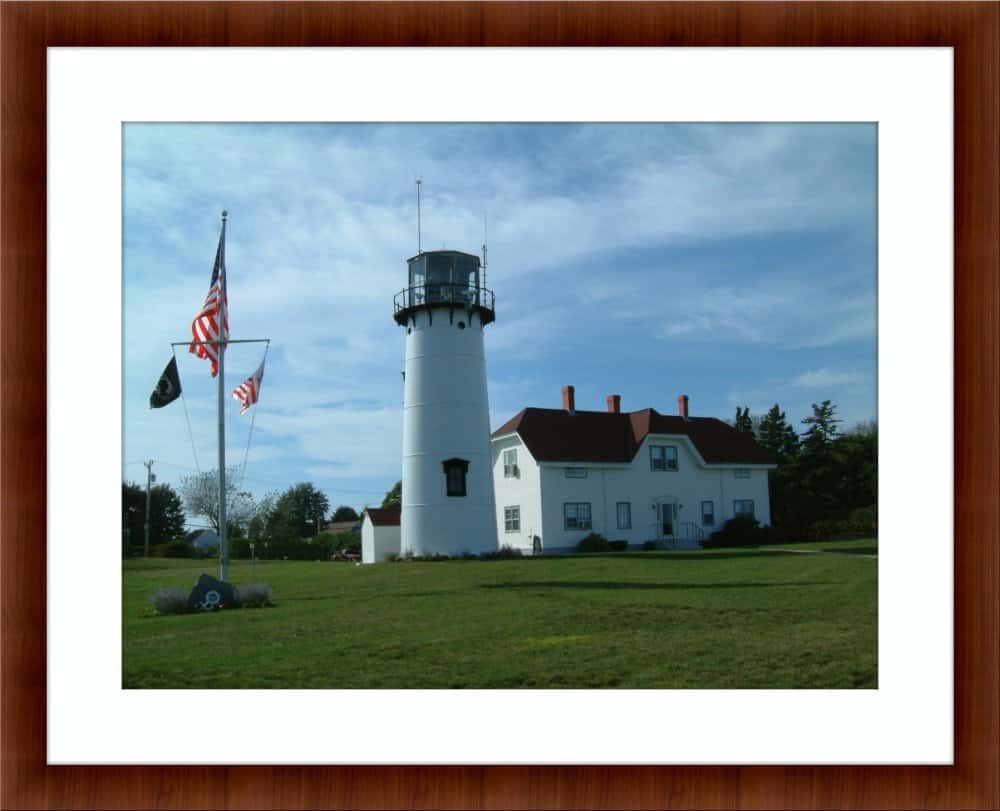 Sometimes a message stands out on an image with a sticky note. The Sticky-Notes Generator over at Webestools makes it easy to do that.

The Sticky Note Generator has 12 different styles and 59 fonts to make your style unique. It takes a bit to properly fit the image on the note. I found that I had to play around with the Horizontal and Vertical positions to make the text-align perfectly on the image. 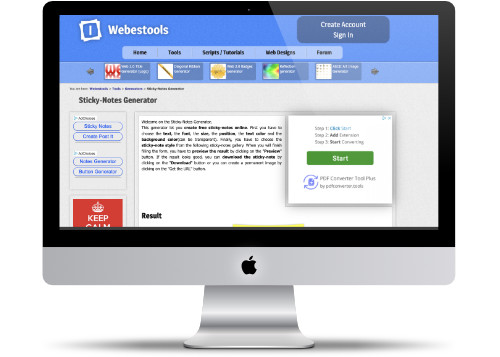 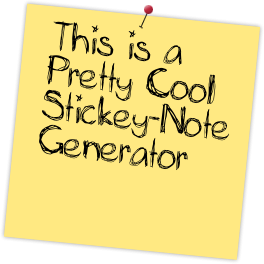 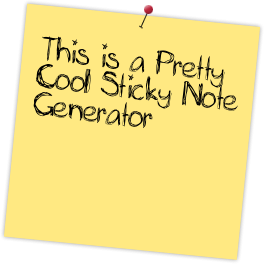 The Random Binary Number Generator is a fun way to generate numbers. You can use this as part of a background or design for a blog or social media post.

You can generate a very large set of random binary numbers so the image pattern looks unique.

5000 random binary digits. Reload the page (F5) to reset the numbers. Or try the other memory training scripts. 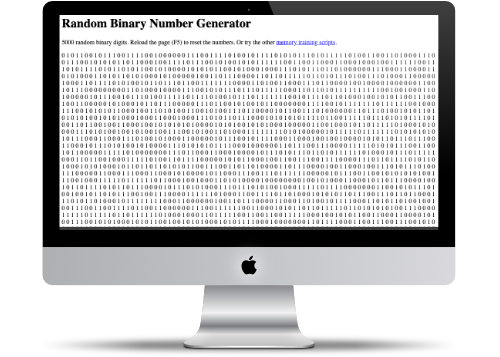 Here are a couple of sample designs that were generated using the Random Binary Number Generator and Affinity Photo and Photoscape X. 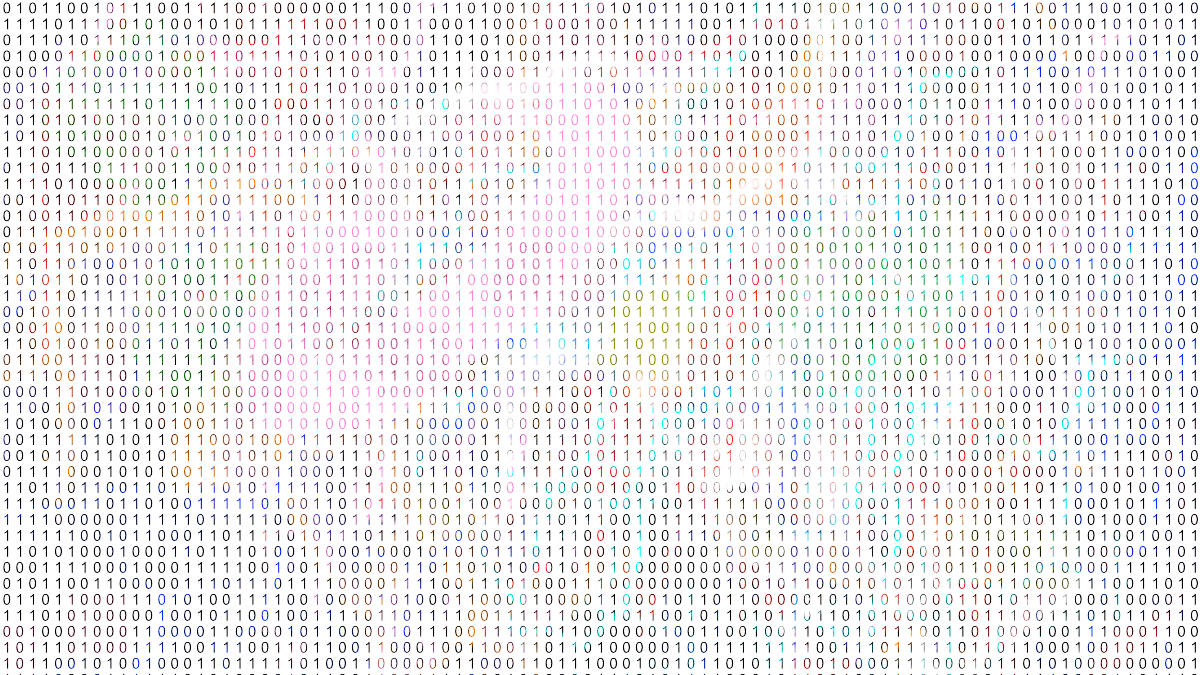 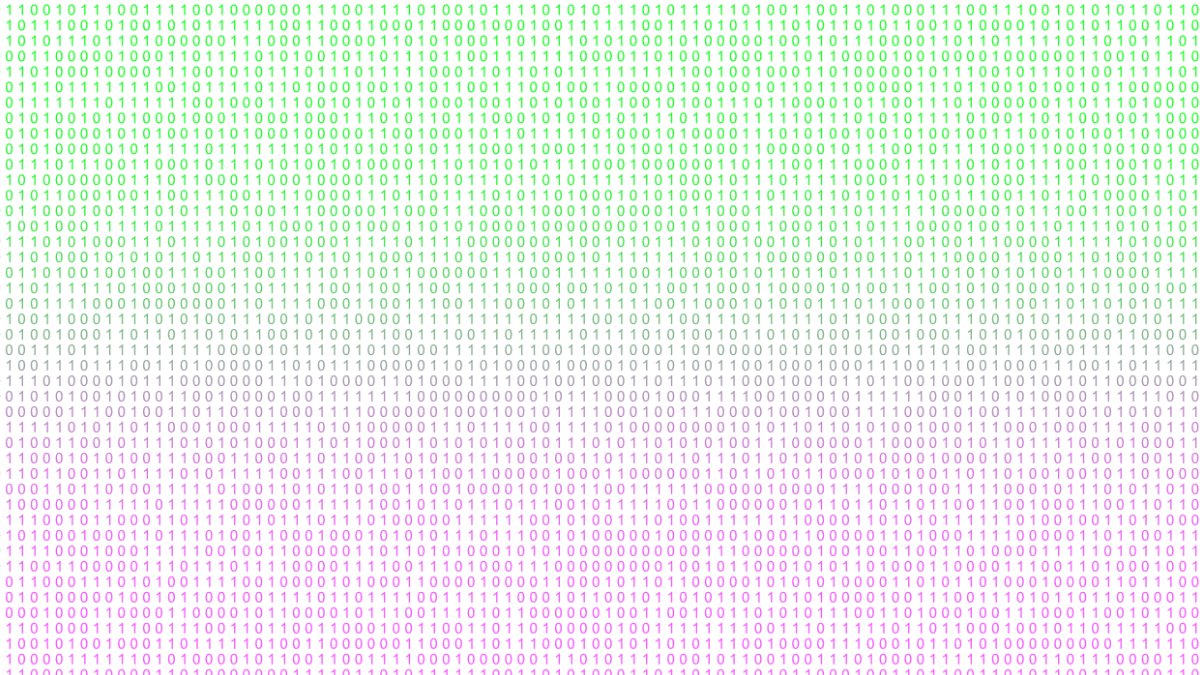 This year we featured a lot of cool internet tools - many of them free. There were some great graphics tools to internet utilities.

It was difficult to pick the right tools to feature for the annual end-of-year wrap-up. But the following tools are selected based on popularity and practicality. 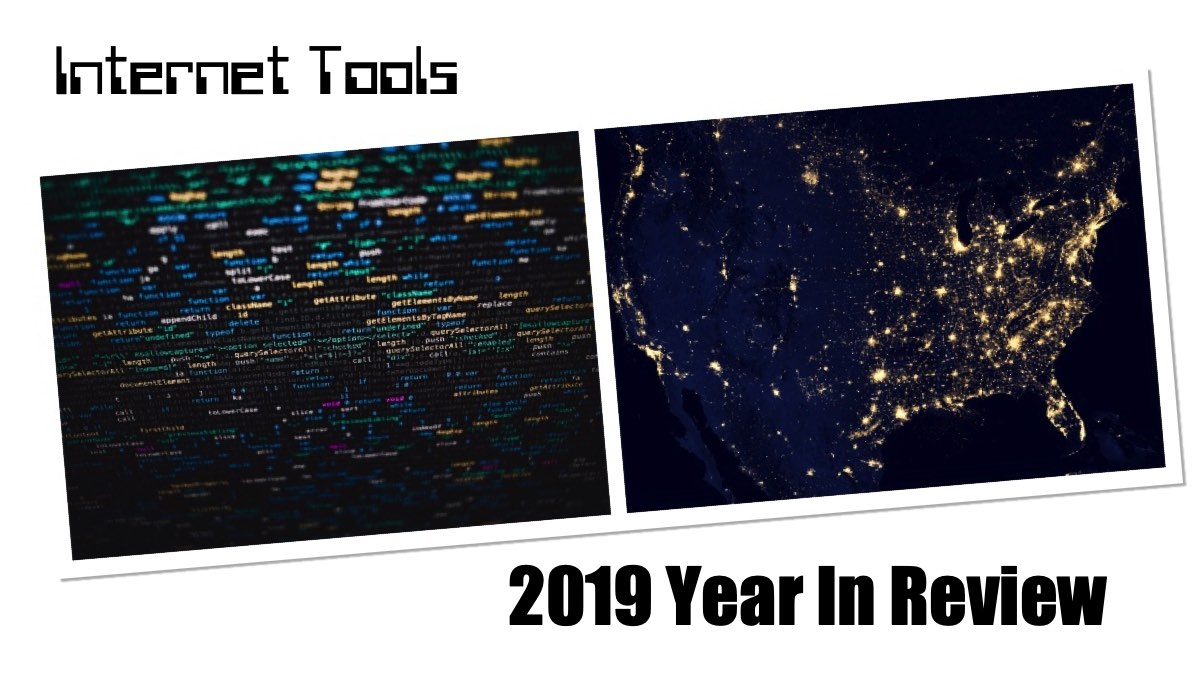 Top 9 Internet Tools Worth Checking Out

Next year, I'll focus more on a category each month. For example, in January, Internet tools featured will be for creating Blog graphics. February might be internet tools for the home office.

Ugly Sweaters are now all the rage. Companies are having Ugly Sweater contests just to spice things up in the office.

Thanks to Coco Bongo, you can generate an online graphic version of the Ugly Sweater.

The site is fun, and you can come up with a lot of crazy ideas. The images are the perfect size to announce the Ugly Sweater contest on Slack.

You are Christmas lover? Or you hate it? Anyway, here is our personal experiment for these Christmas where you can generate and customize as you like your ugly Christmas sweater.

We have created a pixel editor that combines animations, patterns, typographies, and colors, resulting in more than 200M different designs. A GLSL shader transforms each pixel into a sewing knot and thus achieve the most realistic look possible. Finally, we can export the WebGL canvas in animated GIF format to download and share.

The CocoBongo team wishes you a Merry Christmas! 'or not. 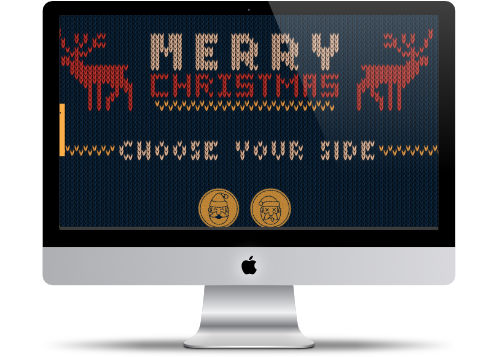 Compress images is critical for any website project. One of the most popular services is ReSmush.it.

ReSmish.it is a viable replacement for the old Yahoo Smush.it.

This isn't an online drag/drop feature at reSmush it. It's actually integrated into other services such as Wordpress, Drupal, Magento and other CMS tools. The most popular access is via JSON Webservice calls.

If you don't have those services, you can download the command line client from GitHub. It's a quick command line install. However, if you're not familiar with Homebrew, it may not be for you.

reSmush.it is a FREE API that provides image optimization. reSmush.it has been implemented on the most common CMS such as Wordpress, Drupal or Magento.

Moreover, reSmush.it is the most used image optimization API with more than 2.7 billions images already treated, and is still totally Free of charge !

Our competitors are Kraken, ImageOptim or ShortPixel, but they're not free :(. 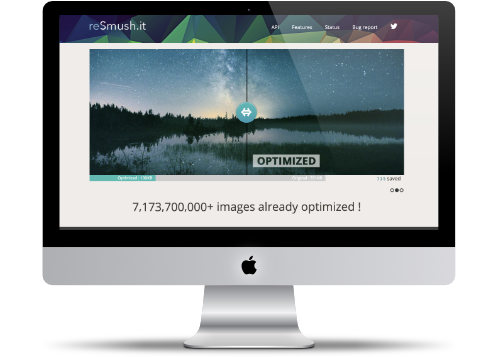 The CLI client install from GitHub was very easy. Any missing libraries files were auto-installed - as I didn't have the latest curl or jq. After installing, I moved the resmushit-cli.sh file to /usr/local/bin so that I could run the command everywhere.

The `resmushit-cli.sh` doesn't support HEIC format and files have to be less than 5MB. This is a free service, so I am not complaining.

I am working on writing a Python script for Dropzone so that I can just drag and drop images to be compressed. Once completed, I'll upload the Action here.

Facebook is becoming a popular place to find videos. There are all sorts of creative videos to be found. Facebook does a good job suggesting videos for you to watch.

Every once in a while, you'll find a video that you may want to watch offline - that's why Facebook Video Download from Getfvid comes in handy.

Getfvid is one of the best tools available online for convert videos from Facebook to mp4 (video) or mp3 (audio) files and download them for free - this service works for computers, tablets and mobile devices.

All you need to do is to enter the URL in the text box provided and use the button labeled "Download" to download the video in the available format.

The usage of our website is free and does not require any software or registration. 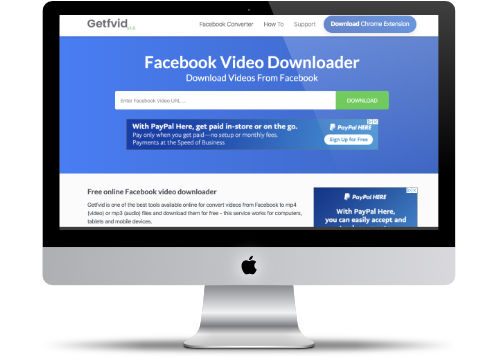 How Big Is My Browser

An easy way to figure out your current browser size, without having to install an extension is to use HowBigIsMyBrowser.com

This is an easy site that gives you the current viewing size of your browser window. It's handy to have when trying to debug an issue. Also useful when creating websites and determining the best default size to target to.

Because you have to allow for the scroll bars and window chrome. If you're specifically targeting mobile browsers, then 320 pixels wide might be a good choice, although mobile browsers typically scale content to fit the view width, so 950 or 960 pixels wide can be great. 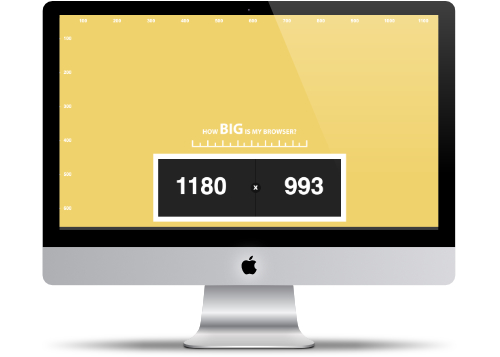 Check it out right now to see what you're currently viewing this site as!

Placeholder images are essential for QA and Designers. There useful for QA to make sure website uploads are handling certain image sizes. Graphic designers find them useful to show image size targets in certain designs.

imgplaceholder.com is a great site to generate all sorts of images. You can have any color type, message, and icons in the generated graphic.

Placeholder.com is a free image placeholder service for web designers, serving billions and billions of images each year. 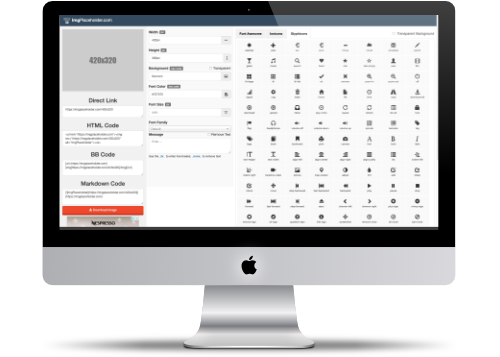 I need A prompt

I Need A Prompt is a cool site where you can get a random phrase generated. It's unique from other sites because you can select if the phrase should contain adverb, Adjectives, noun or location. 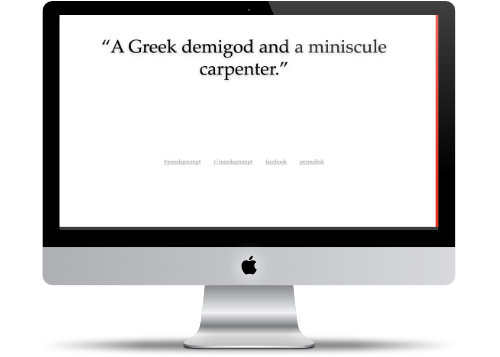