If you look carefully, you'll see a couple of markers on the Concord Street side of the park. This park is actually an old Indian Burial ground. 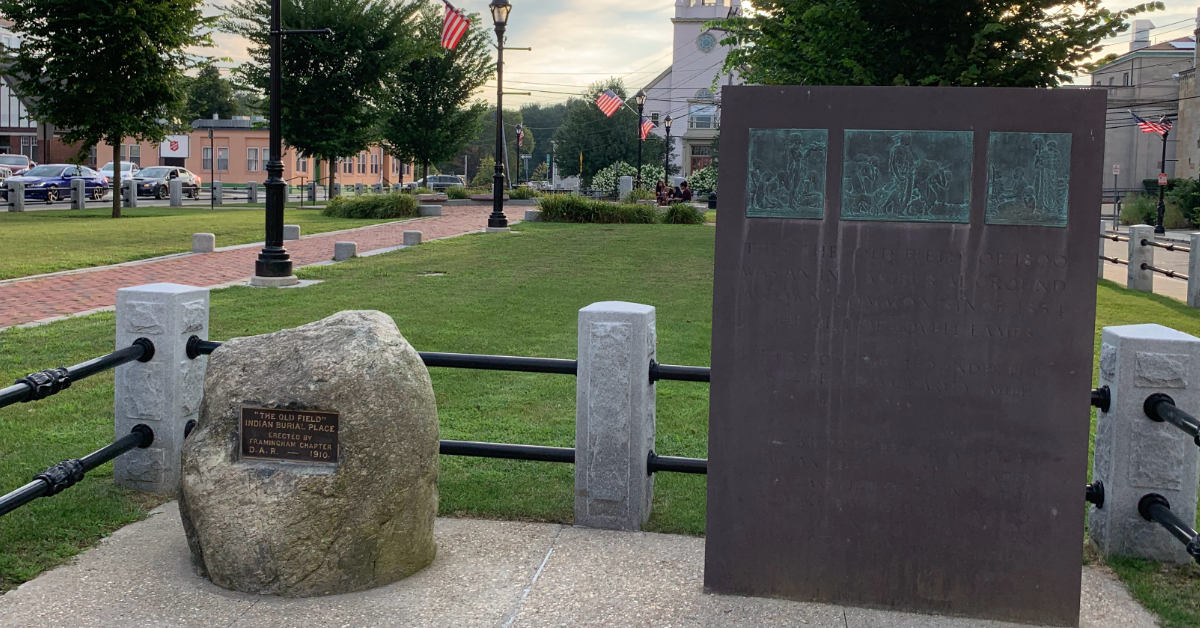 This is the Nipmuc Tribe graveyard - the final resting place of the chieftains and warriors.

This park used to be called the "the Old Field"

In 1693, Nathaniel Eames found this spot and cleared the area to make room for a cornfield. Nathaniel Eames would have known that it was a graveyard as the Indians had mounds of dirt or stones above the graves.

When building the Baptist meeting-house an Indian grave was discovered. Along with skeleton remains, they found spearheads.

On June 17, 1910 - The small bolder and tablet was dedicated by the Framingham Chapter of the Daughters of the American Revolution.

Participating in the ceremony was Dorothy Boynton Eames, the daughter of Mr and Mrs George H. Eames and the eighth direct descendent of the Eames family that was massacred in 1676.

In 1946 - The granite stone marker was placed. (There isn't any information on the ceremony.)

This is the description on the granite stone marker:

This stone erected under the will of William Harvey Smith 1946

The bronzes represent local Indian Life The Center The carrying of corn to the hungry bay colonists in 1630. Over the nearby trail later called "Old Connecticut Path"