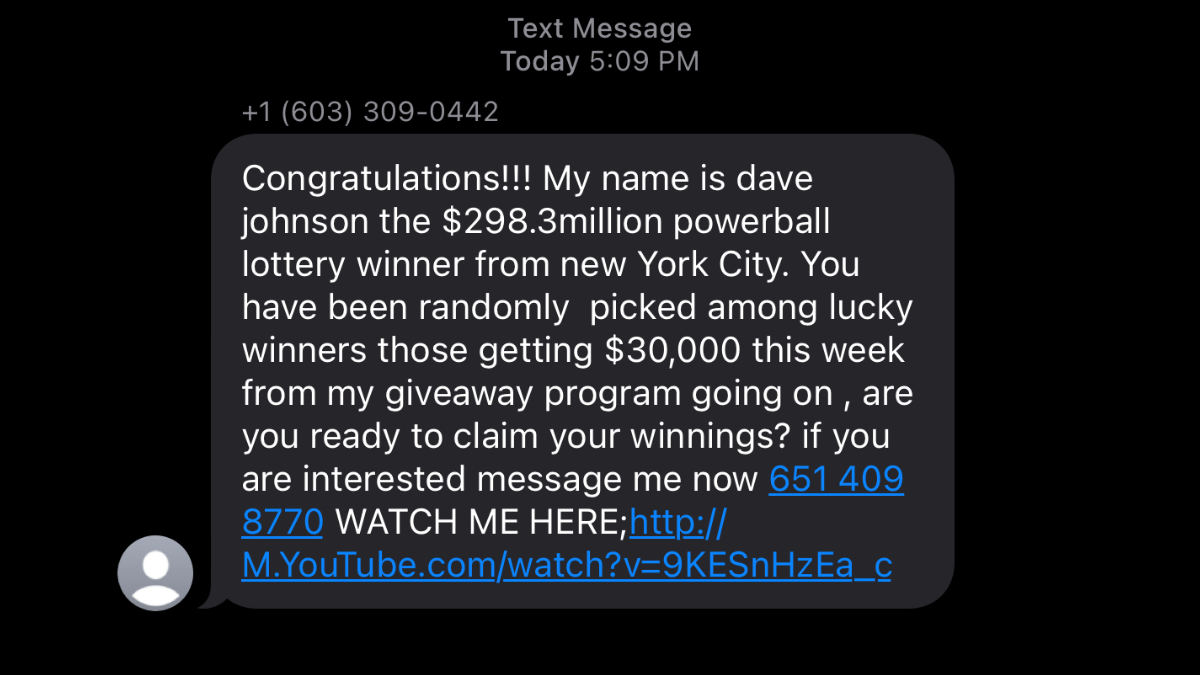 90% of the population will know this is the scam, but a few people may think it's legit. There is plenty of evidence that this is a scam, but in case you are unsure, here are three key things:

The name "dave johnson" should be Dave Johnson. Really who makes that mistake? Probably someone who doesn't write English as their primary language. (The same thing goes for New York City)

I won $30,000 from a giveaway program in a contest that I didn't know about or entered. How did you get my number then-

Google the phone number (651) 409-8770 and the first result says the number is Spam/Fraud Potential.

Oh and by the way, if I really won $30,000, I would hope that you would communicate the message in a more personal form than a group text message.

How did they get my Number?

My phone number was likely found from some online survey that I filled out months ago. Did you notice that the message is very vague - nobody name is called out.

It could be a random number generator - but I think it's from some distribution list.

There's nothing to do but ignore the message. Likely the number that sent the message was spoofed.

At some point these scammers will stop when they get no attention.

Filed under the Misc category.