The Snag-it's "Capture All" feature is my new go-to screen capture. It really is an upgrade to the standard MacOX screen capture. If you're using Snagit - you should use it instead of the "image Capture" shortcut.

When you type the shortcut Control - Shift - O, you bring up the standard capture crosshairs to select the area you want to select. When you let go you get a little post-capture option - including the option to change the selection. Which is great because I can't tell you how many times when I do the capture and the selection wasn't 100% correct. 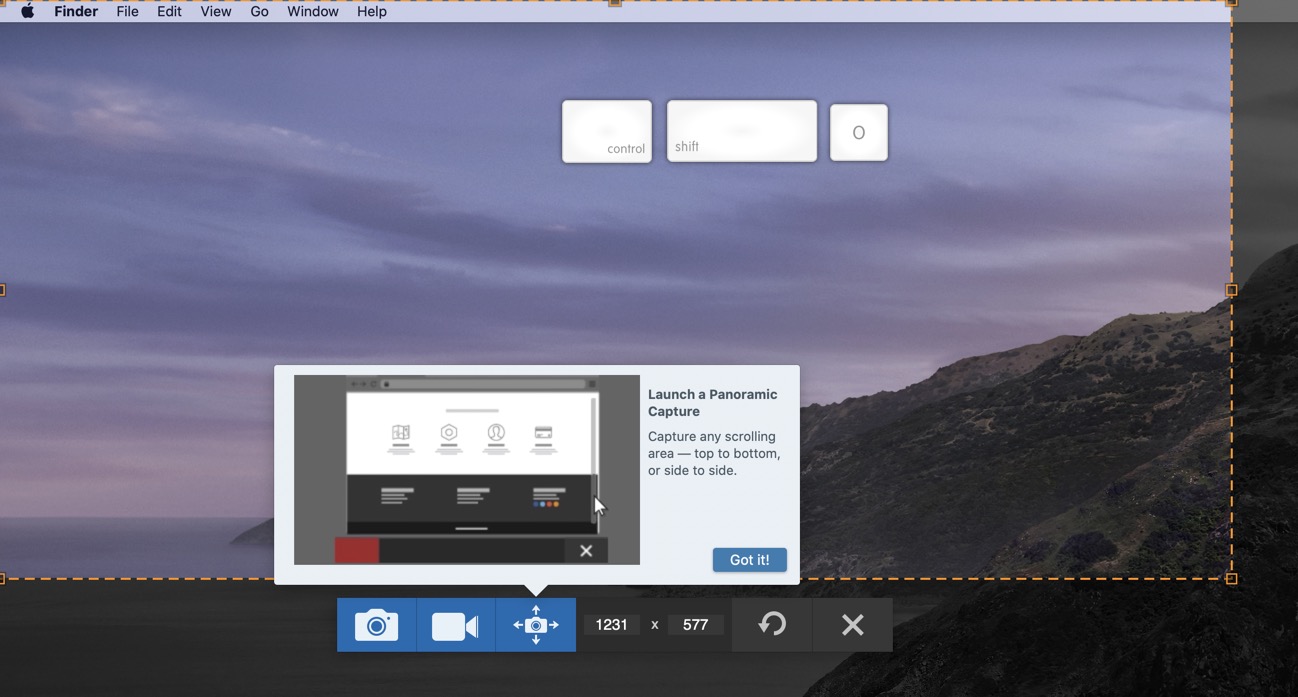 Five Reasons to Use All-in-One Capture

As mentioned above, the ability to change the selection after the initial capture can save a lot of time later.

Movie Capture - maybe you want to take a video instead of a screen capture. This is a quick way to start that process.

Undo - If the capture was taken at the wrong time, you can undo the selection. Saving you from generating useless files when doing bad screen captures.

Filed under the Macintosh category. - Permalink

As a Macintosh user since 1989, I will share some tips and tricks for using the computer and various accessories on Friday.