Make AppleScript Accessible in Any app

Adding a script menu to the menu bar is an incredibly useful feature that I recently discovered. This allows you to easily run AppleScript whenever you would like, without having to search for it in your Applications folder. This can be really helpful if you need to run a script regularly, or if you just want easy access to your scripts. 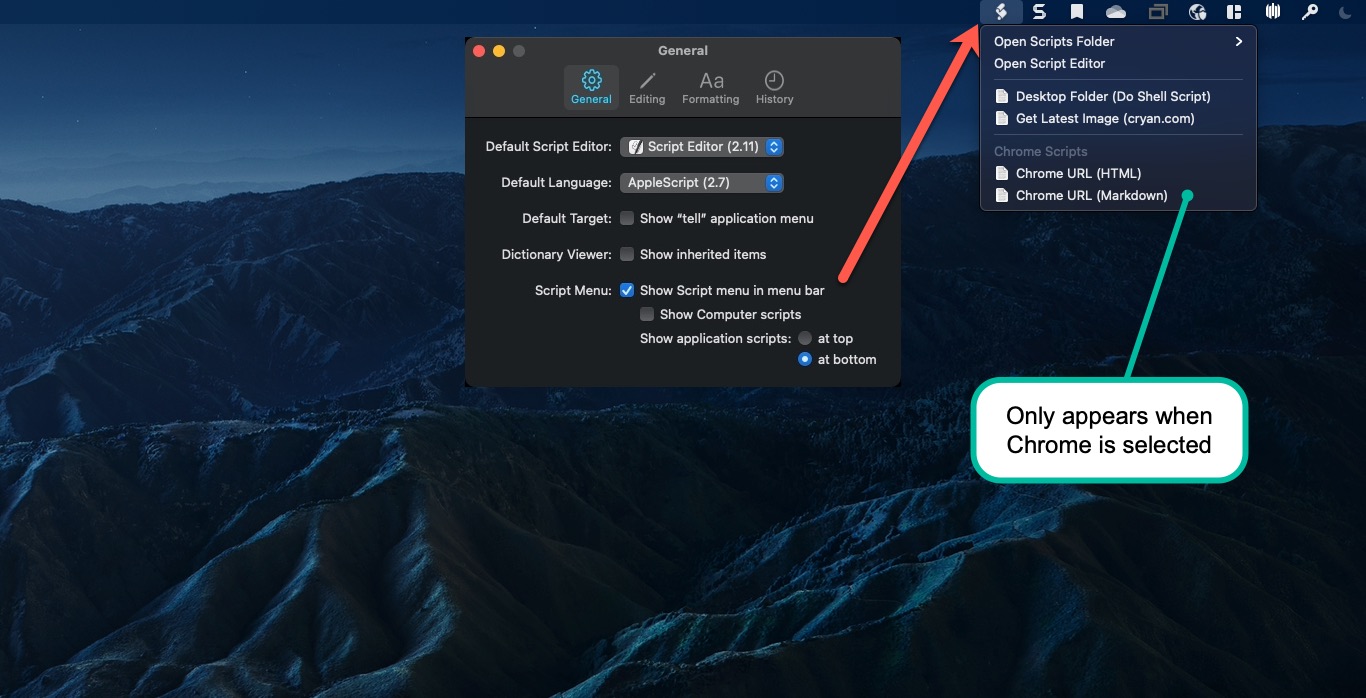 In the example above, I have two AppleScripts where I generate an anchor tag for HTML or Markdown. The script output is saved to the clipboard - ready to be pasted in any application.

Do you code in PHP, Python, or BASH? No problem, you can always have AppleScript run your code! Here's a sample line:

That one line of code will execute a Python Script. It can be modified to run any Shell command. Now you can run your code anyplace.

There isn't a way to assign shortcut keys to any AppleScript command.

This is the AppleScript that I wrote to generate the HTML tag of the active Chrome Browser: