Finding jQuery is being used and Adding if its Not

jQuery is a powerful JavaScript library that helps make web development easier. In addition to its many features, jQuery also includes a number of tips and tricks that can be useful for quality assurance developers. Some of these tips include using the .each() function to loop through arrays and objects, using the .filter() function to select specific elements from arrays or objects, and using the .map() function to create new arrays based on existing arrays. These tips can help make your code more efficient and easier to read, which can lead to better quality assurance results.

Quality assurance (QA) software testing is an important process in the development of any software application. By using jquery, you can make your QA testing process easier and more efficient.

jQuery is a JavaScript library that simplifies the process of writing code for web applications. It provides a wide range of features, including DOM manipulation, event handling, animation, and Ajax interactions. This makes it perfect for use in QA software testing.

jQuery can be used to test all aspects of an application's functionality. You can use it to simulate user interactions with the application, test its performance under different conditions, and verify that its output is correct. In addition, jQuery's cross-browser compatibility means that you can be confident that your tests will work on all major browsers. 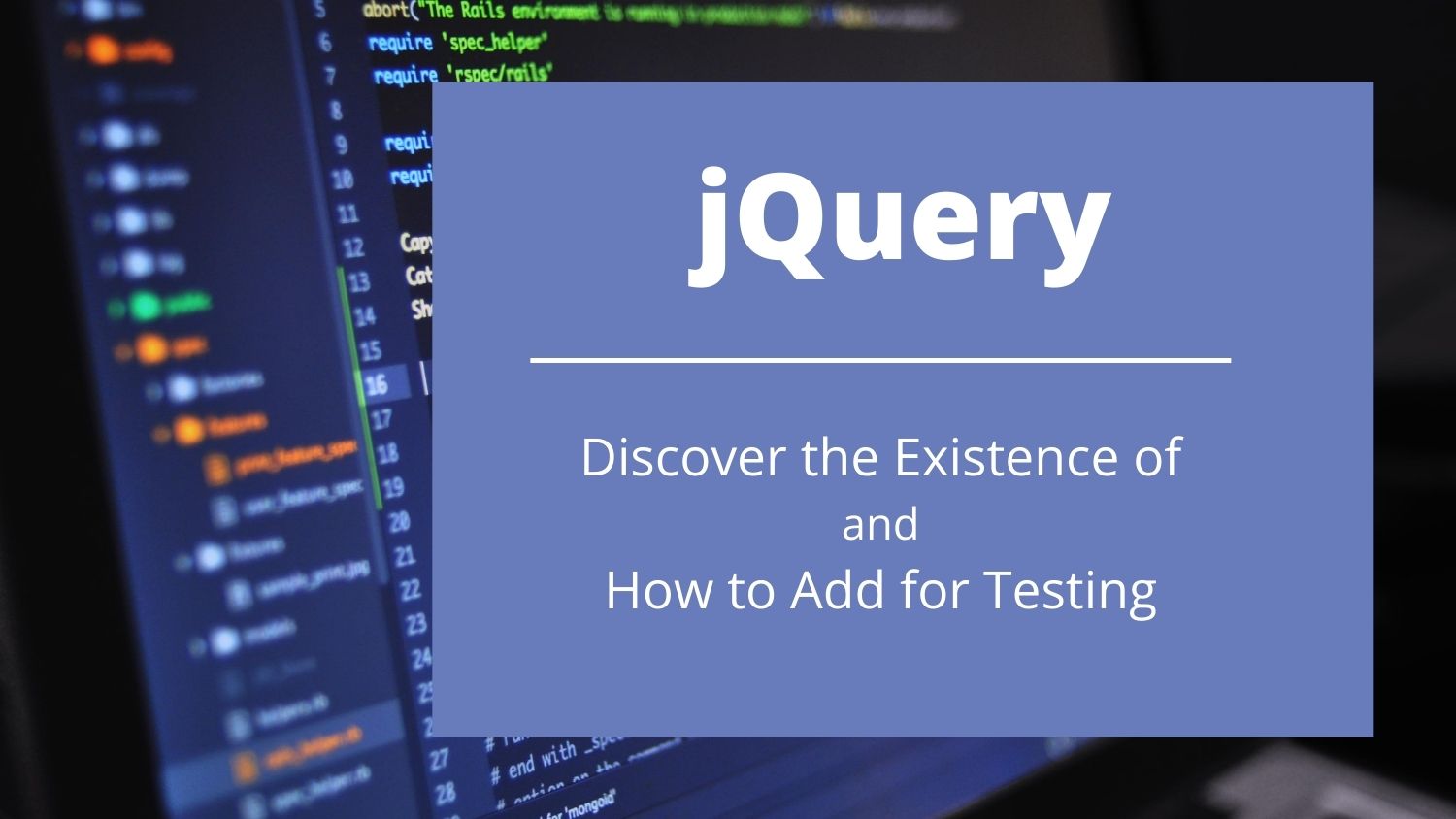 Check to see if JQuery exists

This is a simple command to see if a particular site is using jQuery:

This is a simple command to add jQuery to any website via the Chrome Console::

Now you can easily run your favorite jQuery commands, such as this one to check for the presence of IDs. This is an example code snippet to show IDs that don't have names: