In 2000, the United States Mint came out with a new one dollar coin called the Sacagawea dollar. This coin was unique because it was in a different color and size of the previous version. In addition, for the first time, an American coin featured a native Indian. 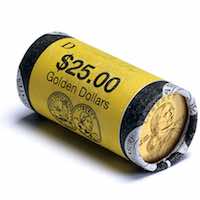 When the coin was announced, there was a lot of hype. Coin collectors went crazy grabbing the first editions. 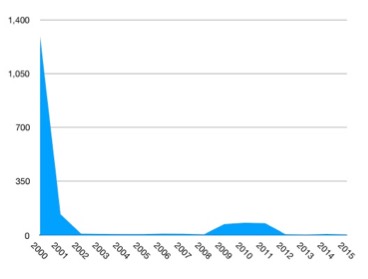 According to the Federal Reserve, it cost 5.4 cents to produce one paper dollar bill that lasts about 18 months.

It cost the US Mint 12 cents to make the Sacagawea dollar coin that last approximately 30 years.

In 2008, Congress required by law that all vending machines must accept the $1 Sacagawea dollar coin.

This clause applies to service contracts that involve business operations conducted in U.S. coin and currency, including vending machines, on any premises owned by the United States or under the control of any agency or instrumentality of the United States. All such business operations must be compliant with the requirements in paragraphs (b) and (c) of this clause on and after January 1, 2008.

(b) All business operations conducted under this contract that involve coins or currency, including vending machines, shall be fully capable of -

(1) Accepting $1 coins in connection with such operations; and

(2) Dispensing $1 coins in connection with such operations, unless the vending machine does not receive currency denominations greater than $1.

(c) The Contractor shall ensure that signs and notices are displayed denoting the capability of accepting and dispensing $1 coins with business operations on all premises where coins or currency are accepted or dispensed, including on each vending machine.

Interesting to note that there is no specific penalty if the contractor doesn't comply with the rules.

What's your experience with the Sacagawea dollar? Have you gotten it from any purchases recently?