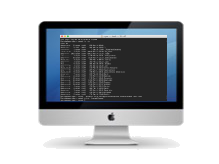 Using variables in Bash is easy to learn if you're familiar with PHP programming.

One of the first Web programming books that I found useful was "Perl by Example." It's a great book to learn various Perl functionality. ( I still have the book!)

So here are some Variable examples in BASH:

Basics of assigning a text value to a BASH variable:

You can pass additional parameters to you BASH script at run time:

In Bash $$ is the process ID, as noted in the comments it is not safe to use as a temp filename for a variety of reasons.

Filed under the Bash category. - Permalink

Some useful Bash tips and tricks that I have learned over the years.