Over the next few weeks, we'll do a deep dive into each one of these modes. The goal is to better understand when it's best to select that particular mode.

This week we look at the Manual Priority mode, otherwise known as the M on the camera mode dial. 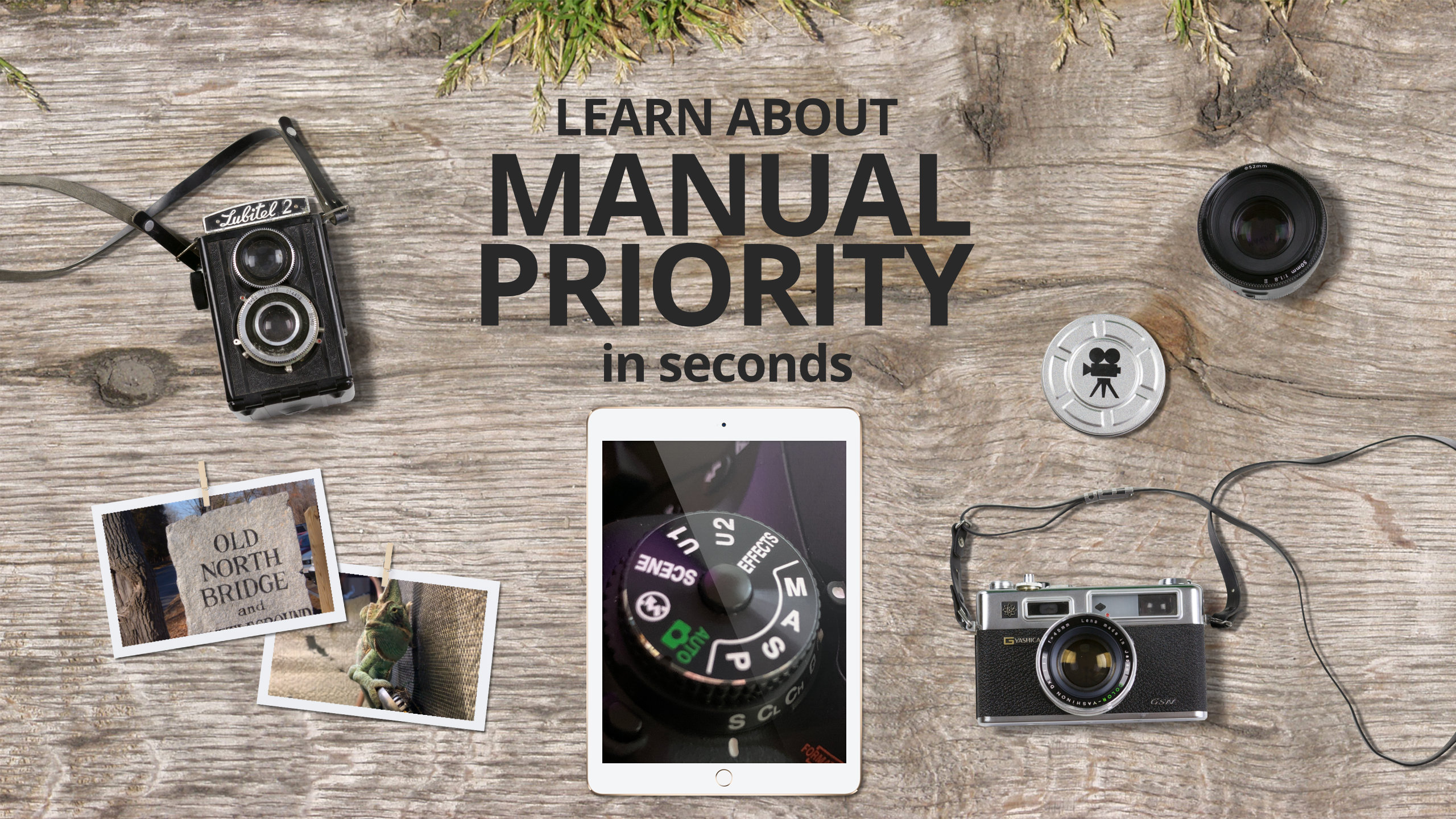 M is for Manual and M is also for Max Control. So when you want maximum control of your camera, using the 'M' mode is the way to go.

Manual Exposure Mode is when the photographer manually sets the aperture, ISO, and shutter speed all independently of each other in order to adjust exposure. This gives them full creative control over the output of the image.

This mode gives you the most power over their camera. It's great when you want total control of the Aperture, Shutter Speed, and Exposure.

When to Use the Manual Priority Mode

Once you mastered using Aperture, ISO, and Shutter Speed, you'll want to switch it to Manual mode to get more control over your shots.

This is a great mode to use when testing cameras at the store. You'll be able to see the limits of the camera without looking at the manual.

This is a great mode to use when taking photos of the fireworks show at Disney World. Make sure to play around with the settings - know what dials do what when you are in Manual mode. (Each Camera is different.)

Use this mode when you're looking for a particular effect that Auto isn't letting you do. For example, if you want a better motion blur of highway car headlights from a highway overpass.

This week we look at the Shutter Priority mode, otherwise known as the S on the camera mode dial. 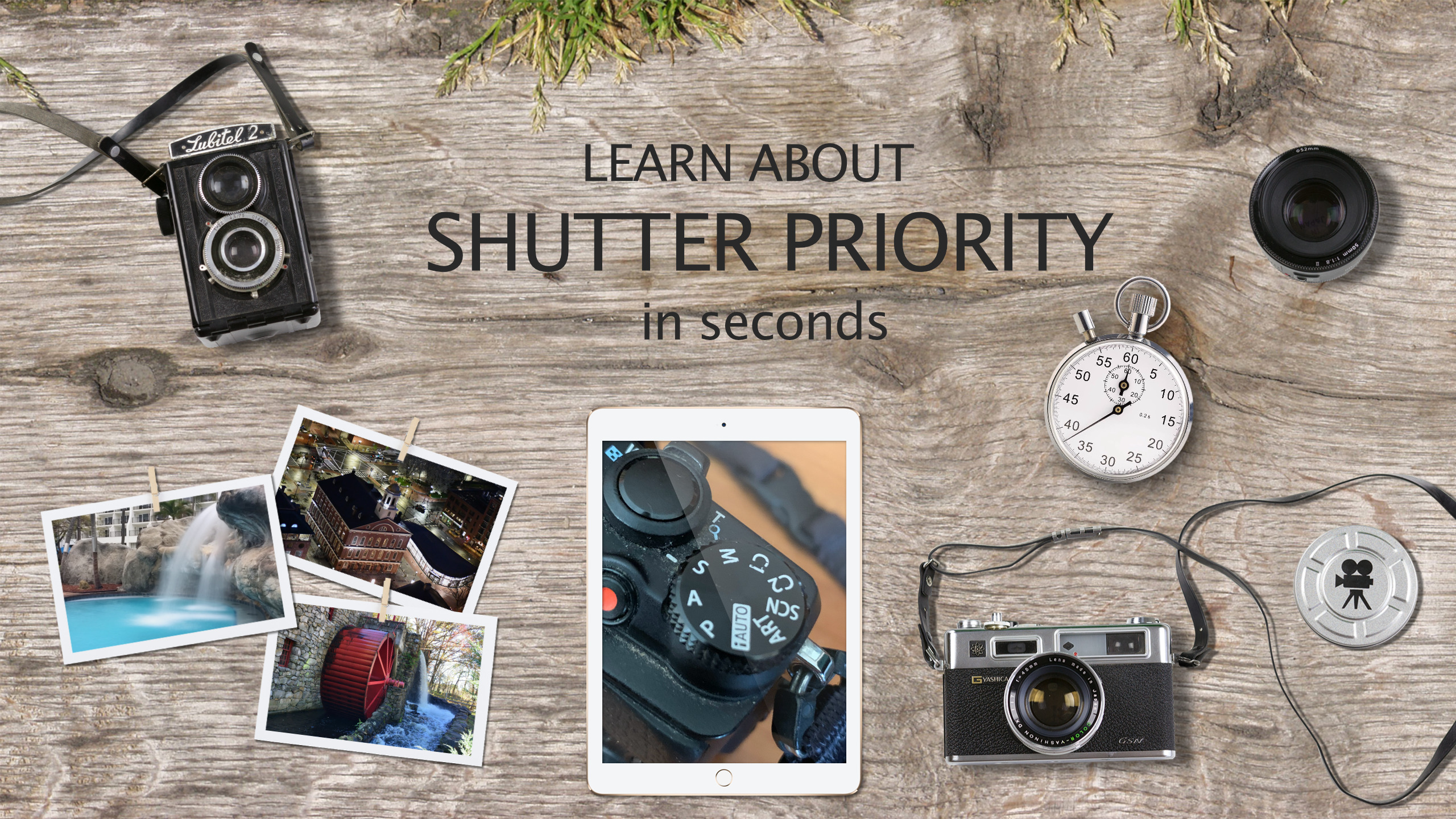 S is for Shutter and S is also for Speed. So when you have a high-speed shot, you should think of moving the mode to S.

Use this mode when you have an action scene and you want to have more control. Using "Auto" mode isn't going to help because the camera isn't going to know your intentions for the particular shot.

If you have multiple cameras, you should know the shutter speed upper/lower limits of the camera. You can find this by simply moving the mode to "S" and then making the speed adjustments to see what the limits are.

If you're going to take pictures of runners at a Marathon, you want to make sure that you pack the best camera for the shot. You may be surprised at which camera has a fast shutter speed.

Here's a useful graphic to illustrate what happens at the various speeds:

When to Use the Shutter Priority Mode

Fact Action Photos - If you are shooting moving cars or a soccer game, you may be better off using a high shutter speed. A speed of 1/2000 is considered to be good.

Night Time Photos - While your better off using the Aperture Priority to have the best shot, but there maybe times when having a slow shutter speed may add some cool effect.

Waterfall Photos - If you want to add a blur effect to a waterfall, you'll want to see the 'S' setting. Simply select a slow shutter speed on your camera to get the motion blur effect.

This week we look at the Aperture Priority mode, otherwise known as the A on the camera mode dial. 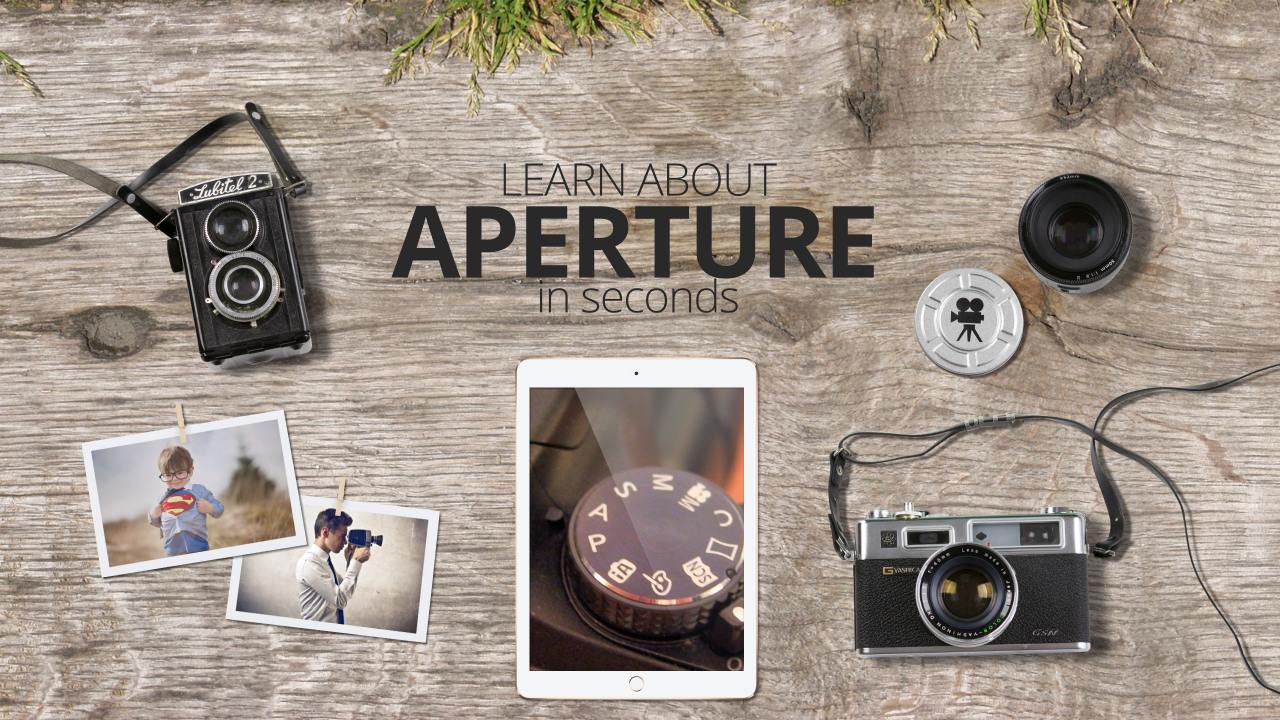 When your camera in in mode A, you choose the aperture and let the camera automatically adjust the shutter speed for optimal exposure. Rotate the mode dial to A to enable the Aperture-Priority AE mode.

Think of Aperture Priority mode as the same functionality as the iPhone's Portrait Mode - but way better. DSLR cameras have more control over the Aperture than iPhones.

Most camera experts mention that this is a great mode to force the background to be out of focus.

This is a great mode to use when you want to open up the lens in low light condition - just remember to keep the camera steady or use a tripod.

The camera aperture settings, otherwise known as "f-stop," determines the amount of background blur. This is a handy chart to help:

According to the above guide, it looks like Apple defaults to 5.6. That might be a good selection to start.

When to Use the Aperture Priority Mode

Object Photography - When you want to focus on something that may have a busy background. Such as a person in a field.

Reduce Glare in Night Pictures - If a street light is overpowering a night shot, you can use Aperture Priority to reduce the shine from the street light.

Duplicate iPhone Portrait Functionality - When you are trying to take a portrait picture like you would with the iPhone. Remember: In the DSLR world, you do have more power than a point-and-shoot smartphone.

This week we look at the Program Auto mode, otherwise known as the P on the camera mode dial. 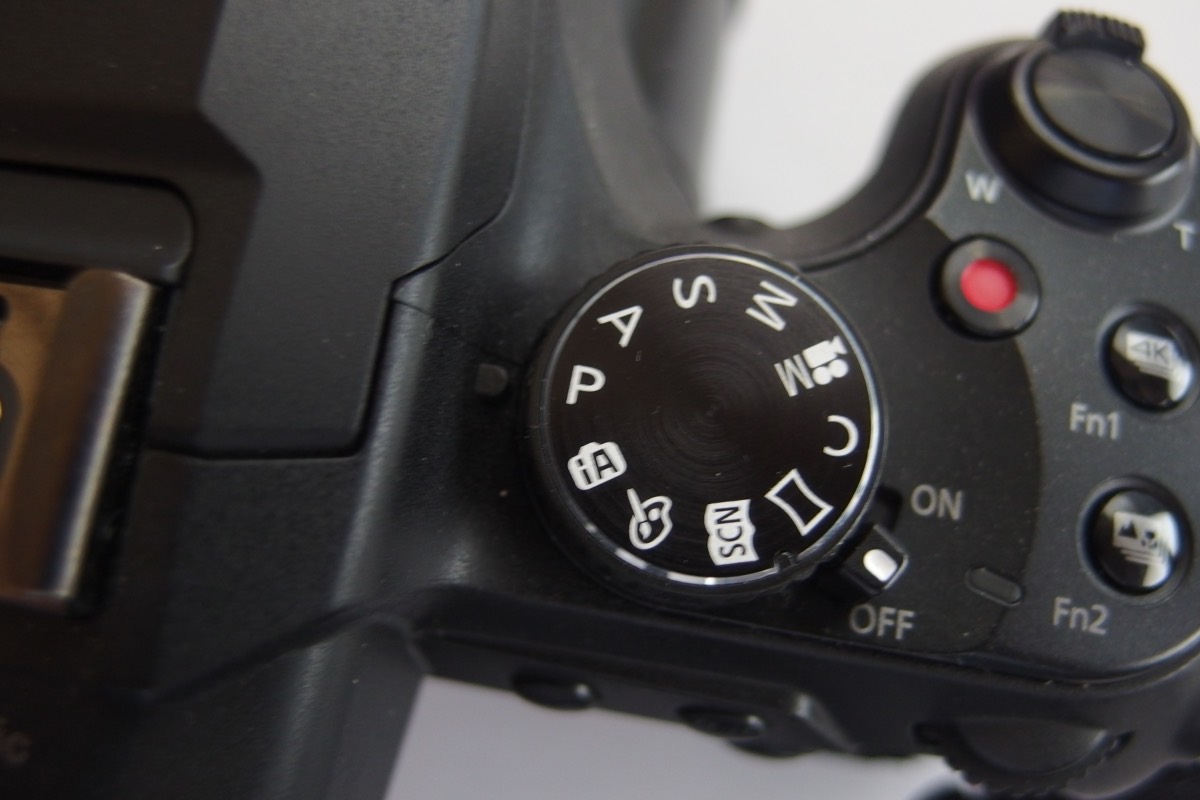 In Program Auto mode, the Aperture](https://www.nikonusa.com/en/learn-and-explore/a/tips-and-techniques/understanding-maximum-aperture.html) and [shutter speed are adjusted for optimal results. Users can make the adjustment of the combination of aperture value and shutter speed while keeping the correct exposure.

The Program Mode is a great next step in-camera control from the Auto functionality. You would use the Program Auto Mode when you want a bit more control over adjusting the aperture and shutter speed but don't want to adjust them individually.

The Program Mode is useful when you want to add more depth of field, to a shot. Using the Auto mode, you may not have the flexibility.

This mode is perfect when you want to take a low-light photo without the camera forcing a flash. Using the Auto mode, the flash is an automatic action when it detects low light.

When to Use the Program Mode

Taking daytime pictures of snow - Sometimes the white is too bright. In Program mode, you can adjust the exposure, which you can't do in Auto mode.

Tweek Auto Mode - When you want to make a quick change to the auto mode. Start with the auto mode, then flip to "P" to make some minor adjustments.

Time Constraint - Best when you need adjustment but don't have much time to adjust all the settings.