Once every few days, I get a message in my voicemail about my Student Loan. The thing is that I took out a student loan.

Clearly these people are phishing for people with student loans. Any legitimate business would do their research to know a bit more about the people they are talking to.

The other thing about these calls is that they always get to voicemail. They found a way to call a number and go directly to voicemail. There have been many times when I would get these calls and it would alert the iPhone that a call is coming. Before the caller ID clicked in, the call would get disconnected and minutes later I would be notified that I have a voice message.

Check out a couple of these calls:

This week we are featuring 5 commercials from the year 2000. These were all recorded from California and were on in July 2000.

Commercials in this media feature:

50 Ways to Get Hired

Today's Media Monday clip features a sound byte from the "50 Ways to Get Hired." by Harold Max Messmer (narrated by David Hartley) This was created in 1994.

This audiotape was part of a series of recordings that were done to inform the general public on what good talent looks like for Robert Half.

Listen to some of the tips that Harold gives about writing a resume. Try to think if that information still applies 27-years later.

You can find the Audio Tapes on eBay by a variety of sellers.

Morton Downey Jr. was a loudmouth talk show host. He was one of the extreme talk show hosts of the 1990s. He is most notably known for frequently yelling at his guests to "Zip It."

In December 1998, Morton Downey Jr. did a TV special with a focus on predictions for 1989. In this episode, there were many crazy predictions. The audience was very loud and very responsive to Morton Downey.

The show was canceled 6-months later.

One of Boston's most memorable moments of the 1980s was when the Boston Celtics won the NBA championship in the Boston Gardens. They won in 1981, 1983 and in 1986. The 1986 season was their sweet sixteen-team championship and some say it was the sweetest one.

This would be the last championship for the big 3: Larry Bird, Kevin McHale, and Robert Parish.

If you weren't in the Boston Garden that afternoon, you likely listen to the play by play done by legendary Johnny Most. 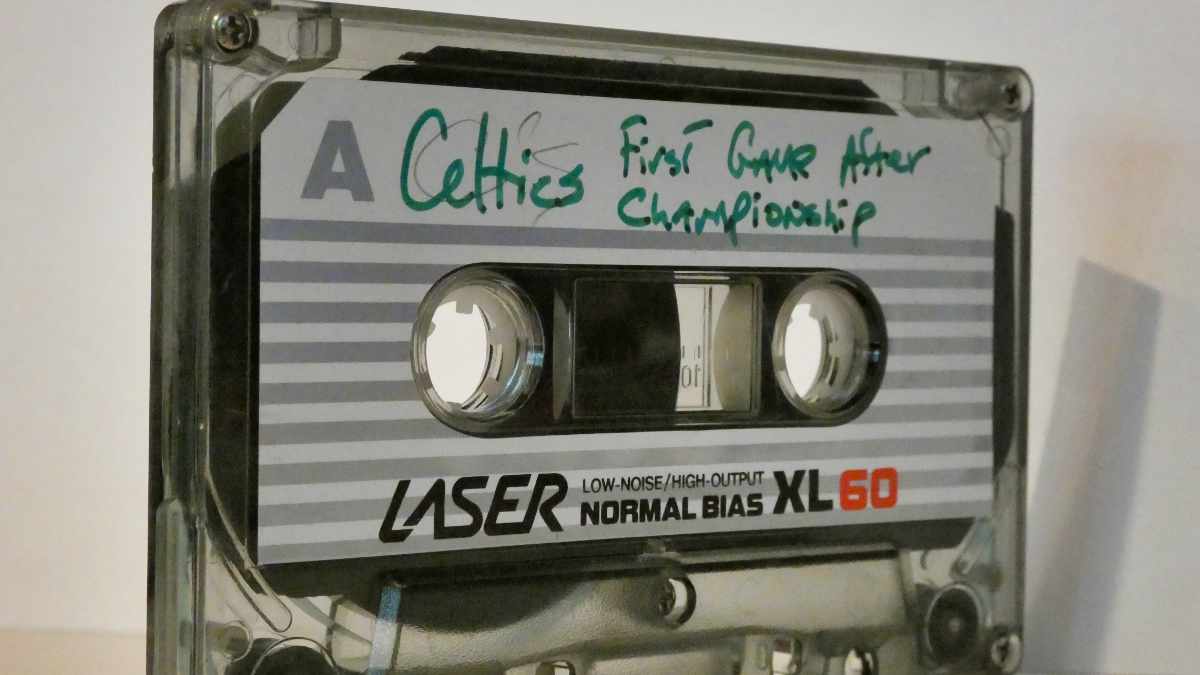 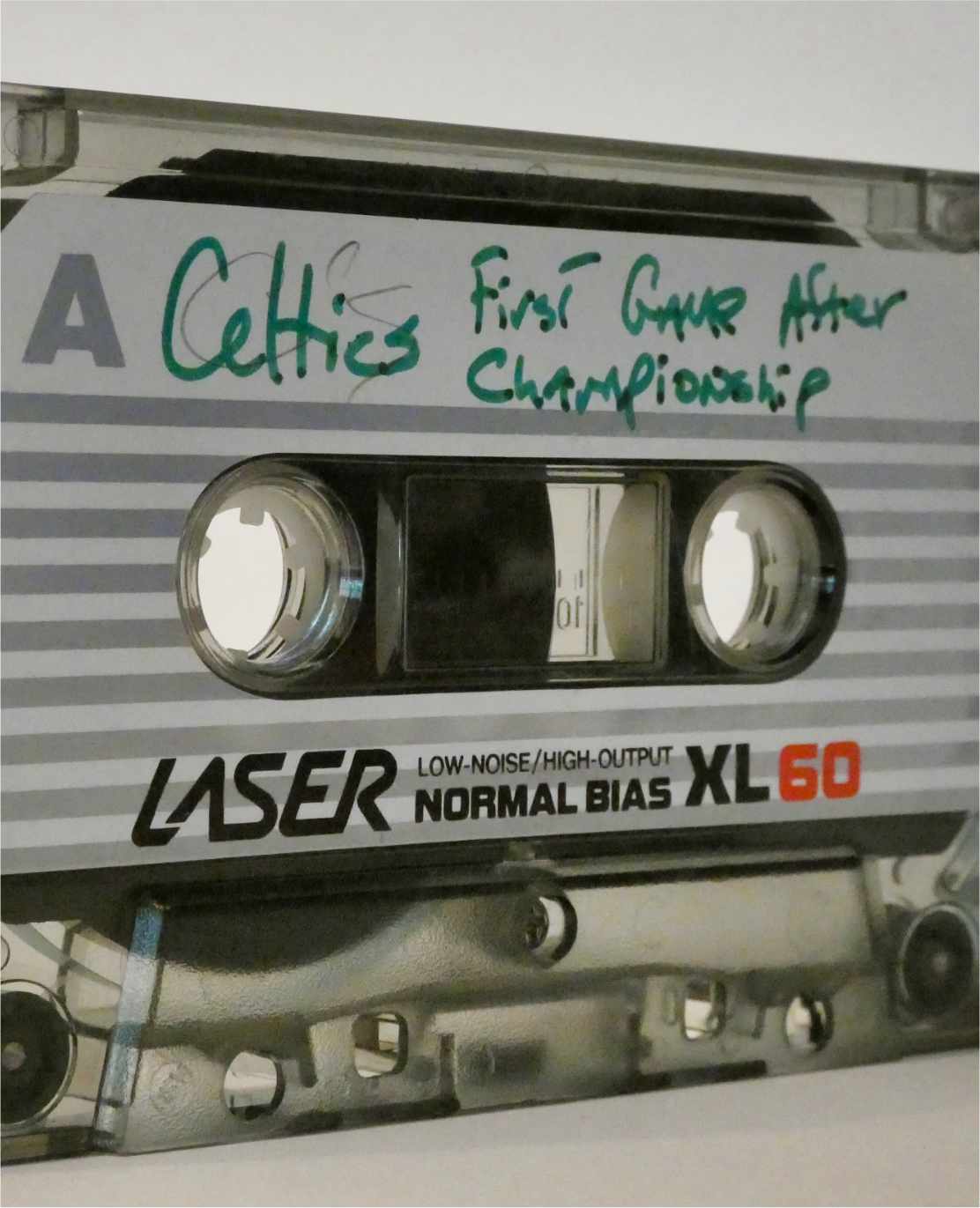 In my audiotape collection, I found a tape where I recorded the start of the 1987 season on WRKO radio. In that broadcast, they did a recap of the challenges of the 1986 Playoffs. This clip features some amazing calls by Johnny Most.

The quality of the clip isn't all that great. I was living in Concord, Massachusetts at the time and the WRKO signal wasn't that strong. You can hear some static. It isn't that bad. I think it gives it a classic radio sound.

Listen to the final four minutes of the broadcast. Close your eyes and for a moment pretend you are back in 1986. 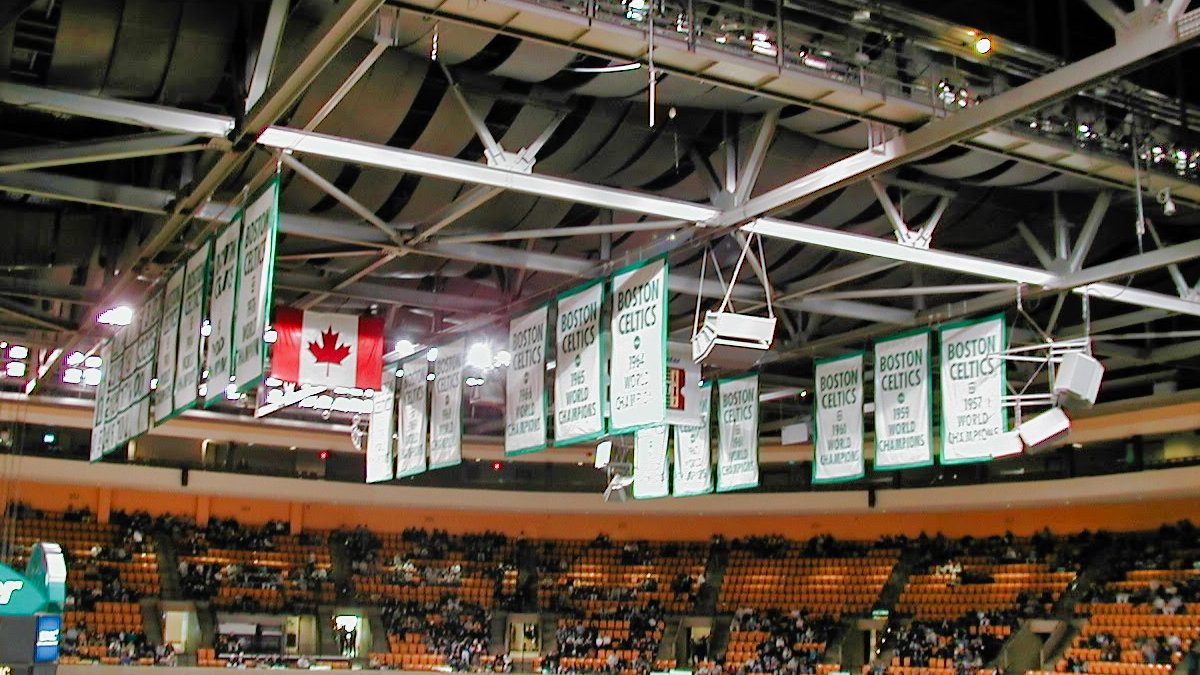 Listen to Glenn Ordway and Johnny Most recall the final moments of the 1986 season.

The full recap is nearly 14-minutes long and 18 MB.

If you're a diehard Celtics fan and have any interest in it, let me know via the feedback form.

This week's video features a couple of classic commercials that I found in my VHS collection. These are from the early 1980s. Some of the shows that were recorded were in 1982.

Atari - The game that everyone wanted to play in the 1980s.

This week's Media Monday has another Radio Shack Answering Machine collection. This one features various impersonations done by Rich Little.

Rich Little does a really good job on these, it is hard to believe that all the voices here are done by one person!

Here are a couple of classic commercials featuring NBA Legend Micheal Jordan. These came out in the 2000s. These aired when Michel Jordan was in his second retirement from the NBA (1999 - 2001).

Bill Bradley for President Commercial - This aired in California during the primaries.

This week Media Monday features another celebrity telephone answering machine message. This collection has many of the same voices as the Radio Shack collection.

This tape is from 1982. I can't recall exactly where I got this one. Maybe Caldor or Radio Shack.

There is another "best-of collection" with a similar name. That collection is the best of all the Celebrity AnswerAlls from the series.

This collection was made by the Project Market Group from Boca Raton, Florida. I wasn't able to find any information on the company. I suspect they must have closed sometime in the 1980s.

After hearing this tape, would you actually use any of the voices that you heard?

Here are some classic Internet commercials that I found in my VHS collection. These all aired around the early 2000s.

Checkout all the Media blog posts.