In May, the team at Snap Snap Pro updated Camera+ to Camera2 Plus. This is the first major update in

Some New Features in Camera2 Plus 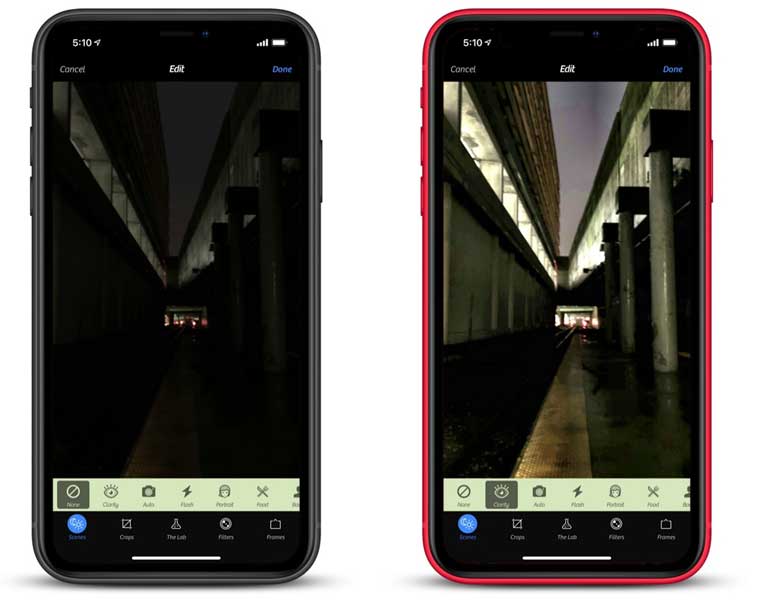 The above shows the power of the Clarity functionality in Camera2 Plus. You can see more of the train station when the Clarity filter is applied.

Camera 2 Plus is available to purchase in the iOS store. Currently it's only $2.99.

I think it's worth the investment for the five points that I mentioned above. The Clarity filter comes in handy when you want a quick touchup to any photo and don't have time/resources to touch the image on the computer.

Filed under the iPhone Xs category.