This week, I am revisiting an old screen capture tool that I use to use all the time on my PowerMac G4 - Snapz Pro. 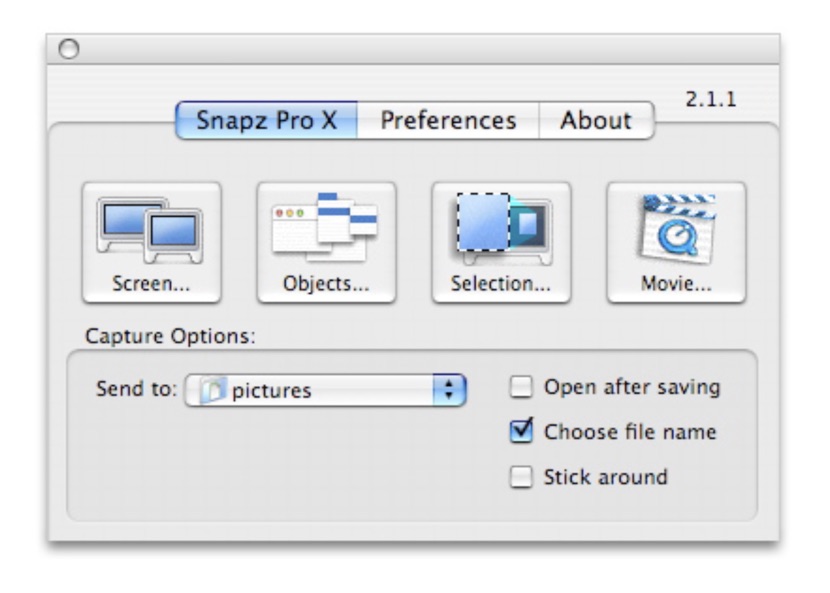 With the release of the award-winning Snapz Pro for Mac OS X, Ambrosia Software, Inc. brings relief to the huddled masses who have suffered through using the built-in screen capture features Mac OS X offers. Once Snapz Pro X is installed, a single keystroke can immediately save anything visible on screen in a wide variety of image file formats. Snapz Pro X supports saving screen images as .BMP, .PICT, .GIF, .JPG, .PNG, .TIFF, PDF, or Photoshop files, and can even record the action as a QuickTime movie! Screenshots can be scaled, cropped, color depth-changed, and dithered. Snapz Pro X can also add borders, automatically generate thumbnails, overlay watermarks, or copyright notices... you name it, we've got it!

Using Snapz Pro X, you don't have to tell people about how cool a game is or how to use a particular program -- you can just take a picture or movie of it and show them! The images Snapz Pro X generates are all web-ready, as are the QuickTime movies it makes -- just upload 'em and go! To capture an image that is on screen, either use Snapz Pro X's powerful selection tool, or you can give the innovative new Objects tool a whirl. The Objects tool lets you simply click the Windows/menus you'd like to capture, and Snapz Pro X will take care of saving them! Snapz Pro X also works when most other capture utilities won't, making it the screenshot utility of choice for manual writers, web publishers, and other media professionals.

Snapz Pro wasn't just ported to Mac OS X, it was rewritten from the ground up to use the exciting new technologies that Mac OS X has to offer. Support for these cool new features permeates Snapz Pro X like genetic superiority in a thoroughbred: long file names, automatic preview icons on image files, Unicode/international support, and bullet-proof operation are just a few of the pleasantries you will enjoy. 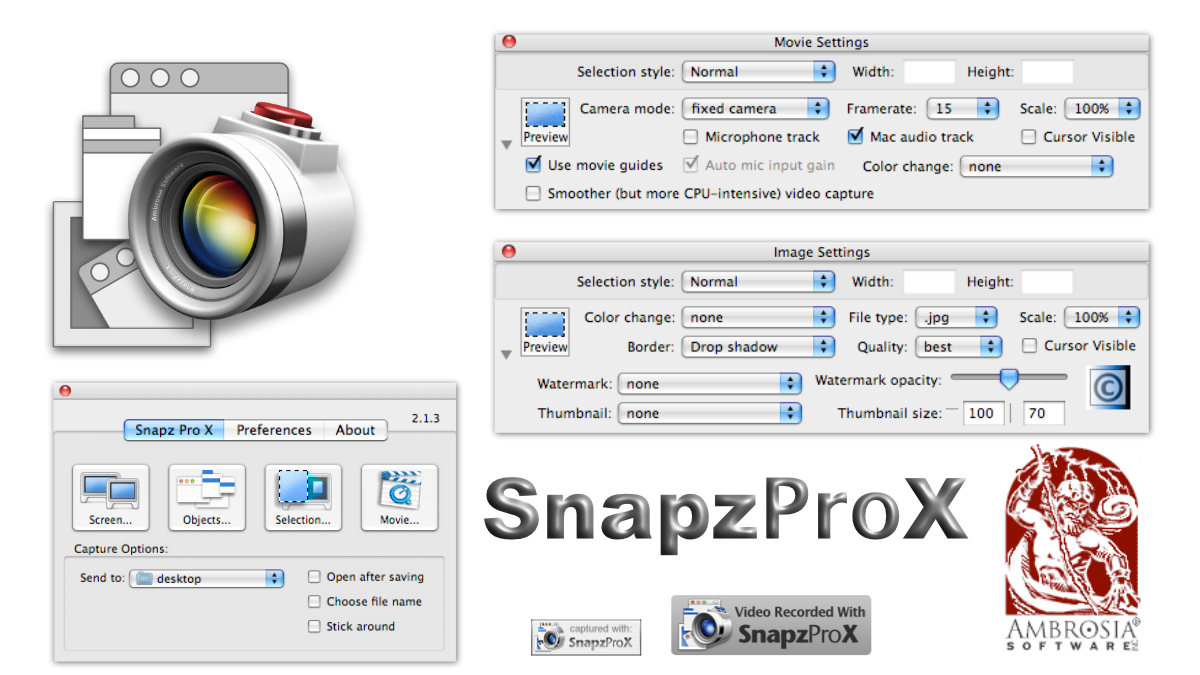 Ambrosia stirred up controversy when they shipped a new version. 'If your computer came bundled with a free copy of Snapz Pro X, the bundling deal is between Apple and their customers and includes the version of Snapz Pro X that shipped with their machine,' said Ambrosia.

Last Known version was 2.6.1 which was released on November 17, 2016. The last known MacOS support is Mac OS X 10.9 (Mavericks) This was the last update before Ambrosias shut down.

This was a great screen capture software that I used a lot in the early 2000s. I used the screenshots in various training documents. I can't recall ever using the movie-capture part of the application. I think I had great intentions but never did anything with it.

If I had to do it over again, I wouldn't have purchased the upgrade with the movie capture as it wasn't something that I used.

The application worked fine for me and I never encountered any bugs or issues. I guess the only annoyance was the splash screen that appeared at startup.

Today I am using Snag-it. It's a much more powerful application as it has a built-in graphic editor which allows users to touch up screenshots so they communicate the right message.