One of the legends about Copp's Hill Burying Ground is that of Reverend Increase Mather. Some people that he appears to certain visitors in the cemetery, scaring them as they walk around the graves.

I did some research and couldn't find any information about the appearances other than it happens at night. Which is weird because Copp's Hill Burying Ground is closed at dusk.

Increase Mather is famous for saying in his 'Case of Conscience' - 'It is better that ten witches go free than the blood of a single innocent be shed.' 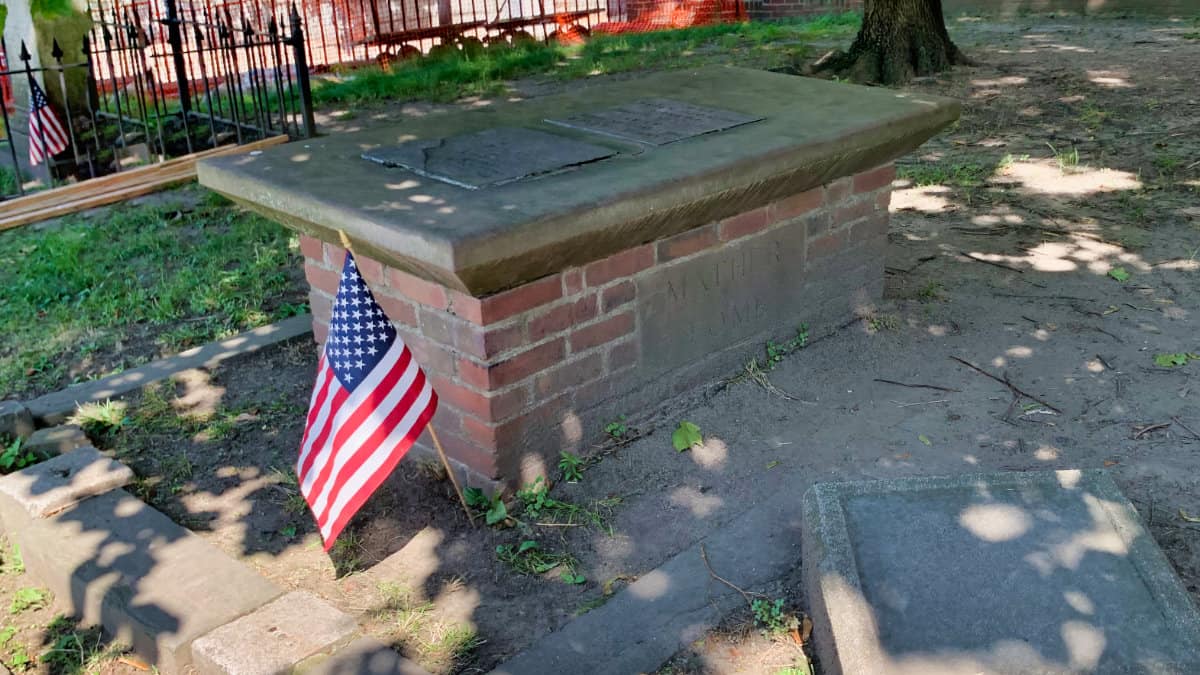 Interesting Facts About the Mather's Tomb

Near the Tomb is a weeping willow which was raised from a slip taken from a tree that grew over the tomb of Napoleon at the Island of St. Helena. The slip was brought over by Captain Joseph Leonard. It was planted in 1844.

There's a rumor that the tomb itself was actually built by Cotton Mather. Some say the proof is in his diary writing: 'The Lord gave me to see wondrous demonstrations of the love his and my people had for me. One was their building a costly tomb for the ashes of my lovely consort, and of my children, whereof there were five buried, with no more than common gravestones.'

The tomb contains the final remains of Cotton Mather's children, his father, and several other relatives.

Cotton Mather was three times married; he had fifteen children from his first 2 wives.

The last time the tomb was open was in 1884 when a member of the Parker family was deposited into the tomb.

Top of the Tomb

On the top of the tomb is the following inscription, which is barely illegible today:

On the ground in front of the tomb is the following sign:

Several generations of great 17th and 18th century New England divines are buried here. Increase (1639-1723),. the father; Cotton (1663-1728) the son; and Samuel Mather (1706-1785) the grandson's belonged to a remarkable family of ministers. At a time when the church wielded its own power and religious zeal translated into political influence, the Mather's ecclesiastical attainments assured them secular authority.

Increase was the sixth son of Richard, who was first of the Mather dynasty and a minister in Dorchester. Increase graduated from Harvard in 1656 and within a decade began a 60-year ministry to the 2nd Church of Boston. Later, he was named the president of Harvard. As a powerful statesman, Increase represented Massachusetts at the British Court and tried to secure a new, beneficial charter for the Colony in the early 1690s/ This effort and his role as personal advisor to the new Royal Governor, Sir William Phips, attracted such resentment that he was forced to resign as Harvard president and lose his political power. Increase spent his last days in the North End where he had lived much of his life and had raised his 10 children.