Couple of good inspiration quotes about the Internet:

Andy Grove was a well-respected CEO of Intel. He helped transform the company into the world's largest manufacturer of semiconductors. He was Time Magazine "Man of the Year" in 1997 for being "the person most responsible for the amazing growth in the power and innovative potential of microchips." 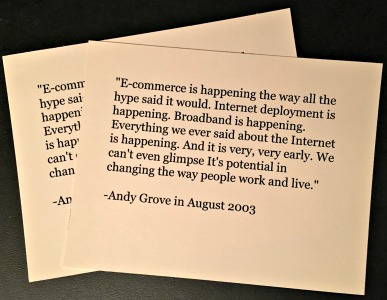 Where would we be if they listened to
everyone who said they were too late?

It's never too late.
Just do it better. 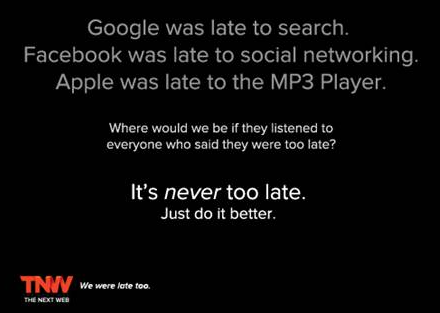