The Henry Knox Trail is a set of roads and paths that trace the route that the team of soldiers, led by General Henry Knox, to deliver artillery to George Washington. The artillery was used to help win several key campaigns in the Revolutionary War. In particular, it helps free Boston from the British troops.

In Framingham, there's a monument to celebrate that General Henry Knox actually passed by here: 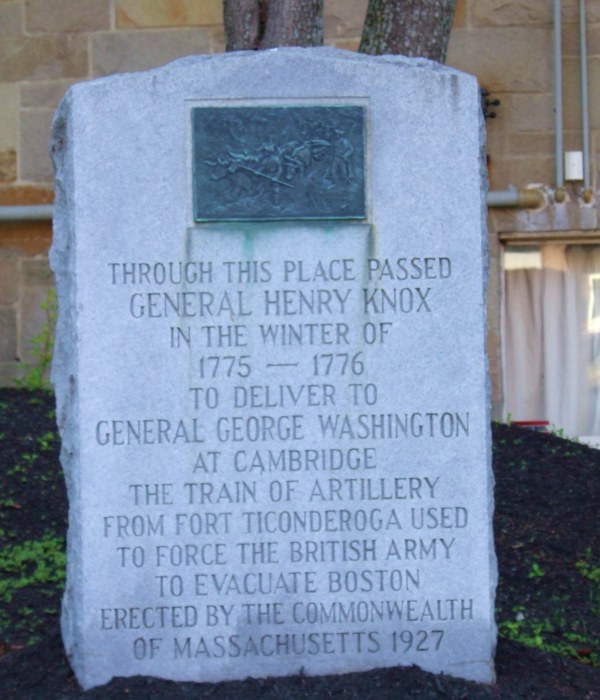 Four Things I Learned About the Henry Knox Monument