On our recent trip to Aruba we found it very challenging to find places that offered Gluten Free meals for my seven-year-old daughter. There were several restaurants in the Palm Beach area that did have gluten free options and the one we liked the best was The Lazy Turtle Aruba. 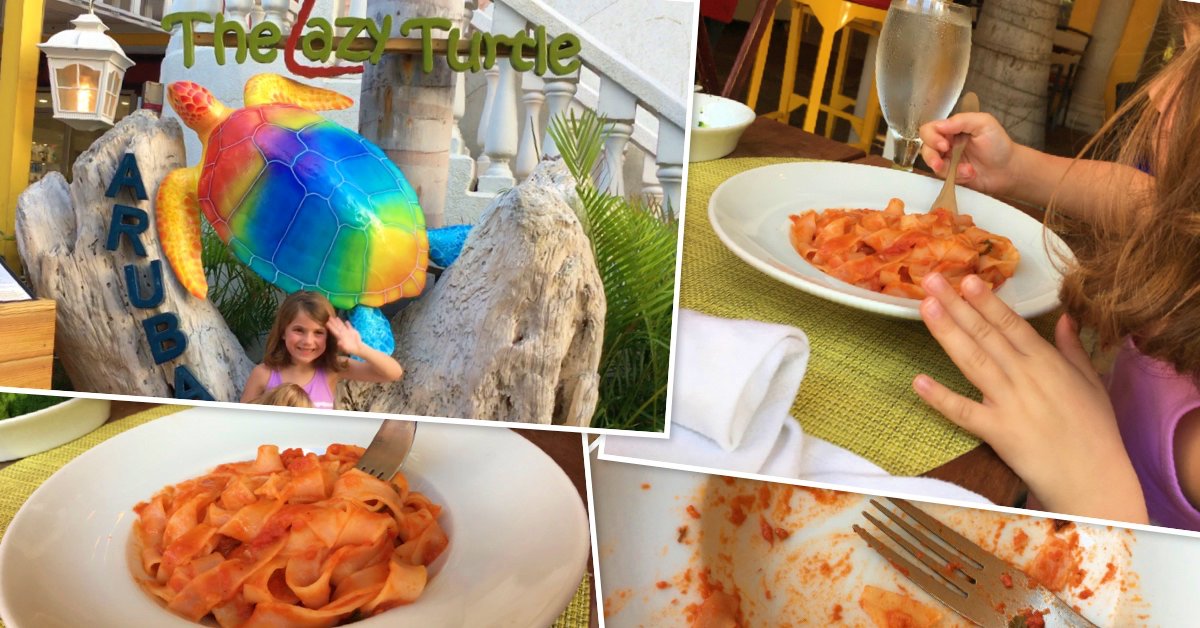 When we arrived at the Passeo Herencia Mall we wanted to go to the Iguana Cantina, but they weren't open. We arrived at 5 - when they are scheduled to be open but they told us that they were ready yet. So we ventured out to another restaurant.

When we sat down we were told of several options but was impressed when they informed us that they would be able to make her Gluten Free Pasta.

The pasta arrived very quick, and the server mentioned the dish was gluten free - which is a good sign that the kitchen was aware of the allergy.

My daughter tried a few bites and liked it and she ended up eating the entire dish. Which is a rare occurrence since she typically wants to save some for a later meal.

We were fortunate as they only charged us $5 for the pasta - as part of the kid's meal. (Aruba can be an expensive place to eat out)

We did have plans to go back since all our meals were really good, but we didn't as we wanted to try different restaurants on the island.

We certainly recommend going to the Lazy Turtle for anyone looking for a Gluten Free meal in Aruba.

The Lazy Turtle Aruba is located in the Passeo Herencia Mall in Noord, Aruba. There telephone is +297 5871992.

Like most restaurants at the Passeo Herencia Mall, they don't open until 5 pm.