There's a new scam going on Twitter that's being done by a group called the 'Pioneer Capital Group.' There is someone claiming that you are a winner of a huge amount.

This is the instant message that got from a user called Linda Powell Overton (@anitaja33645035) {Account has been deleted by Twitter}:

Now you are now the next winner of the huge amount of 16.2 Million Dollars, I am legit and this transaction has been 100 percent clarify so i got 10 of your contact information through the public records while searching for a last name similar to our late client a business magnate who lived in Florida, USA for Ninteen years he died along with his family during the Hurricane Dorian. Do not be amazed by this letter. Psalm 128. Happy are those who obey the lord, who live by it commandment, John 14:1. Let not your heart be troubled you believe in God

In my conversation with Linda Powell Overton, she mentioned that the money is being shipped by boat. She included a picture of the boat in my Twitter Chat: 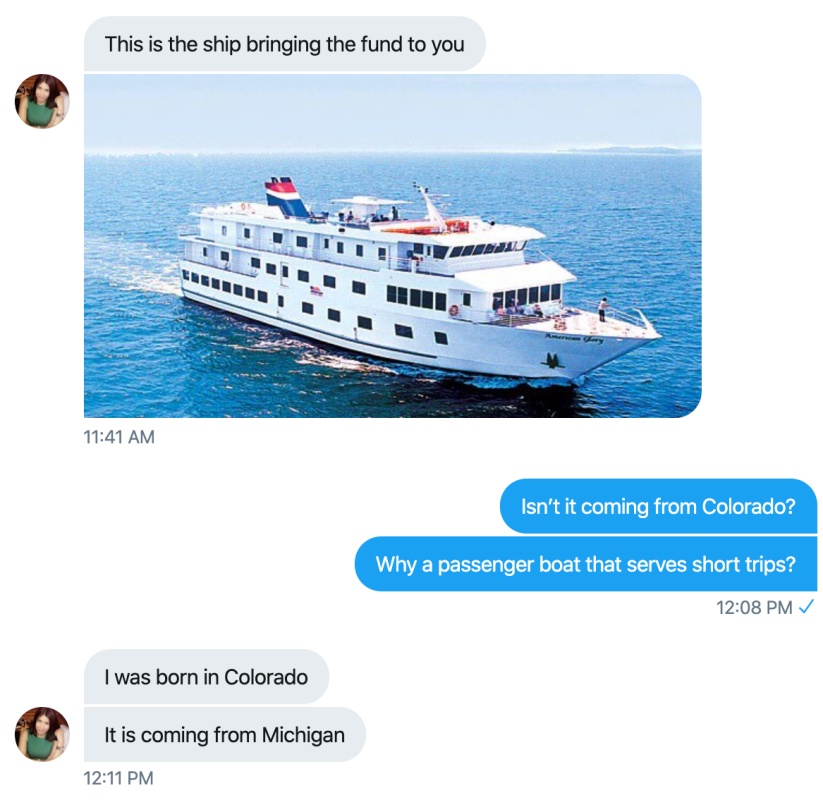 Fact: This is American Glory - the website has the exact picture. American Cruise Lines' 49-passenger cruise ship American Glory at sea. The ship sails the rivers of Florida in winter and New England in summer.

The boat never ports in Michigan and It doesn't transport goods.

This was a scam.

I gave them a throw-a-way email account to continue the communications. Within a few minutes this appeared: 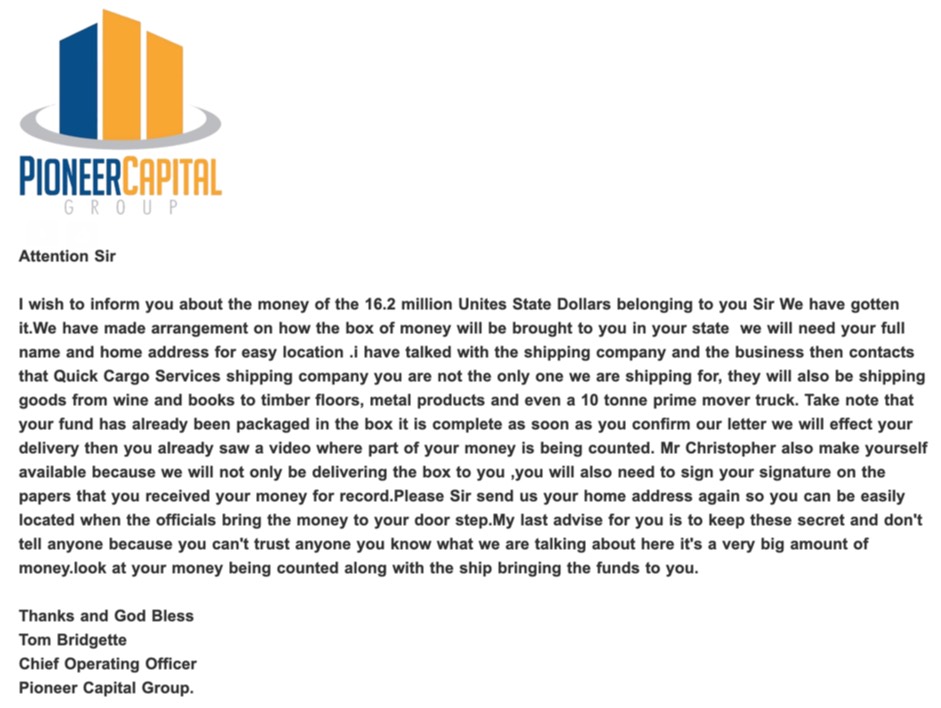 Screenshot of the Email from the "Pioneer Capital Group."

Clearly there's a lot of problems with this email. One of which, the email came from capitalfinancecompany8@gmail.com and not from pioneercapgroup.com.

I Must Pay for Shipping

After many back and forth conversations, the "Lawyer" (Barrister Frank) let me know that I had to pay them $100 in an Amazon Gift Card to receive the goods. ( That's $50 to get a Pin Code so that I can open the container and $50 the delivery charges.)

Five Signs that this was a Scam

This is what the scammers were trying to sell me:

If you get any type of communication that request money for a "winning" you should report the account to Twitter. Remember, that anyone ask to pay for transactions using an Amazon Gift Card is lying to you - Checkout Amazon Phishing page.

Filed under the Spammers category.