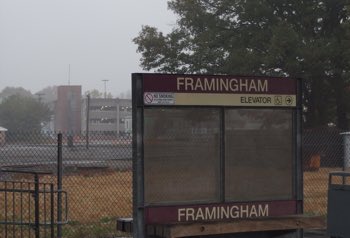 Framingham may soon be joining Newton, Brookline, and Cambridge in banning the use of plastic bags in all retail stores. Framingham resident Ken Weiss has filed a petition to have the town vote on that matter at the 2016 Town Meeting. The Town Meeting starts on April 26.

There are 49 warrents on the 2016 Annual Town Meeting, 8 of which are citizen petitions. Some other notable petitions:

In 2014, at a Framingham Special Town Meeting, residents were asked to vote on ban the sale of non-sparkling, single-use bottles of water made with the chemical PET. This petition was submitted by Framingham High School senior Matt D'Amico.

The Water Bottle ban petition lost with 40 in favor, and 60 opposed.

Any Framingham resident can sponsor an article for the yearly Town Meeting, they simply need the signature of 10 other residences. In a special Town Meeting, 100 signatures are required.

It can get a bit tricky because a Town Meeting Member may move that the article is referred back to a committee for more study or make a motion to "move the question." A "move the question" motion is voted upon immediately, and, if passed, the discussion terminates.

There are 68,300 residents that live in Framingham, the largest town population in Massachusetts.