The De Palm Tours is one of the many tours that you can take to explore Aruba. They offer a Full Day Tour and a 3-hour tour. It's a great way to see some popular sites and learn Aruba history and culture. 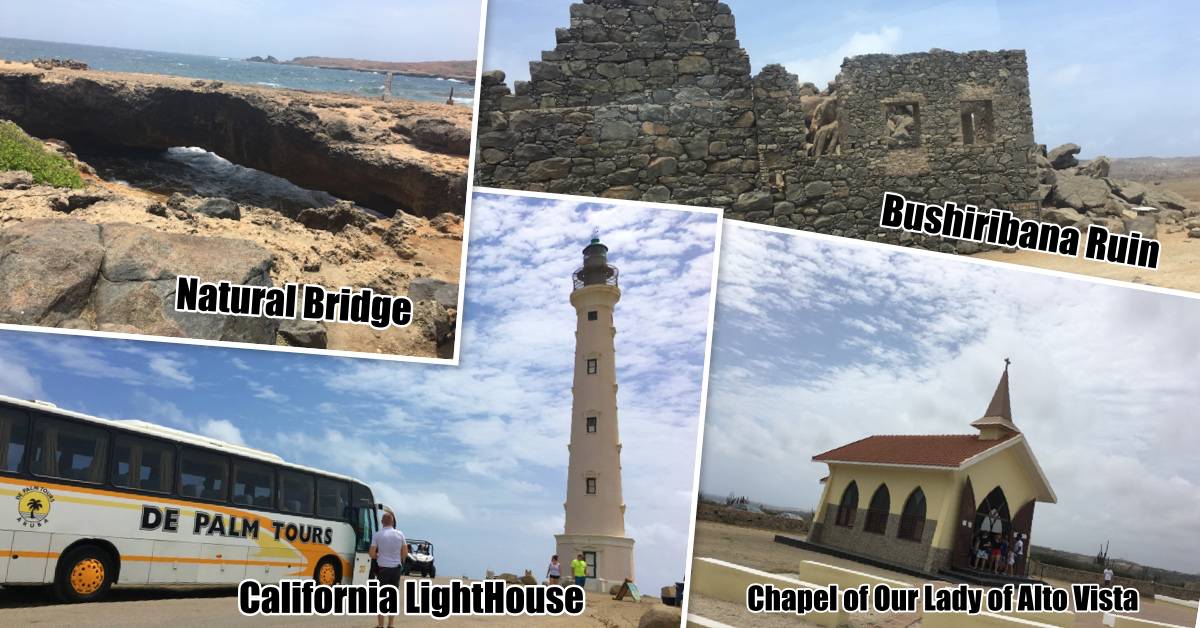 Stops Made Along the Tour

There were six official stops where we were able to get off the bus and explore. Here are some notes about our recent adventure on the De Palm Tour.

We were the last ones on the bus. The bus drove down the road for a bit and then pulled over.

First stop is the California Lighthouse. You get 20 mins to explore the area around the Lighthouse.

After the lighthouse the Bus will stop near the Antilla Shipwreck, near Boca Catalina Beach. You learn a little about the German ship that sunk just off the shore.

Chapel of Our Lady of Alto Vista - Stop #2

After leaving the California Lighthouse you have a nice drive over to the Chapel of Our Lady of Alto Vista. This is another 10 minute stop

As for the Casibari Rock Formation, you view it from the bus. The best view is from the side opposite of the driver.

After the Natural Bridge, you're on the bus for a while on the way to the De Palms Island for lunch. Once you arrive you take a short ferry ride to the Island.

After leaving the Beach, the tour comes to an end and it's time to head back to the hotels. It officially gets over when you arrive in Oranjestad.

We actually asked our driver if we could get dropped off at one of the downtown hotels to do shopping. He didn't mind, as it saved him a stop since we were the only ones at our hotel to get on.

Additional Notes about the Tour