One of the best views of Boston is from the 50th floor of the Prudential Building. That's where you'll find the Skywalk Observatory - Boston's only 360 city view.

Along with the amazing view of Boston are several interactive exhibits that will inform you about the history of Boston. Some of the exhibits that you'll see when you're walking around the floor:

Fun Facts about the Prudential SkyWalk

Visit in the afternoon if you looking for views/pictures of Fenway Park, Metro West and Back Bay

Visit in the morning if you want good pictures of Downtown Boston. Otherwise, you may end up seeing the Prudential shadow in your pictures. 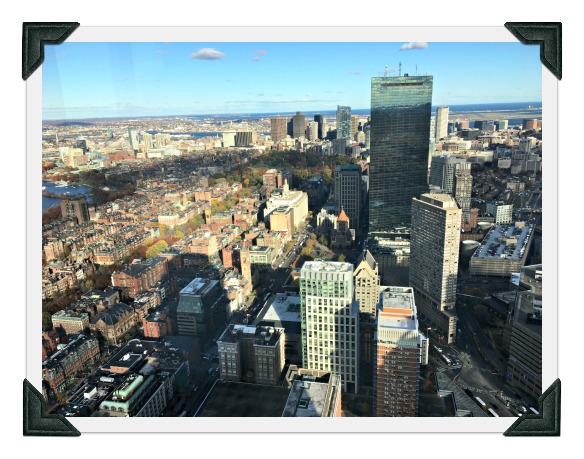 Downtown Boston from the Skywalk Observatory at 3pm on November 11, 2016.