This past weekend we put the finishing touches to our home garden. We have had gardens in the past, but this year we double down on the garden skills since we figured this summer we'll be home more often than not. 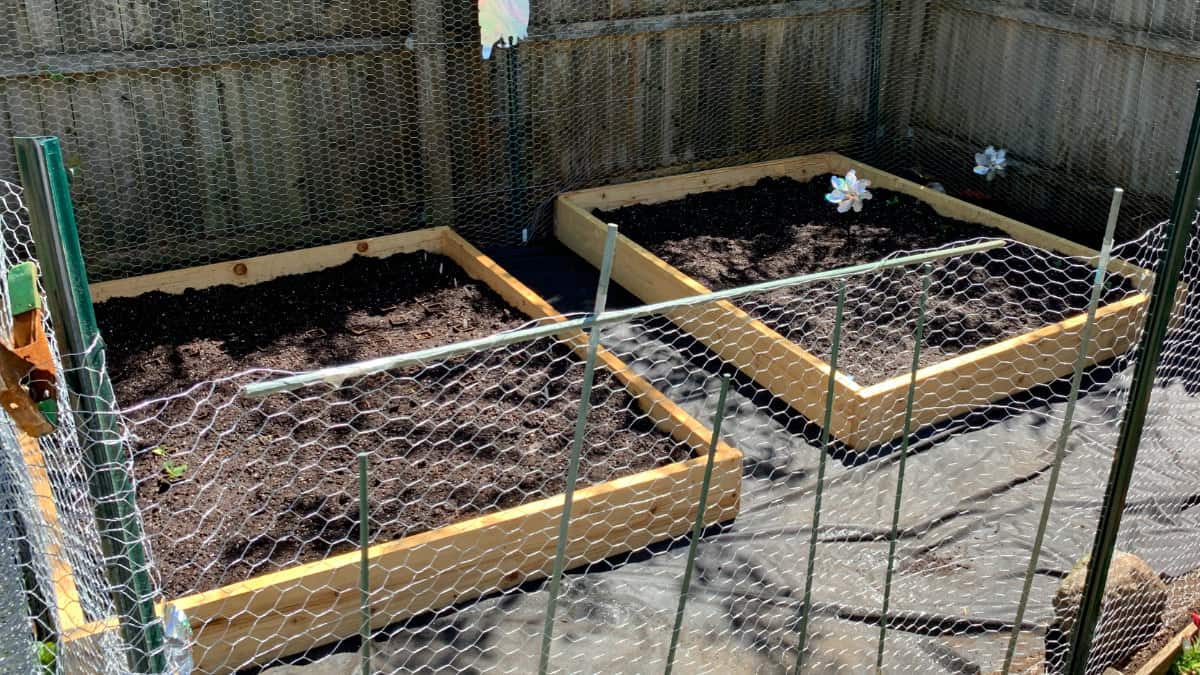 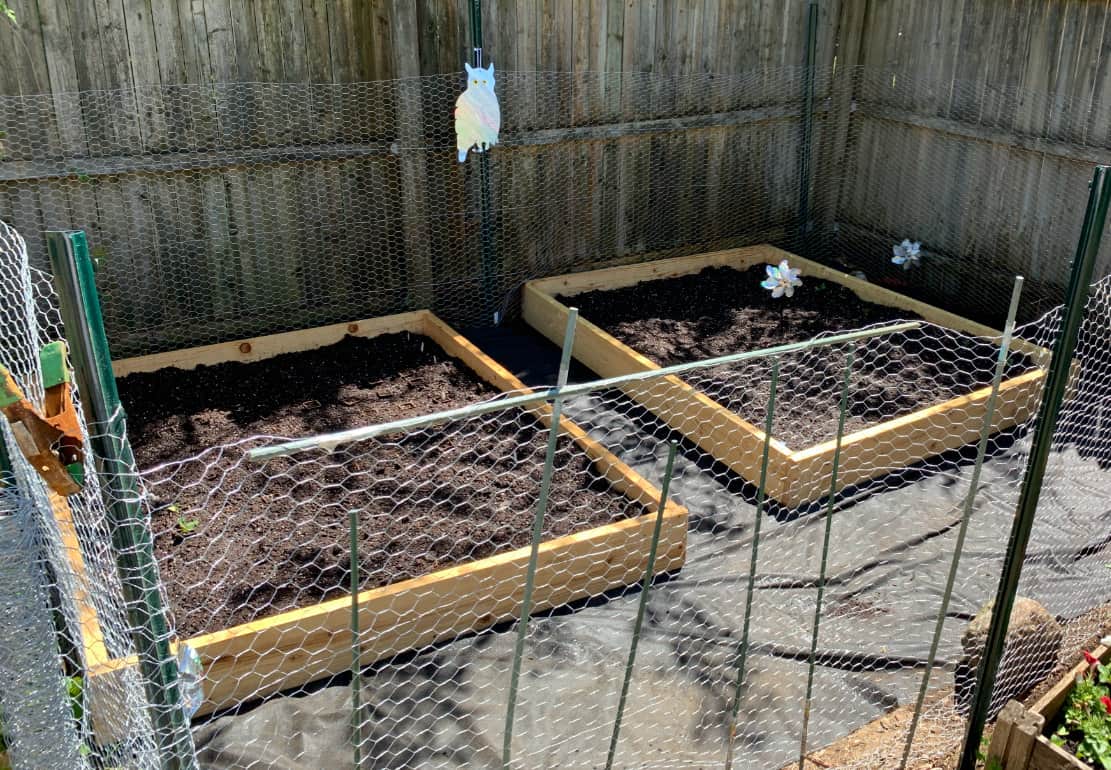 Five Key Things We Did This Year

The past couple of weekends I have been busy removing various tree stumps from our yard. These were trees that were growing that should have been removed years ago.

I removed about seven stumps. Some were challenging many were able to get out without any tools. 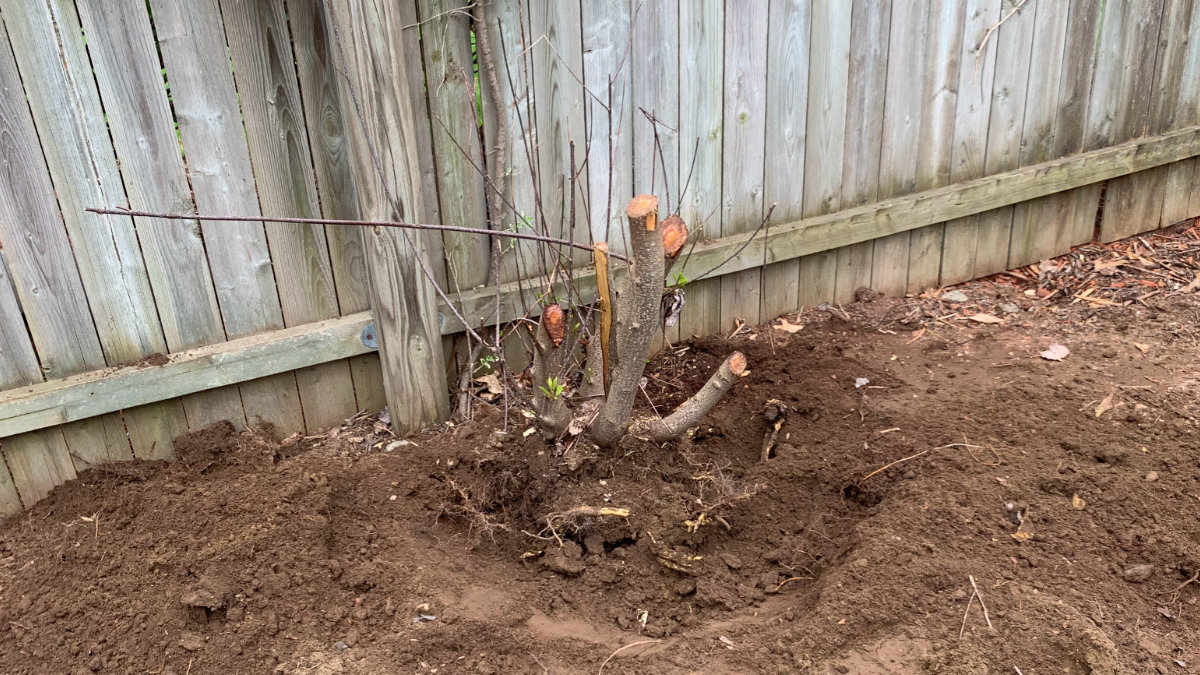 We have a couple of trees in our yard, and every year we get asked the same questions; What kind of trees are they? What do you do to keep them in good shape? Both of these trees were planted by the previous owner. I don't know exactly where they got them, but I have seen them at the Weston Nurseries, Inc. in Hopkinson, Mass.

Here are some notes about these trees in case you have them in your yard and wondering about them: 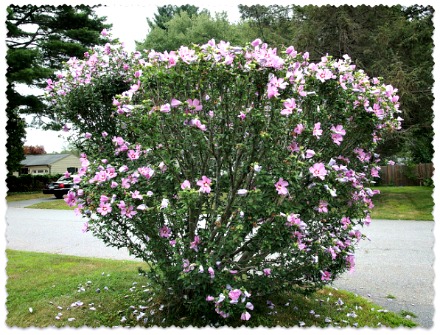 This is the tree we have in the front yard, it's called a Hibiscus Syriacus Plant (Purple) 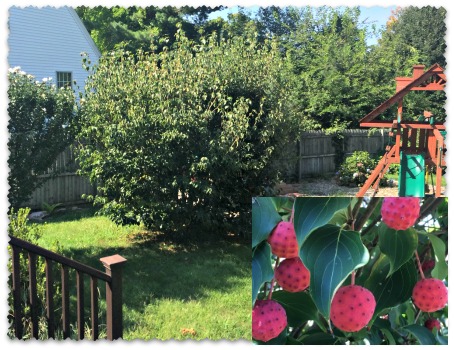 This is the tree we have in the back yard, it's call a Kousa Dogwood

One thing to watch out when your weeding your garden is Poison Ivy. I encountered this issue last week when I working on doing a massive yard cleaning.

As Rush Limbaugh would say "For those of you in Rio Linda..."

Toxicodendron radicans, commonly known as poison ivy, is a highly poisonous North American plant that is well known for its production of urushiol, a clear liquid compound found within the sap of the plant that causes an itching, irritation and sometimes painful rash in most people who touch it. (I have heard that some people are known to get irritation when the wind blows through poison ivy.)

My reaction to Poison Ivy peak about 3 days later. I did take Benadryl ( Diphenhydramine ) and used some anti-inching lotion to help calm the inching. Some of it worked as I wasn't inching all that much. About 5 days later the palm of my hands started to have big bubbles and at some point they popped. It was at this point that I noticed that my reaction to Poison Ivy was going away or very much diminished.

I was told that the best way to get rid of Poison Ivy is to use Roundup. As pulling up the root of the plants isn't always 100% effective. However, in order to do this, you need to know where the plants are. Anything with three shining leaves is a good clue, but unfortunately that isn't always a Poison Ivy plant.

My two lessons from this:

This year we are growing various vegetables in our garden and one of the really cool plants that are doing will is the Chili Pepper plants. They are just about ready to be picked.

I got the plants in the spring at the Weston Nurseries in Hopkinton, Mass. I have been watering them everyday that it didn't rain and made sure that there are no weeds around the plant.