I thought I spend a few minutes today looking at the video capabilities of the cameras that I have access to: 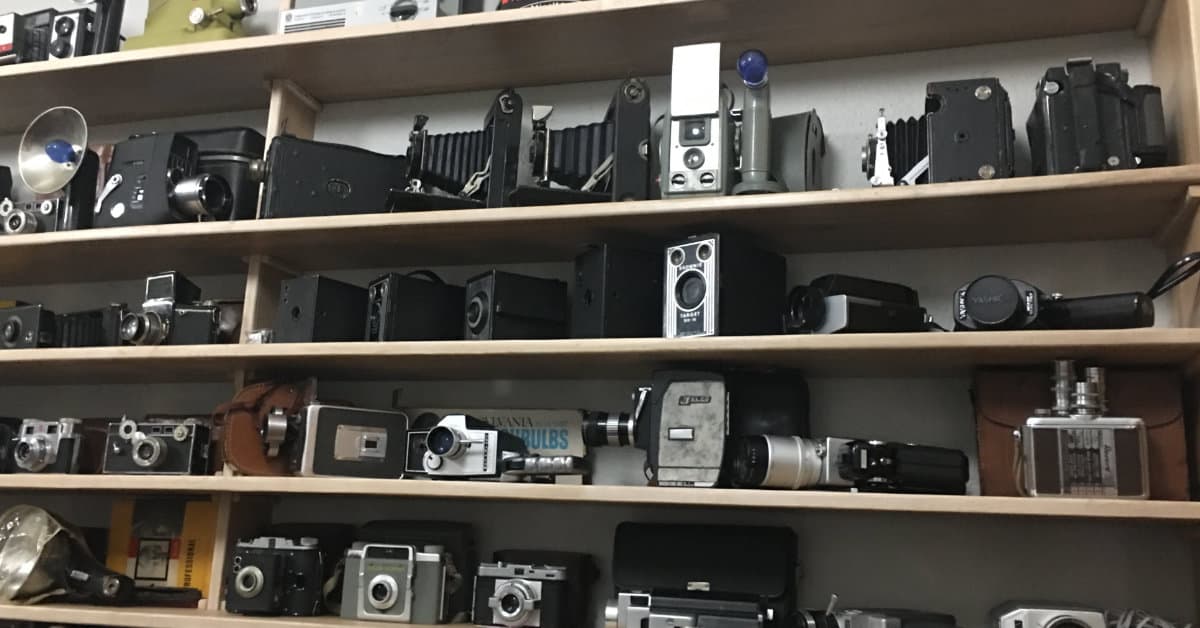 Various Old Cameras on a shelf in Natick, Massachusetts.

If you have Amazon Prime Membership, you?ll be happy to know that you can get the entire Back to the Future movie series as part of your membership. This is good know if you have a Kindle Fire HD. You can download the movies to the device and watch the movies any place - yes even on the airplane! 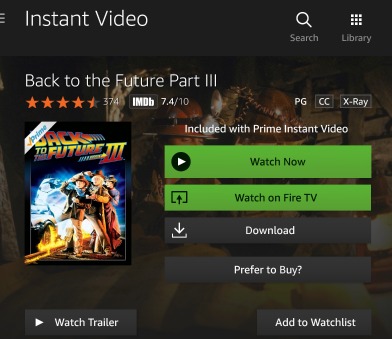 This is a great time to get the movie because on October 21, 2015 is when the Delorean will be arriving at Hill Valley, California.

If your not a Back to the Future fan, you can find all sorts of movies, including many from the 1980?s. Here?s some of the movies that you can download and watch via Amazon Prime.

Amazon Prime members should take full advantage of all the perks that come with Prime Memberships!

Next year marks the 50th anniversary for the Disney mega hit movie Mary Poppins. The movie came out with great fan fair on December 23, 1964. Disney went all out to make sure that the premier had lots of coverage at Mann's Chinese Theater. You can see most of the 'live' local coverage on the movie premier on the 45th Anniversary DVD.

To celebrate the occasion Disney is releasing the first ever Blu-ray version of Mary Poppins on December 10, 2013 and at the same time Disney will release 'Saving Mr. Banks.' The movie is the complete story of how the Mary Poppins movie came to be.

There's no telling what new content will be on the Blu-ray version. Over on Amazon, there's plenty of comments on the 45th Anniversary DVD version didn't contain any new content from the 40th anniversary version. What new content can they find that they haven't released yet?

On YouTube there are plenty of Mary Poppins Remix:

While your on YouTube, be sure to check out the original movie trailer for the new Saving Mr. Banks movie and how close Tom Hanks looks like Walt Disney.

From the movie Airplane:

Some more, for fun:

Great quote from the director of the new Haunted Mansion movie:

"To me, if I could live anywhere, I would live in The Haunted Mansion, like all year long. It is for me the most beautiful piece of real-estate in the world and what I want to try and do is to try and make that feeling of a world that is incredibly attractive, even if it's scary." - Guillermo del Toro

Back to the Future

Did you enjoy the movie Back to the Future in the theaters back in the 80s? You'll be able to see it again!!!

To celebrate the 25th anniversary of the first Back to the Future movie, it will be re-release in theaters on October 1, 2010! Very exciting! At the same time a new Blu-Ray version will be launch with a digital remastered version of Back to the Future.

Here are some of my all time favorite Back to the Future Movie quotes:

Yesterday we went to see New Moon at the Showcase Cinema de Lux in Foxboro, Massachusetts. I would highly recomend going to seeing a movie at this theater, it was a lot of fun and the food was great!

The movie was great and it was great that there wasn't a lot of people at the theater so there wasn't much distractions, people talking or kids running all over the place.

Back to the Future

The facts regarding the situation remain the same, state the authorities. Details concerning the antics have been given a preliminary investigation but it is felt that only by a more detailed study will the true facts become known.

Thus at this conference all our governments found themselves in unanimous agreement regarding the undertaking. Arrangements for dealing with questions and disputes between the republics were further improved.

Of no less importance was the common recognition show of the facts that any menace from without to the peace of our continents concerns all of us and therefore properly is a subject for consultation and cooperation. This was reflected in the instruments adopted by the conference.

A suggestion that public hearings on applications be limited to one every six months was taken under advisement by the commission.

Many persons feel at this stage that some legal action is forthcoming but it now becomes common knowledge that there is pressure from the inside which will materially change the aspect of the case.

Future plans will, of necessity, have great bearing on the situation as it now stands. Decisions will have to be made of the actual planning of the project will take considerable time but it is felt that these steps are very important.

On May 25, 2009 we went to the Framingham AMC theater to see Angels and Demons. The movie was very good and everyone had a good time.

This blog is about the prices at AMC theater:

Wow, at these prices, no wonder people are by passing the concession stand when they go to the movies.

I wouldn't mind paying these prices if you got something special. The popcorn didn't taste fresh and the Large Drink is the same as the 7-11.

Today is the first day that Michael Moore's Fahrenheit 9/11 is available on VHS and DVD. Non of the local Boston TV or Radio stations mentioned it this morning.

This documentary might have some influence over the November presidential election. However, I would think that the VP debate tonight will have more influence over some undecided voters.