When Shoppers World first opened on October 4, 1951 it was a new concept in shopping. People could now go to one place to do their shopping.

People driving down Route 30 would see the large "Shoppers World" sign and know where to turn to start their shopping experience.

In the 1990s, Shoppers World became outdated. At the time, Shoppers World offered an open center court while newer Malls had enclosures to protect shoppers as they went store to store. New owners decided to tear down the infrastructure and rebuild. 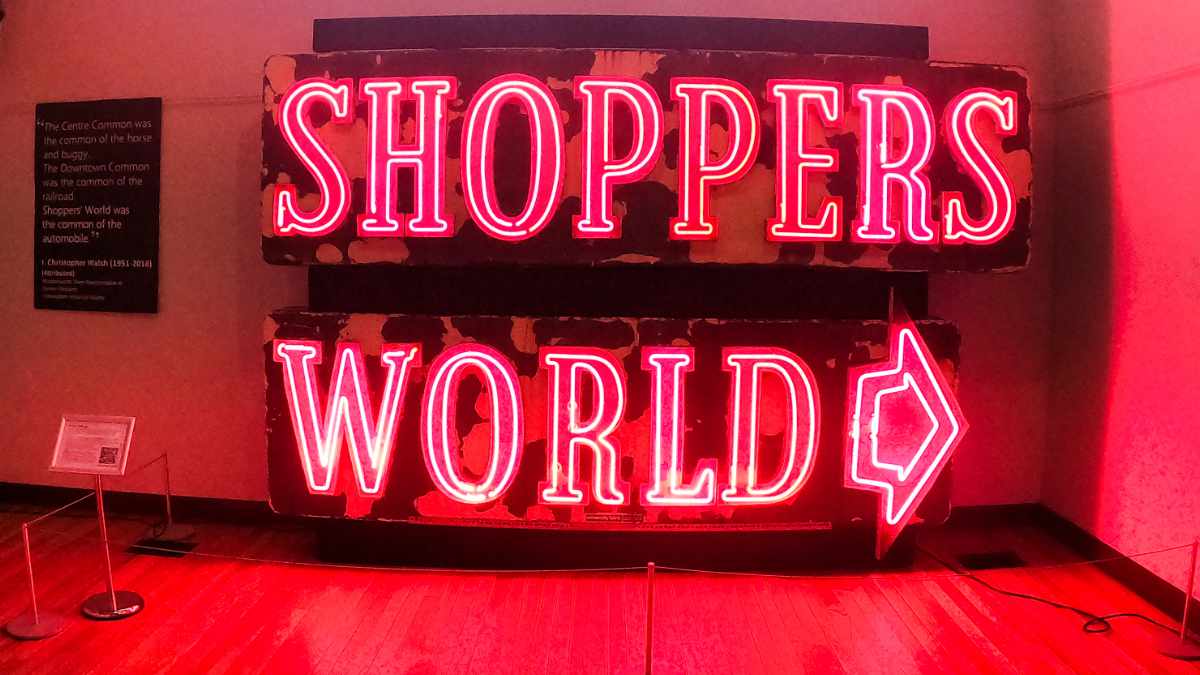 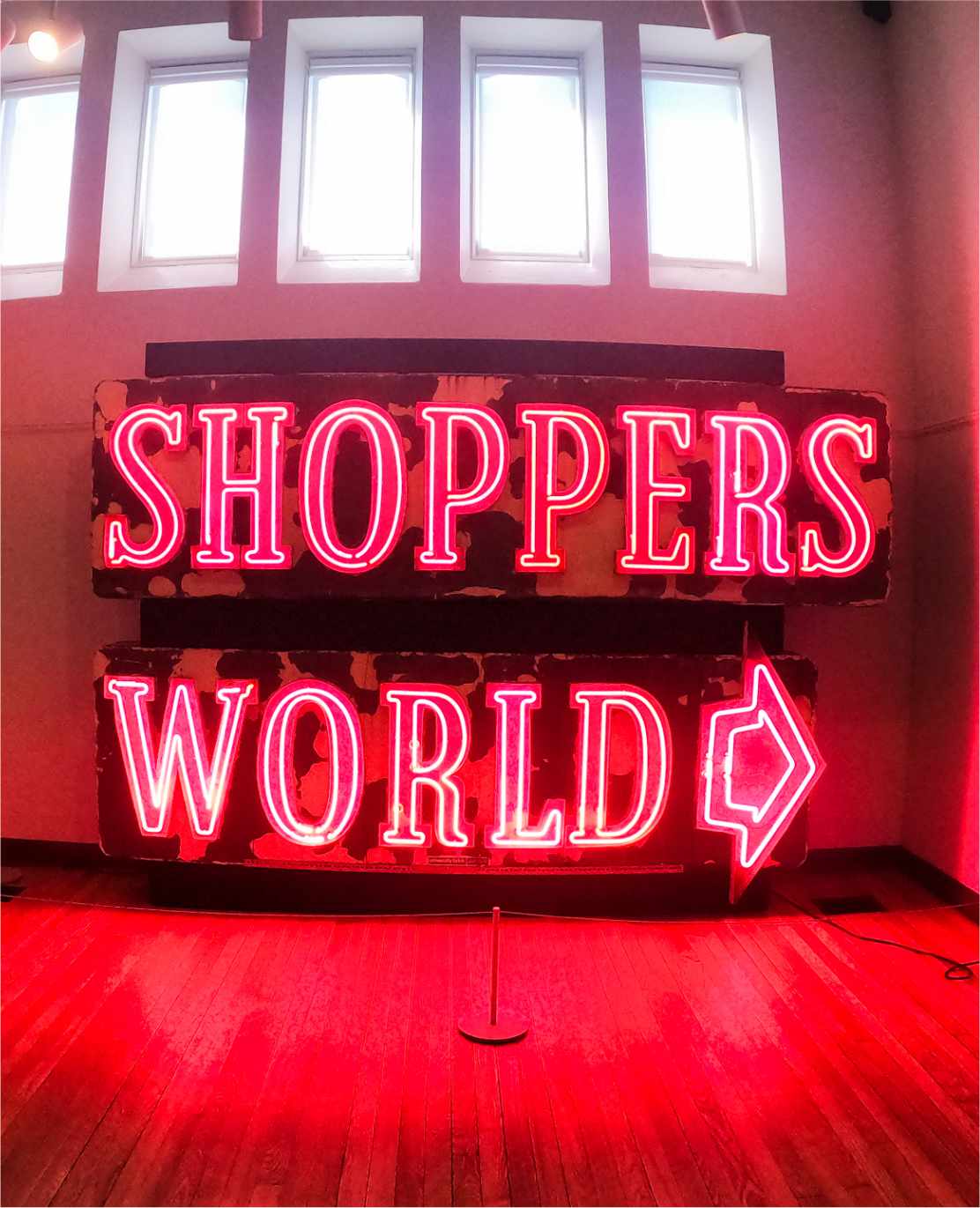 The sign was made by University Brink, the same manufacturers of the famous Citgo Sign in Kenmore Square. (Can you see any resemblance?)

This sign was located at the north side of Shoppers World - near the entrance by Kohls and Chick Fil A.

When you visit the Historic Society they may have to turn the sign on when you arrive. They don't have the sign on all the time.

When the sign was first displayed at the Framingham Historical Society they had a special event where people could come and talk about their experiences working at Shoppers World.