The Nipmuc Indians were the original owners of the land that would become Framingham. In 2019, a plaque was placed on a hill where they once used as a lookout. 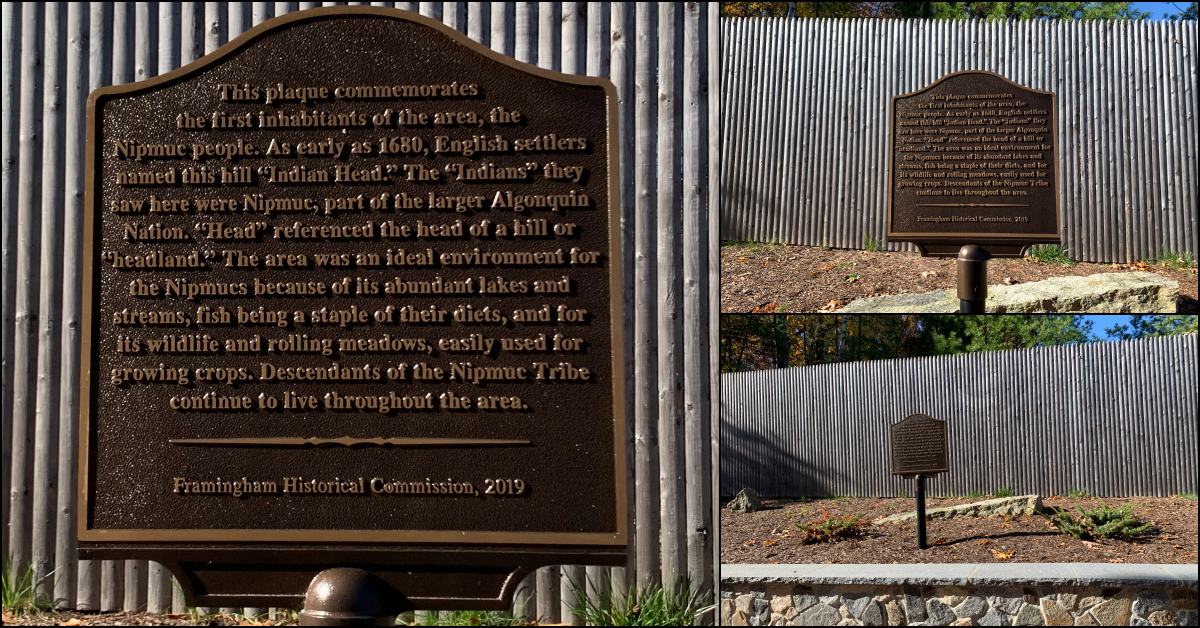 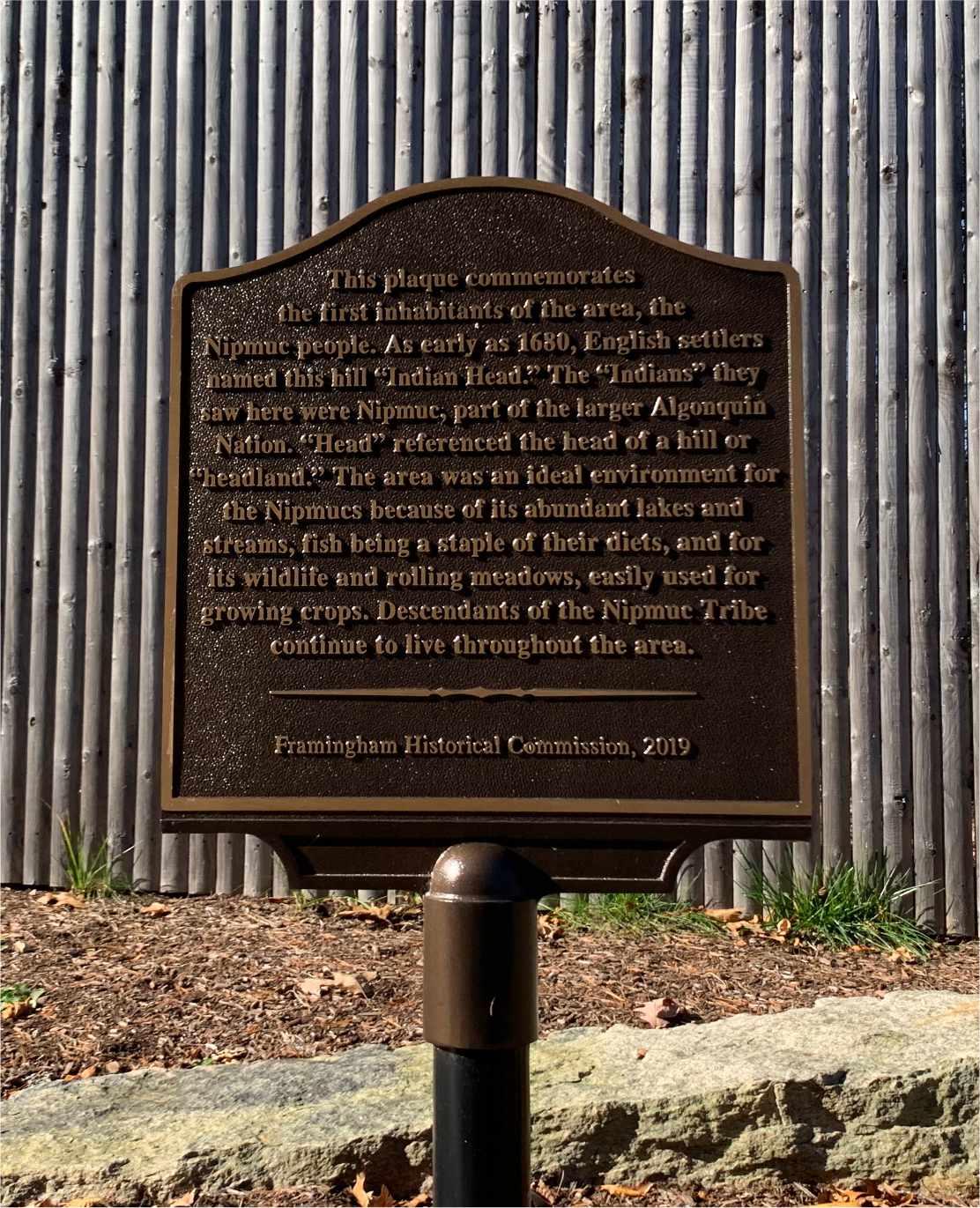 This plaque commemorates the first inhabitants of the area, the Nipmuc people. As early as 1680, English settlers named this hill "Indian Head." The "Indian" they saw here were Nipmuc, part of the larger Algonquin Nation. "Head" referenced the head of a hill or "headland." The area was an ideal environment for the Nipmucs because of it abundant lakes and streams, fish being a staple of their diets, and for its wildlife and rolling meadows, easily used for the growing crops. Descendants of the Nipmuc Tribe continue to live throughout the area.

Fun Facts about the Plaque

Elans Gelfand, Framingham High School student, lead the fight to put up a sign on Indian Head Heights honoring the tribe that once ruled the area.

Originally she wanted the street ( Indian Head Heights ) to be renamed but settled for a plaque commemorating the sight.

Elans had been planning on taking some action after reading a book about the Indians during the colonial days of America.

Larry Spotted Crow attended the small ceremony. Larry is a Native American Cultural Educator and a known member of the Nipmuc tribe.

Framingham Historical Commission created and paid for the sign.

The plaque is located at 14 Indian Head Road. There are no official parking spaces near the plaque, but it's a nice quiet street - so there should be a problem with street parking.

Note: The street is a steep uphill climb, icy weather is probably not a good time to go.