In June, MapDiva announced that they are discontinuing supporting the ArtBoard and Ortelius. This is the announcement that they put on their website:

Unfortunately a series of overwhelming external forces and lack of resources has forced this decision, among which was the withdrawal of support for our chosen licensing scheme by Devmate. One effect of this is that existing licenses will become deactivated over time. All subscriptions will end when the current period expires, and no further charges will be made -- customers do not need to cancel their subscriptions manually.

As a courtesy, a fully unlocked, free, and unlimited version of Ortelius (and Artboard) can be downloaded below to allow you to continue to finish projects. There is no longer any support available, however. Note that this is a fully notarized app -- something we were unable to release previously due ironically to problems with the licensing framework. With that removed, the notarization could proceed successfully. This version also supports Big Sur and M1 Macs natively.

Yup, your read that right, you can now download Artboard and Ortelius for free! This is a big deal since Artboard was selling for $39.99 and Ortelius $399.

This is a great way to get your hands on some pretty powerful vector drawing applications.

I purchased ArtBoard in 2016, and for a while wrote a few blog posts. I was really getting into the application for some occasional use. Some of the blog post images in the summer of 2016 were done using ArtBoard. I did consider purchasing an upgrade but didn't think it was worth it as I thought Affinity Designer was more useful for my needs.

As for the free versions of ArtBoard and Ortelius, I have verified that they both work on macOS Monterey (12.0.1). Ok so I haven't tried all the functionality but it seems stable. 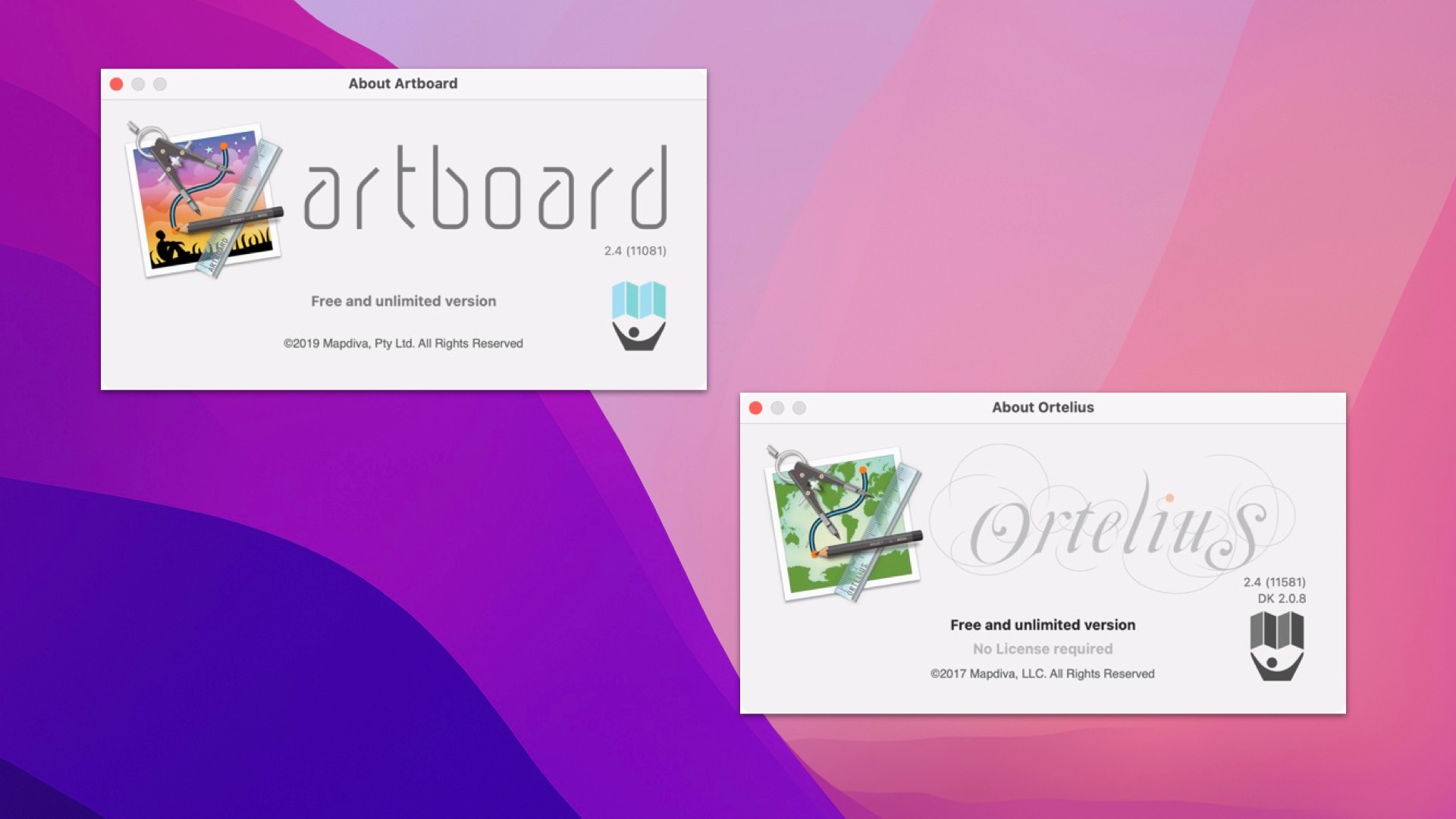 Hands-on Exercises - If you haven't use a vector pen before, it can get a bit difficult to use. Both ArtBoard and Ortelius have Hand-On Exercises to learn how to apply curves. They are easy to follow and certainly

Create Your Own Street Map! - Using Ortelius you can create your own personal street map! This is something that will take time to create. There are some Hands-on Exercises that can guide you, but I think it will take some trial and error to create an awesome map.

Templates - In ArtBoard there are Social Media templates to help you plan your social media graphics. While these may seem a bit dated - they are from 2016 - you can update the default template to your image specs. There are business card templates for Moo.com too.

Library Manager - There are 1,961 library items in ArtBoard and 1,809 in Ortelius. These graphics might help add some variation to your images.

Text Effects - In ArtBoard you can easily create text paths with various curves and styles. I find it a lot easier to create text on the circle path in ArtBoard than in Affinity Designer.

You can download ArtBoard and Ortelius from MapDiva's website. I don't know how long they are going to make these downloads available.