Quick Update on the Vaccine Search

Back in January, 2019, I wrote about how the Nexvax2 was in Stage 2 trials. This vaccine would help people with celiac disease to occasionally enjoy foods that may contain gluten.

I thought I would follow up on the update of the testing. 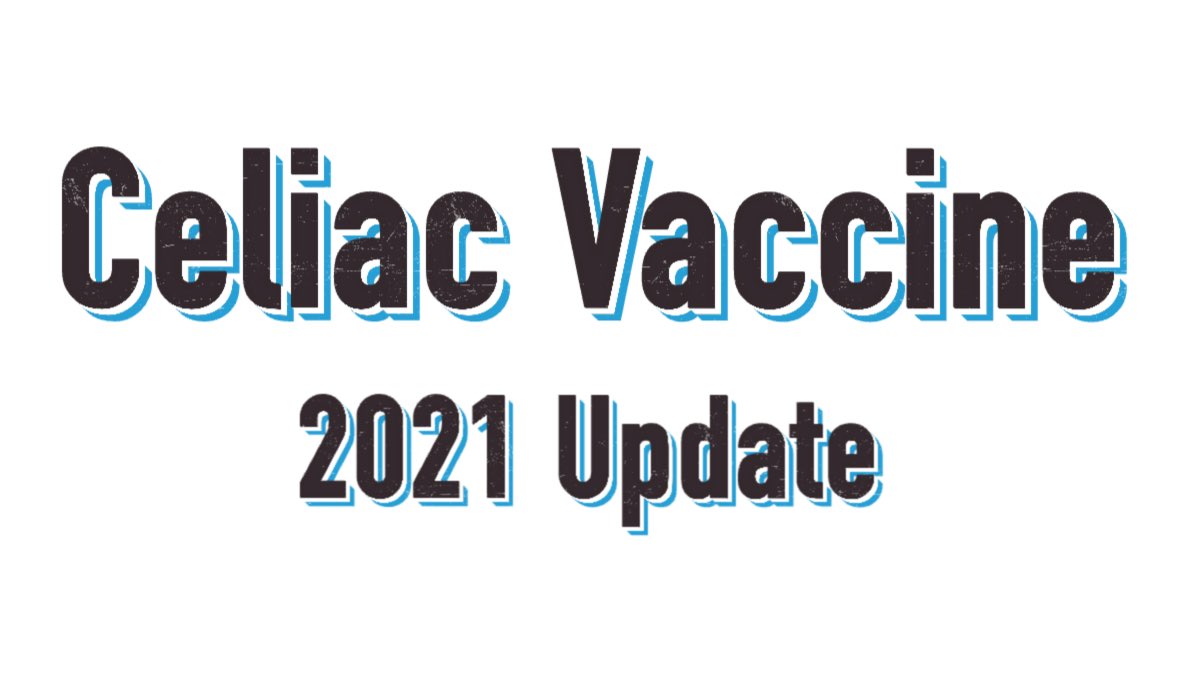 Nexvax2 Trial has been discontinued

The results of the trial showed that the vaccine didn't provide any more protection from gluten when compared to the placebo.

The results from an interim analysis revealed Nexvax2 did not provide statistically meaningful protection from gluten exposure for celiac disease patients when compared with placebo.

ImmusanT, Inc is a biotechnology company focused on developing a treatment, and a set of diagnostic and monitoring tools to manage patients with Celiac disease.

ImmusanT has closed its doors shortly after stopping the Nexvax2 trial. Any testing information is likely to be Vatera Healthcare Partners as they were the primary backers to ImmusanT.

While it's disappointing to hear that Nexvax2 didn't make it. There are plenty of other trials still in play.

Earlier this month, the New England Journal of Medicine featured a story about an experimental drug called ZED1227 that looks to be promising to those diagnosed with celiac disease. (A Randomized Trial of a Transglutaminase 2 Inhibitor for Celiac Disease)

According to early testing, patients on the drug showed fewer signs of intestinal damage when eating a biscuit with some gluten.

As part of the study, patients have to take a pill every morning and and once in a while they would eat a biscuit that contained a trace of gluten.

Zedira is still moving forward with the phase 2b study in Europe.

This series of posts will cover some tips and tricks that I have learned about my twelve-year-old daughter's gluten-free lifestyle in the Boston area. Gluten-free eating can be challenging in any big city, but especially in Boston due to the high number of restaurants and availability of options. I've been learning what I can to make sure my daughter can still enjoy eating out, and I want to share what I've learned so that other families in the same situation can benefit.