Walking through the Framingham's Church Hill Cemetery, you may encounter many strange old gravestones. However, one stands out a bit more than others - its the gravestone of Joan Buckminster Marcy 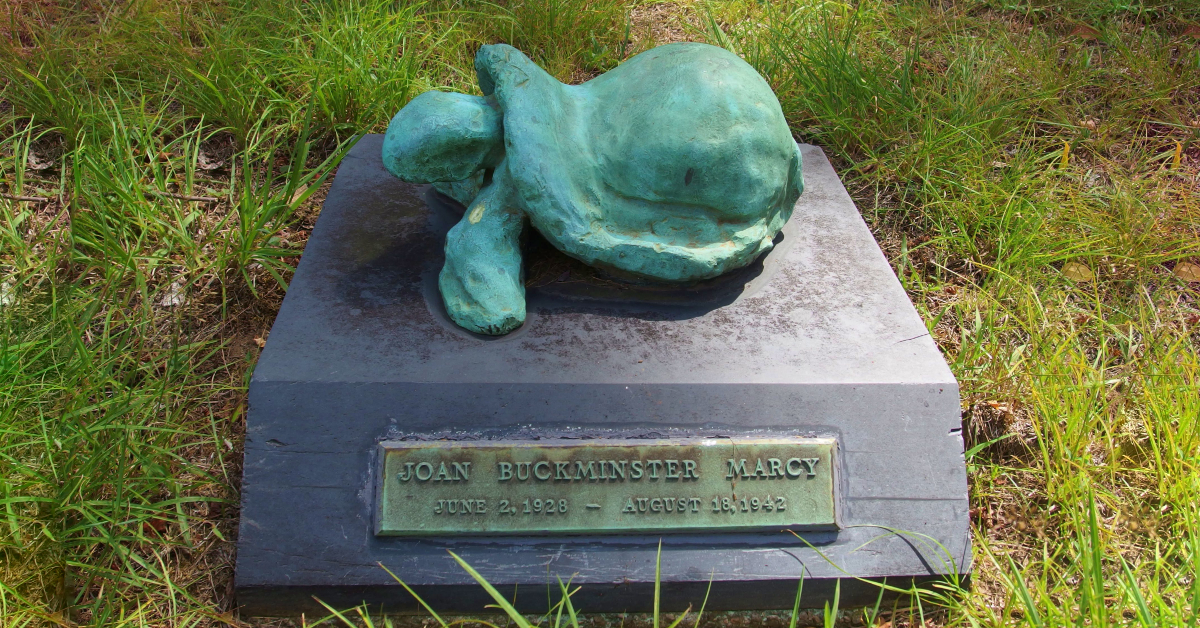 Who was Joan Buckminster Marcy?

There isn't a whole lot of information on her. I did find her obituary in the Buffalo NY Courier Express (Page 7):

Funeral services will be held tomorrow at Guilford.

Besides her parents, Miss Marcy is survived by a sister, Constance of New York City.

In addition, someone posted some information in a feedback section on the ThisIsFramingham website, I am not sure it's talking about same person:

Someone was interested in Joan Buckminster Marcy, buried in the cemetery at Framingham. She was my great aunt and a great beauty if I do say so myself. I inherited her portrait, done in oil. It's beautiful and hangs in my sister's house in Washington State.

She was married to a Spanish diplomat.

She died in Egypt after an ectopic pregnancy; medical technology was not what it is today, obviously. She was still in her twenties when she died.

I never knew her, but I knew my grandmother, her sister, very well indeed.

Why a Turtle Gravestone?

The whimsical bronze turtle does stand out from all the other classic gravestones.

One possible reason for the turtle is its Indian meaning - The turtle symbol signifies good health and long life. The turtle has great longevity living up to 150 years. (Could also be that Joan had a special thing for turtles)

Mystery in the Graveyard?

I am not sure if Sarah comment is correct.