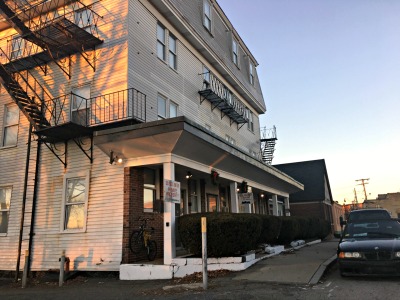 The Old Colony Hotel is a small hotel near downtown Framingham. Framingham MBTA commuters may see the hotel as they drive to the commuter rail parking lot, as it's the last business before the parking lot.

Some online reports claim that the hotel was built around 1885. However, the town of Framingham lists the building as being built in 1900.

According to local reports In April 1966, John T. Horning murdered James Barry Sr. at a bar at the Old Colony Hotel. Police said that his motive for the killing was that John wanted to collect money that James owed him. John confronted James in the men's room, a fight broke out and James ended up on the floor with a broken neck.

John T. Horning, then 26, was charged with the murder. There is no information on the status of the trial, beyond that the jury visited the hotel to see the crime scene.

Here are some other things that I have learned about the hotel: