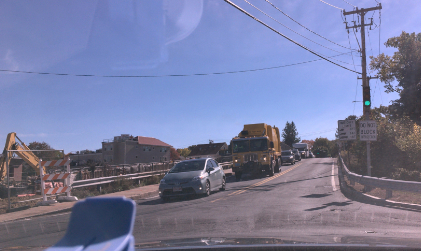 The Winter Street Bridge in Framingham, Massachusetts is set to close so that a new bridge can be installed. The new bridge is scheduled to be completed by September 2017, just in time for the new school year.

The bridge handles about 8,000 cars a day, according to a traffic count done last April.

Most of the people that use the bridge come are coming from Ashland and are heading towards Route 9. Some popular places are Joseph P. Keefe Regional Technical High School, and Framingham's Barbieri Elementary School and Framingham State University.

A pedestrian access will be maintained throughout the project.

The original plans, from MassDOT, had the bridge to be closed 14 months from June 2015 to Aug. 2016. The project was delayed due to planning issues - including work on another bridge on Winter Street.

Both of these routes will make avoiding the traffic around Winter Street a bit easier.

On June 10, 2013, the Winter Street Bridge over the Sudbury River closed for repairs. This was the first time in 83 years that the road was closed to repair that bridge.