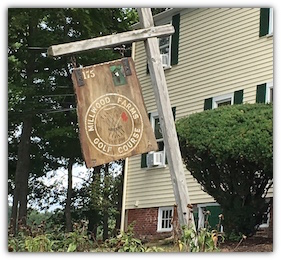 This will be the last year that Framingham will have two golf courses as the Millwood Farms Golf Course will have its final run in the next few weeks. Next year much of the golf course will be converted to a residential development and the remaining land will be a park. If you ever wanted to play golf at Millwood Farms, this is your last chance!

Before the Drake Family could close on the deal, the town of Framingham had the opportunity to match the offer by the Capital Group Properties. This is because the land is zoned for farming and the town had given a tax break to the Drake family.

A special Town Meeting was held on September 1st with 155 town members showing up, representing .04% of the Framingham registered voters. The town voted to reject the purchase offer by a 69 to 86 vote.

The article required a 2/3 majority to pass. Which means that they needed 103 votes to approve the town to purchase the land.

The majority of registered voters rejected the purchase because there are a lot of upcoming capital purchases such as the millions of dollars worth of repairs to the Memorial Building, a renovation of Loring Arena and a school building project. To help persuade voters the developers had promised 30 acres that will be available to the public.

The Capital Group Properties pledge to keep 30-acres as public land isn't in a legally binding document. The town of Framingham may have

Some Miscellaneous Trivia on the Capital Group Properties.

Some people may not know that the Millwood Farms area actually has a historical past. There's plenty of history that goes all the way back to the early days of the revolutionary war.

The "Millwood Farms" area was once known as Millwood Flats and was acquired by the State of Massachusetts and developed into a recreation area.

In the 1670s the land belong, Governor Danforth, who got it from the land grants of the Massachusetts General Court. He sold a good portion of it to Colonel Joseph Buckminster. When the English colonies went to war during the Queen Anne's war, Buckminster became a captain in an expedition to French Acadia.

It was purchased in 1760 by Nathaniel Brinley. Nathaniel was a bit of a controversial figure in Framingham as people felt he was a Loyalist to the British. His name was on the "Address to Governor Gore" in 1775. The Inspection and Safety Committee took possession of the farm and sold it in an auction. (There's no record of who own the property between the Brinley and Bowditch's.)

In 1862, Ebenezer Francis Bowditch purchased the 600-acres estate when he was 21 years old. He names it Millwood Farm in honor of an old mill on the property. His paternal grandfather was Nathaniel Bowditch, the famous Salem mathematician and author.

The Bowditch Mansion, where E.F Bowditch and Nathaniel Bowditch lived, now houses the Sudbury Valley School, on the corner of Millwood and Winch Streets.