Last Week, a federal judge ordered Apple to help the FBI hack into an encrypted iPhone used by Syed Farook, who along with his wife, Tashfeen Malik, killed 14 people in December. Specifically, the government wants Apple to bypass a self-destruct feature that erases the phone's data after too many unsuccessful attempts to guess the passcode. Apple has helped the government before in this and previous cases, but this time, Apple CEO Tim Cook said no and Apple is appealing the order.

One of the reasons that Apple has said no is because this is one of the rare times that a court has ordered the technology company to take action. The court has ordered Apple to bypass a feature that thousands of users have used in case they loose the phone. 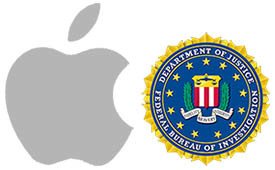 I am going to agree on Apple on this one. The FBI shouldn't force a company to manipulate their technology for a government back door. (Didn't we learn anything from the whole Edward Snowden fiasco?)

I don't think that the FBI needs the back door that they are making for. They already have an incredible amount of control here. Here are some of the options that they have at their disposal:

If you have an iPhone 6s Plus, you should be aware of the security aspects of your phone and take full advantage of them. That includes enabling the Passcode and Touch ID on your phone. Make sure to use a complex password too, don't use 12345 or 11111 as they are the two most common passwords.

Also keep in mind that just because you're using a secure phone, doesn't necessarily mean your data is secure. In many ways, the Levenger Circa is more secure than an iPhone. No one can read your Circa unless they are holding it.

Last Thursday, the MBTA had a sticky situation where they were not able to get trains to South Station. This was because of Amtrak signal issue at South Station.

Amtrak notified the MBTA of the situation at 6 am, and the MBTA designated alternative stations where passengers could disembark the Commuter Rail trains. The real mess for many commuters was during the evening rush where many trains were canceled.

I created this graphic just to make light of the situation. 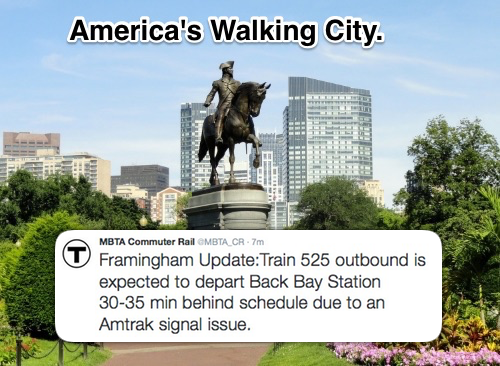 Five Key lessons that I learned:

The situation at South Station was fixed by the Friday morning commute and all was normal again.

Filed under the MBTA category.