Statue to Commemorate the Revolutionary War

At the intersection of Union Avenue and Main street is called Buckminster Square. At the oval island is a Minuteman statue. (June 2021 Note: The minuteman statue has been removed because of construction. The statue will return in 2024.) 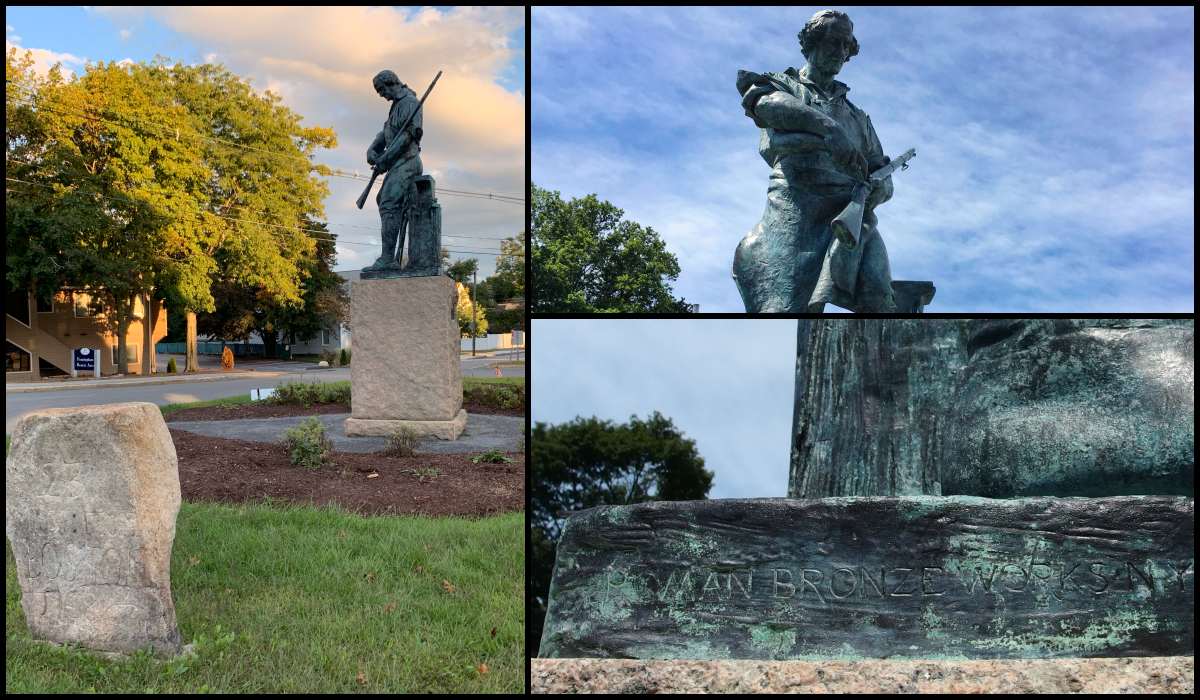 Fun Facts About the Statue

In 1889, the town of Framingham granted an appropriation for a statue. Buckminster Square was selected as it was part of the old colonial period. (This was near the site of the Buckminster Tavern.)

Theo Alice Ruggles Kitson name is on the base of the statue.

Henry and Theo Alice Kitson separated shortly after the minuteman statue was completed. Theo Alice Ruggles Kitson moved to Framingham in 1926 - they originally lived in Sherborn.

The statue was dedicated on Memorial Day Tuesday, May 30th. 1905. A time capsule was placed in the base of the statue.

When the statue was placed in 1905 it was facing South. It was moved in 1941 to face Concord - the direction the Framingham Minuteman would be heading.

The statue was moved 45-degrees in August 2011 when a drunk driver's car crashed into the statue.