The latest iPhone XS Max is using the 802.11ac WiFi speed. Which is pretty fast, it can download files at 1 Gbps compared to 600 Mbps using the old standards. It's the latest and greatest WiFi speed that has been available for a few years. 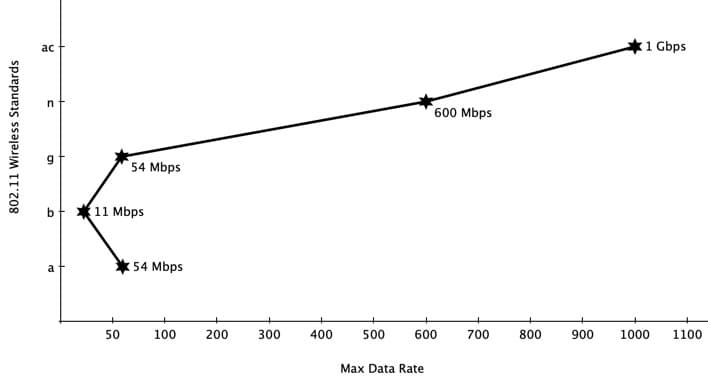 How WiFi Speeds has changed since 1999

Seven things I Learned about 802.11ac