Cheesecake Factory at the Prudential Mall

Cheesecake Factory at the Prudential Mall 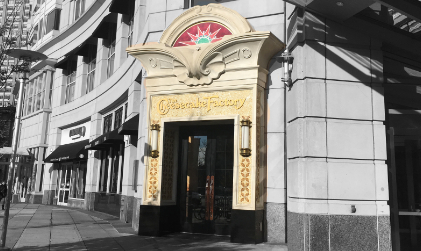 This past weekend we had a very interesting experience at the Cheesecake Factory at the Prudential Center Mall in Boston, Massachusetts.

We had a rather large party -13 people. We stopped by for lunch before heading to the Holiday Pops at Symphony Hall. (We made reservations ahead of time and indicated that there were 2 people in the party that had gluten free allergy.)

When we placed our order we told the server, multiple times, that our daughter has celiac and that her food needed to be gluten free. In addition, my wife also placed a gluten free order. My daughter orders a pasta with four cheese.

When the meals came to the table, we asked the server if both dishes were gluten free. He indicated that they were.

My daughter lunch looked a little strange as the sauce appeared to be thicker than normal. Typically gluten-free pasta sauce is a bit watery because you can't add flour to thicken it up.

My wife started eating hers for a bit and then noticed that a macaroni was in her dish. We know from experience that the Cheesecake factory only has one style of gluten free pasta. It was at that point we realized that they cooked the pasta in the same water as regular pasta. This would result in serious cross contamination. 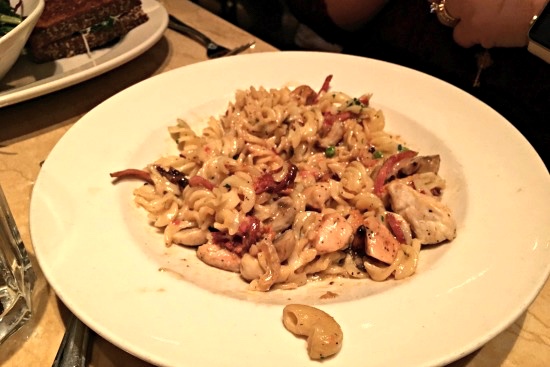 You can see the Macaroni that was mix in with the Rotini. We have learned from past experiences that Rotini is the only gluten free pasta that the Cheesecake factory has. So as soon as we saw the Macaroni we knew something wasn't right.

We immediately asked for the manager.

When the manager arrived we informed him of what we found. He was very apologetic. He informed us that there was nothing on the food order that it was an allergy. (Turns out we had a new server, which explained other problems we had with other dishes.) The manager offered to re-cook the pasta and make sure that they used new water. We told him that only our daughter dish needed to be fixed.

About 10 minutes later, the same server came by with a new plate. This was a bit surprising since I would have expected that the floor manager to bring the dish to the table, as a sign of taking ownership and responsibility. The sauce looked a bit watery than before which is what we would expect.

I thought that the pasta was cooked pretty quickly. ( I can't even boil water and cook pasta at home in less than 10 minutes) My daughter said the food tasted good and looked better than before.

The Cheesecake factory did make some adjustments on the bill, we don't know exactly since we didn't pay for the meal.

Not exactly sure that we would go back to the Cheesecake factory.