In February 2007, I purchased VisualHub to help convert media files. The application is able to convert any media file to iTunes, PSP, DV, DVD, AVI, MP4, WMV, MPEG and Flash. Users simply had to set the converted media type and then drag and drop the files they wanted to be created.

This came in handy because at the time I had a lot of Flash video files that I wanted to convert to MPEG so that I could view them on my iPod. (The iPhone hadn't come out yet!) 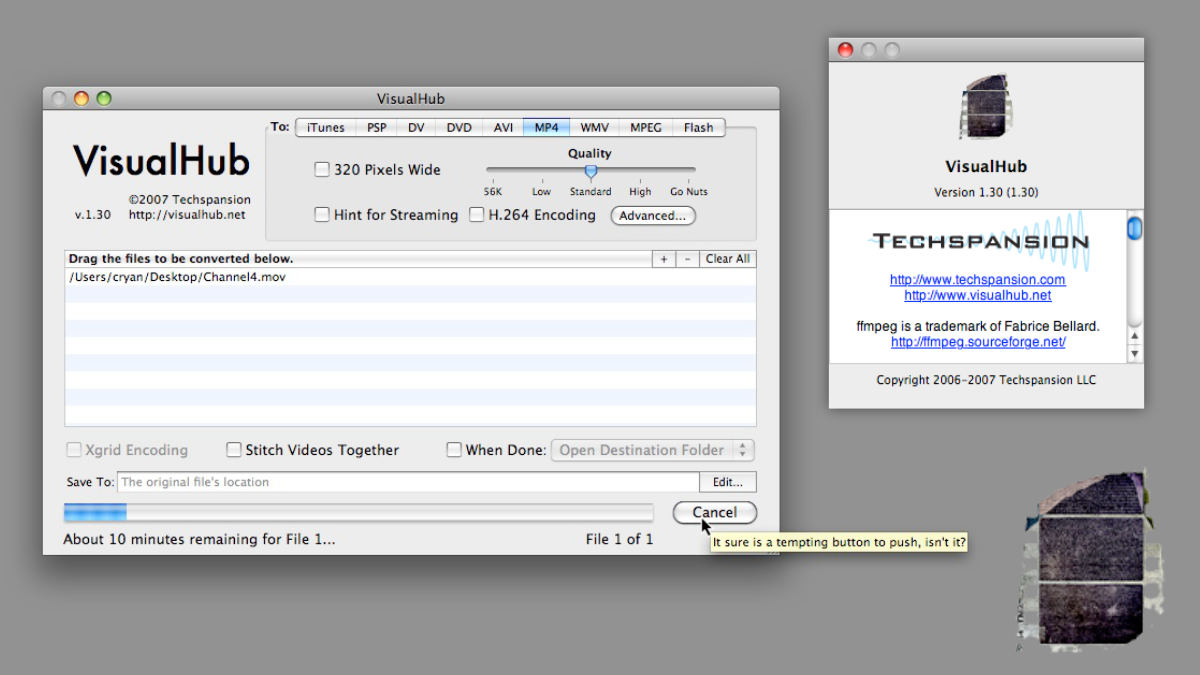 Some screen shots of VisualHub. Got to like that tool tip that pops up.

I still have the application on my old G4 Macintosh Computer running MacOS 10.5.8. The application runs fine. I did a quick conversion test and it did take a bit longer to convert a file. In Smart Converter Pro on my iMac (Retina 5K, 27-inch, 2019) it took less than 10-seconds. On my Dual 1.42 Ghz PowerPC G4, it took 11 mins and 35-seconds to convert the same file.

Smart Converter Pro is a great replacement tool. If you do a lot of video coverting it's worth the $14.99 price. If your doing occasional video conversions you should consider using handbrake.

Both Smart Converter and Handbreak are good tools. Handbrake can be a bit tricky to install and use.