Cobra Effect - When the Solution to a Problem Makes it Worst

The cobra effect is when you provide a solution to a problem that results in the problem becoming worst.

How the effect got it's name:

Many years ago in India there were a lot of Cobras and they were dangerous. The British government thought it would be better to encourage locals to catch the cobras. They ran cash incentives for people to kill them. However, the locals saw this as a business opportunity and started cobra farming. Once the British caught on realized that the incentive wasn't solving the problem they stopped the bounty. The farmers were stuck with a lot of cobras and ended up setting them free. The net result was a lot more cobras than before the bounty. 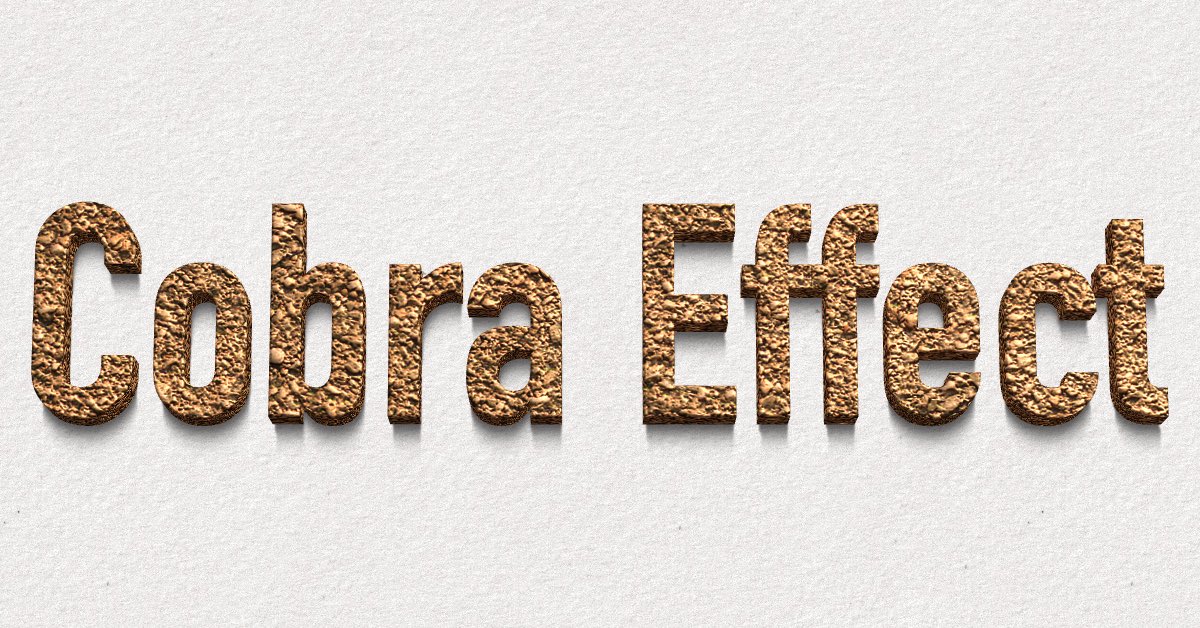 Here is a real-world example where I have seen the Cobra Effect in QA.

There was a point in time that we were having too many Production Patches. Many of these patches were a result of engineering not providing detailed descriptions of the risk of the changes being implemented.

Management implemented a "$1 Patch Jar" where those that were responsible for a patch had to put in money. This was to encourage developers to test their code.

The problem was that people were putting in a lot more than $1 just to cover any future mistakes. As a result, Developers were more relax about testing their code knowing that they already "paid" for the bug and the patch count didn't go down.

I intended to post a couple of examples, but I could only think of the one. If I think of something in the future, I'll sure to post that.