Use Quicktime to quickly digitalize audio

Apple Quicktime has the ability to record video and audio files. This is a quick way to digitalize audio. For example, if you want to send an audio message in an email or a social media post.

There are two settings for audio: 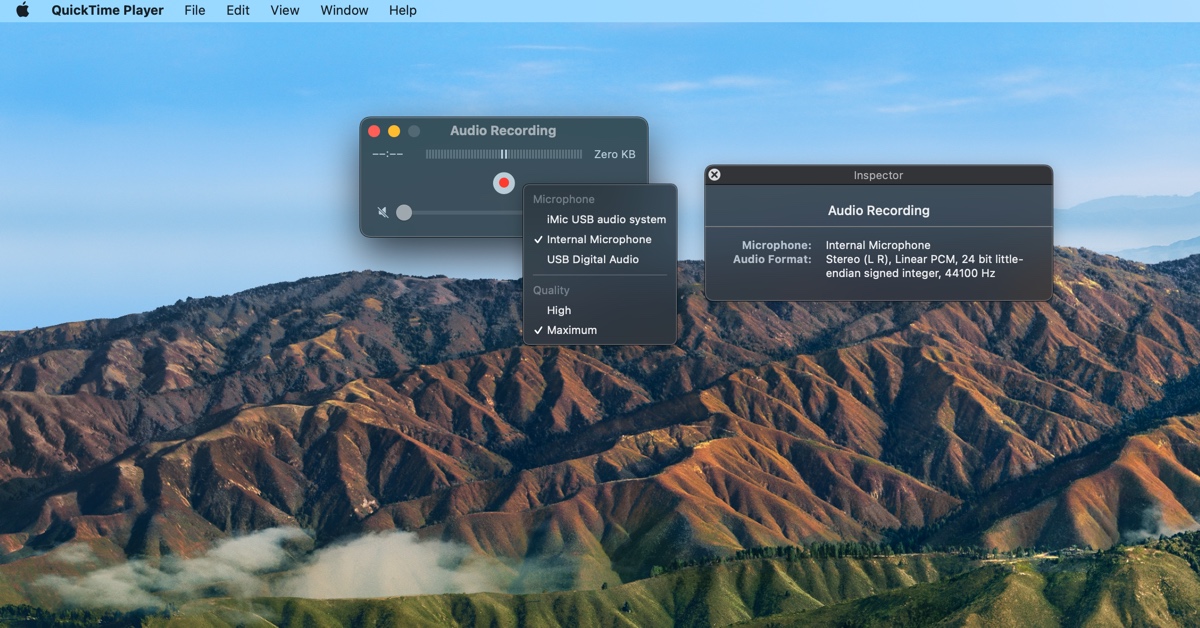 The output audio is off, by default. You have to adjust the volume to hear the recording.

The recording settings that Quicktime starts with are the same as the default sound input. This is defined in the System Preferences - select Sound.

When you have the QuickTime Inspector open, it shows you the current settings that you have set up.

Three Reasons to Use Quicktime

Three Reasons Not to Use Quicktime