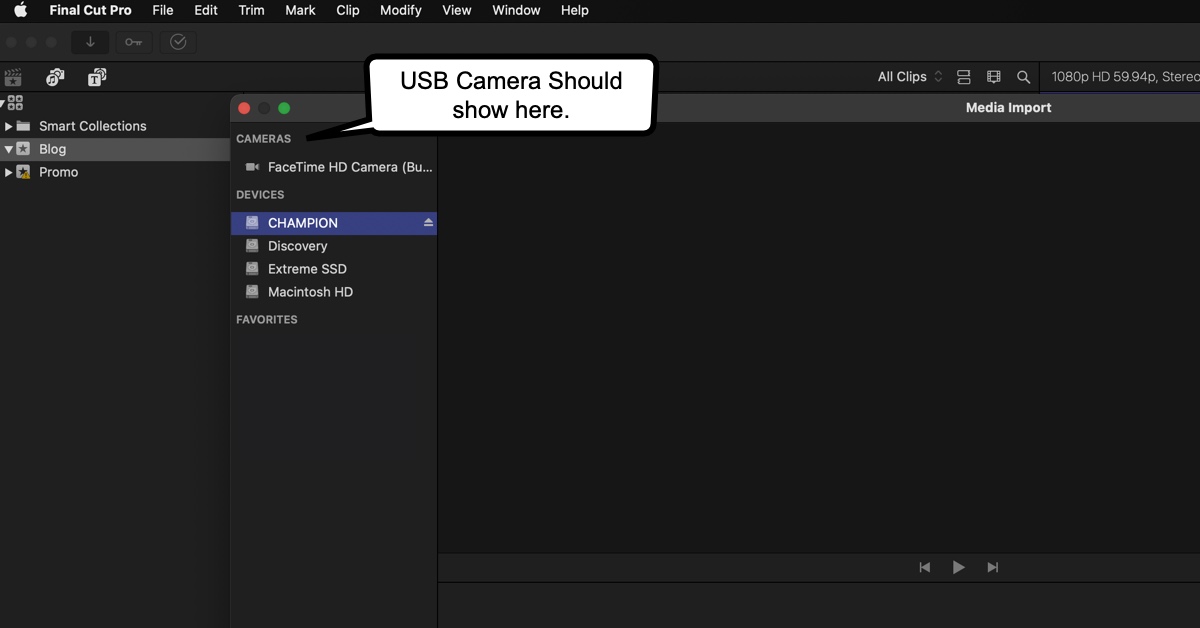 According to Apple's documentation:

Connect the camcorder to your Mac using the cable that came with the camcorder, and configure your device for remote control over FireWire, if necessary.

Note: For best results when importing from a tape-based camcorder, it’s recommended that you import the video using the same camcorder that you used to record it.

This apparently true for iMovie. You are not able to select any USB devices to record live video.

Works in Other Apps! 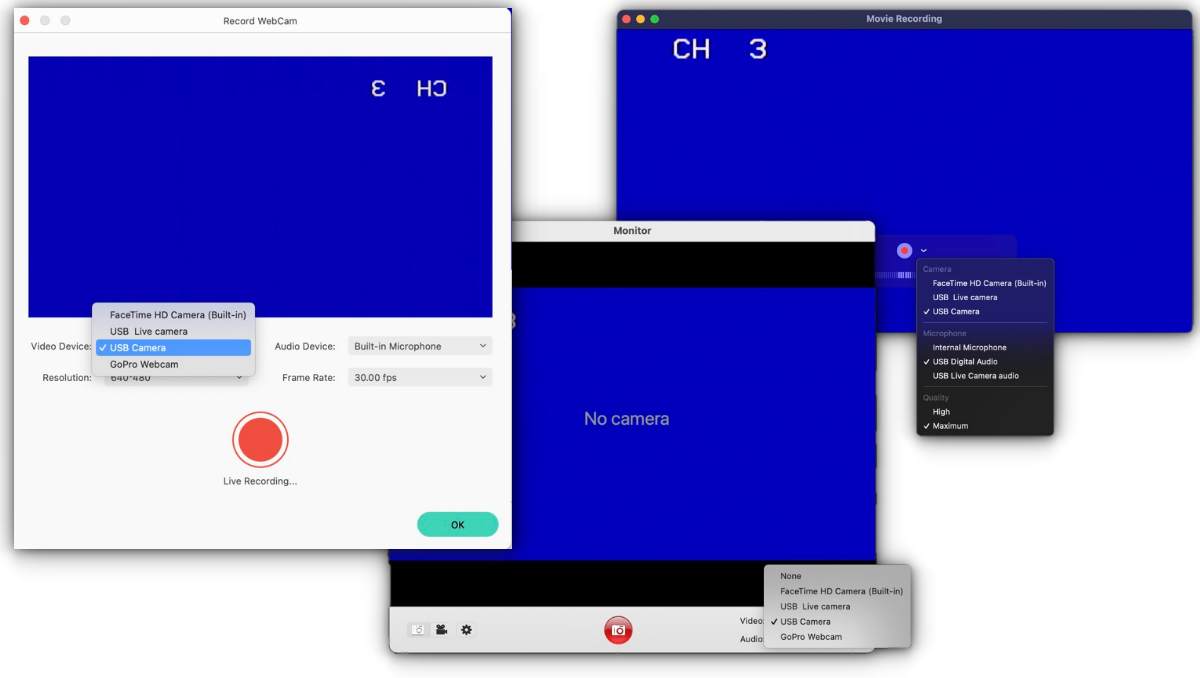 I am able to access USB camera in other apps, such as Apple QuickTime, Wondershare Filmora and Graphic Converter.

I am not sure why Apple won't let users record from USB cameras in Final Cut Pro and iMovie. Hopefully, its something that will be fixed soon.