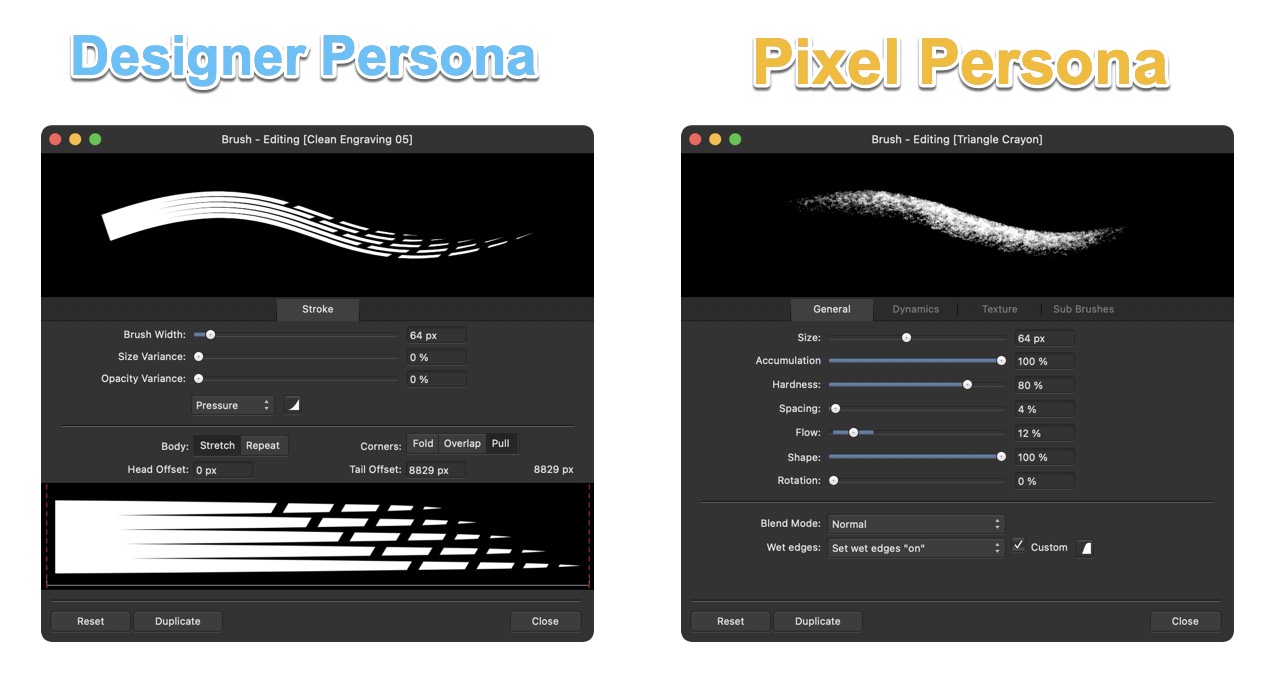 See that you have more options in the Pixel Persona

Only Pixel brushes are available in the Pixel Persona. So if you installed brushes and don't see them in Affinity Designer it's probably because you're not in the right persona.

The Pixel Persona gives you a lot more controls with Flow and scatter, something that isn't available in the Designer Persona.

Click the "Duplicate" button when making changes so that you can access the settings whenever you want.

After using the brush make sure to rasterize the layer.

If you are using Affinity Designer brush a lot you may want to get a Wacom tablet so that you can add pressure effect to the brushes - giving a more realistic look.

Filed under the "Affinity" category.