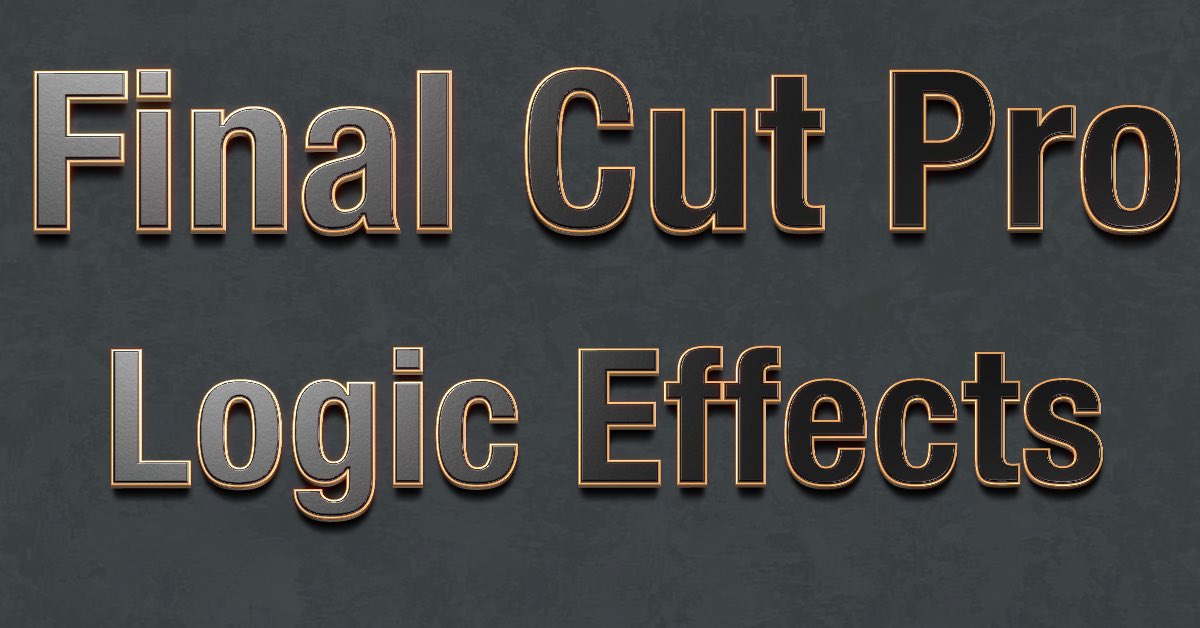 Which audio effect works best for you depends on your audio needs. It might be tricky to figure out which effect does what.

Here's a description of each Logic Effects functionality from Apple.com.

Adaptive Limiter - This is a versatile tool for controlling the perceived loudness of sounds. It works by rounding and smoothing peaks in the signal, producing an effect similar to an analog amplifier being driven hard. Like an amplifier, it can slightly color the sound of the signal.

This is great when you have a video clip that has several sound peaks and you want to boost up the other audio. This is a better alternative than using the Normalize feature in Fission and Audacity.

Compressor - This emulates the sound and response of several professional-level compressors. It tightens up your audio by reducing sounds that exceed a certain threshold level, smoothing out the dynamics, and increasing the overall volume - the perceived loudness.

Enveloper - This is an unusual processor that lets you shape the attack and release phases of a signal - the signal transients, in other words.

This can be used to help highlight some of the vocal sounds in a song.

Expander - This is similar in concept to a compressor, but increases, rather than reduces, the dynamic range above the threshold level.

Gain - Gain amplifies (or reduces) the signal by a specific decibel amount.

Multipressor - Multipressor (an abbreviation for multiband compressor) is a versatile audio mastering tool. It splits the incoming signal into different frequency bands- up to four -and enables independent compression of each band. After compression is applied, the bands are combined into a single output signal.

Noise Gate - This is used to suppress unwanted noise that is audible when the audio signal is at a low level. This effectively removes lower-level parts of the signal, while allowing the desired parts of the audio to pass.

Spectral Gate - This is used as a tool for creative tool design.

You can use this tool to muffle music so that it sounds like it's coming through the wall, or change a regular voice to sound like it was from a telephone call.

Surround Compressor - This is specifically designed for compression of complete surround mixes. It is commonly inserted in a surround output channel strip or in audio or aux channel strips -busses- that carry multichannel audio.