A look at a gravestone in the North End

As you walk around Copp's Hill Burying Ground in Boston's North End. You'll encounter some notable gravestones. There are a lot of unknown people buried in this historic graveyard. 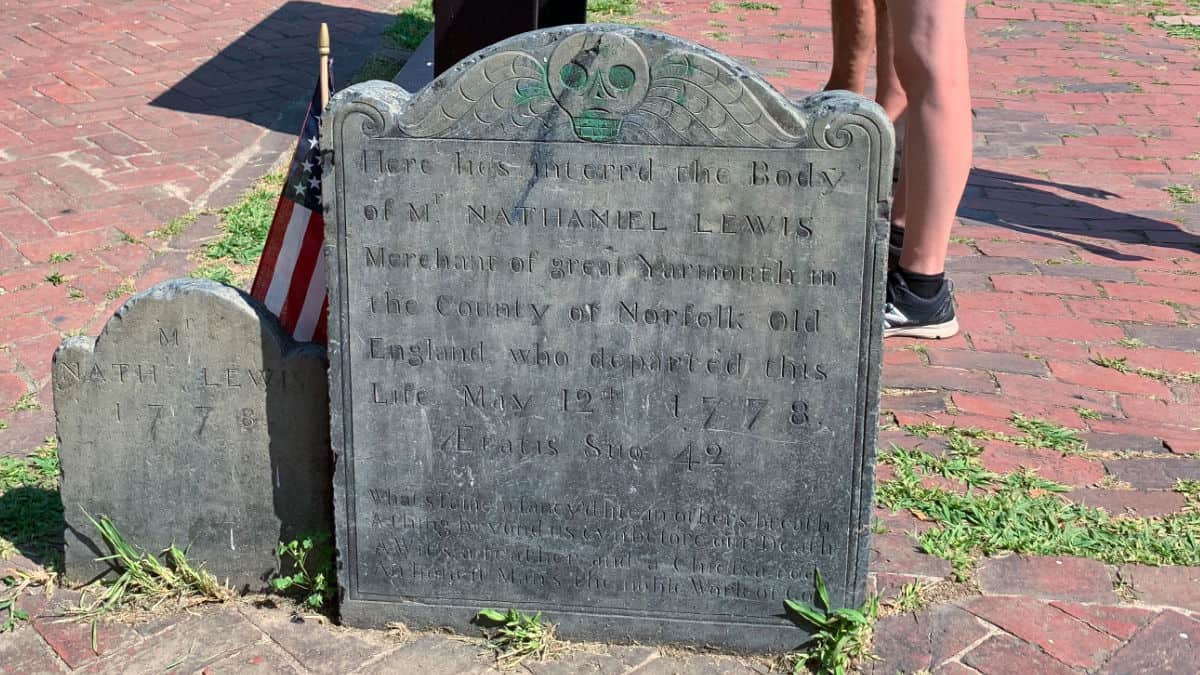 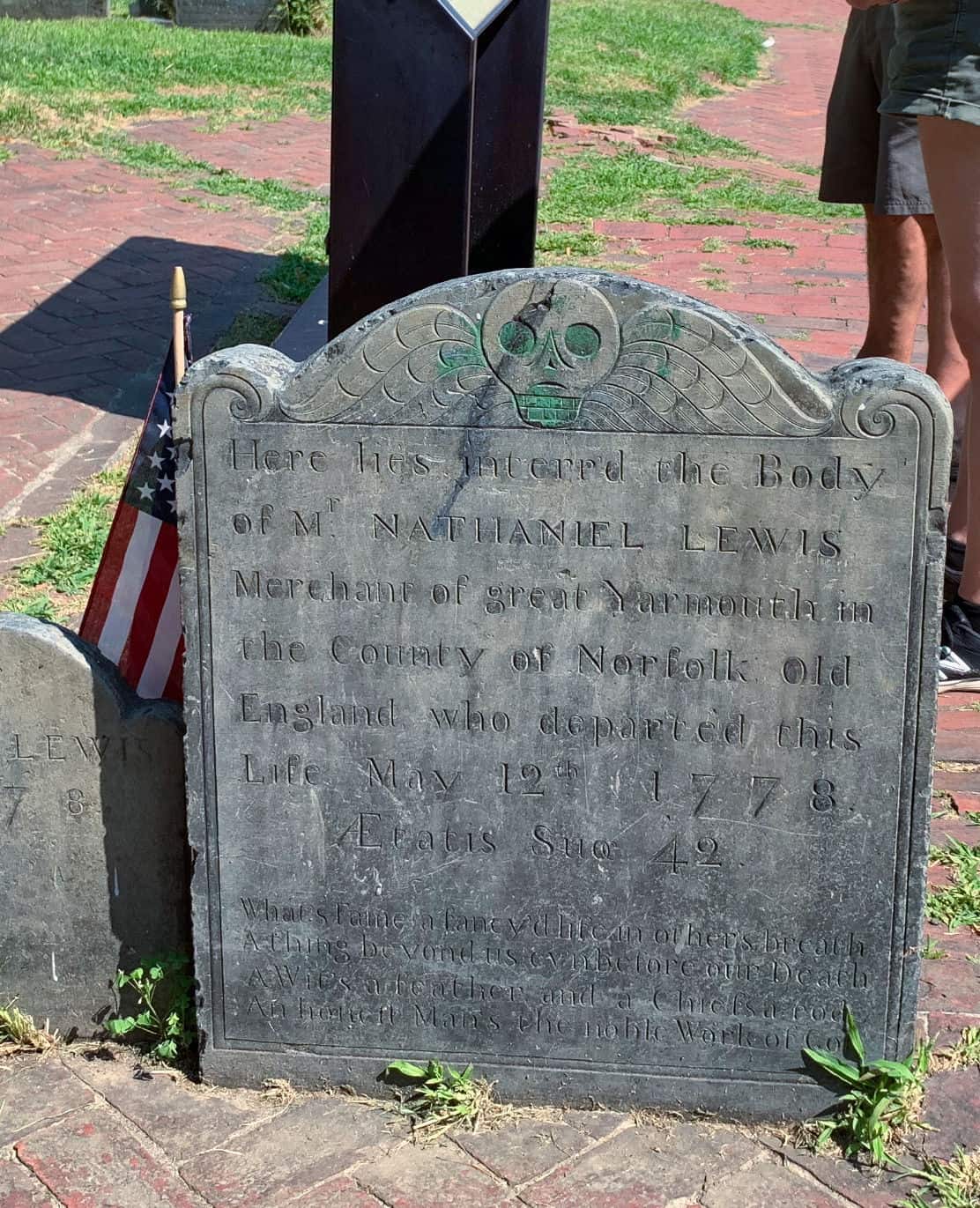 There isn't much that I could find out about Nathaniel Lewis.

Here lies interred the Body of Mr. Nathaniel Lewis Merchant of Great Yarmouth in the Country of Norfolk Old England who departed this Life May 12th, 1778. Age 42.

The bottom of this gravestone has this quote:

"What's Fame, a fancy'd life in other's breath
A thing beyond us ev'n before our Death.
A Wit's a feather and a Chief's a rod
An honest Man's the noble Work of God."