Walking around the outside of the Massachusetts State House, you may see a column monument with an Eagle on the top, this is the Beacon Hill Monument. There's plenty of history behind this monument.

The Beacon Hill Monument is there to remember an actual beacon that stood on the same spot since April 1635. 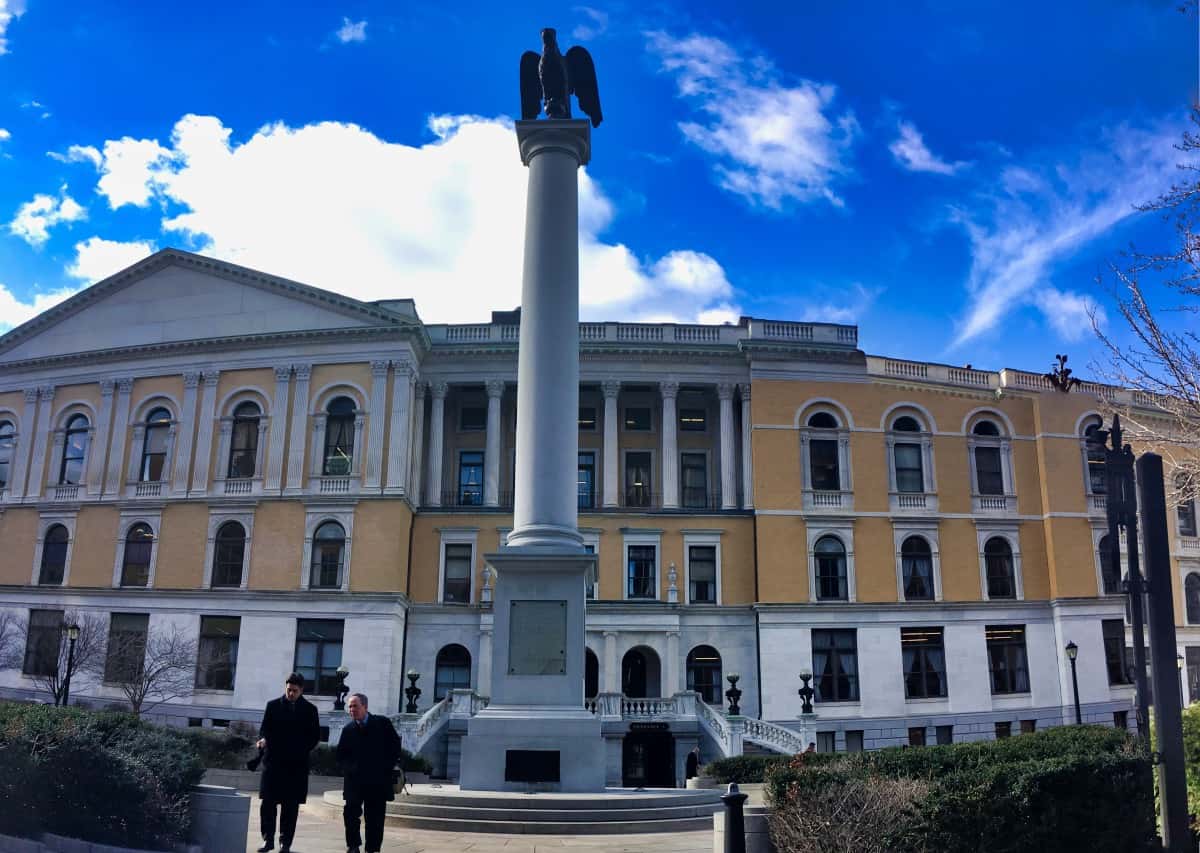 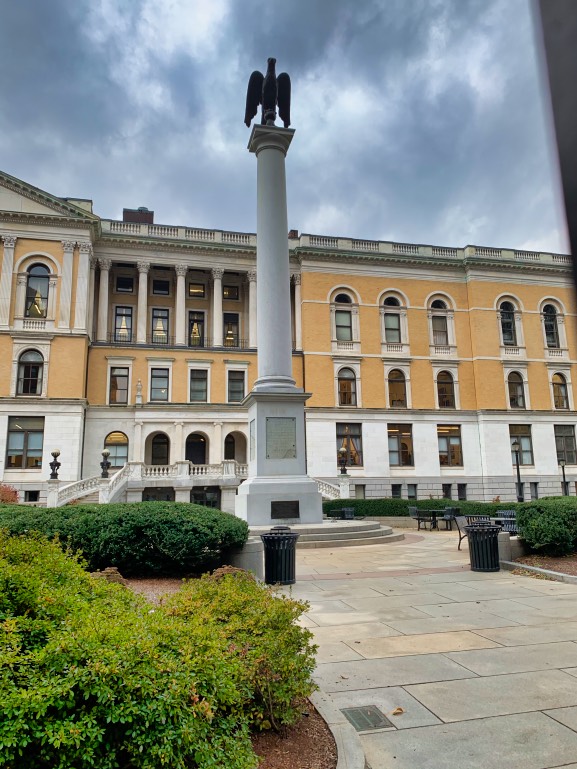 On March 4, 1634, the Massachusetts General Court ordered the beacon to warn Bostonians of impending danger. The court order was for the time period between April 1st and October 1st.

It was placed on this particular site as it was the highest point in the city. At the time, the hill was named Centry Hill.

The area, "Beacon Hill" was named after the Beacon.

In 1789, a storm blew down the Beacon. Instead of replacing the beacon, local residents favorited putting a more permanent monument.

Charles Bulfinch created a plain Doric column monument with an eagle on top. The column was 60-feet in height built with brick and covered with stucco. There was a large wooden eagle at the top. There were four tablets. Two of the tablets were inscribed with important events in the history of the Revolutionary war.

The tablets were authored by Honorable Thomas Dawes, who was a Supreme Court judge in Boston.

By 1810 Boston was in a deep recession and they sold the land where the monument was on to Samuel Spean and John Hancock. The "Old Beacon Hill Monument" was taken down by Atherton Haugh Steven on July 9, 1811. The surrounding hill was dug up.

The wooden effigy of the eagle is over the President chair in the Senate Chamber. The tablets were stored in the State House.

In 1865, the Massachusetts legislature authorized the Beacon Hill monument to be rebuilt. It was dedicated on June 17, 1899. The monument is exactly the same as the 1810 version, and the tablets were put back on the monument. 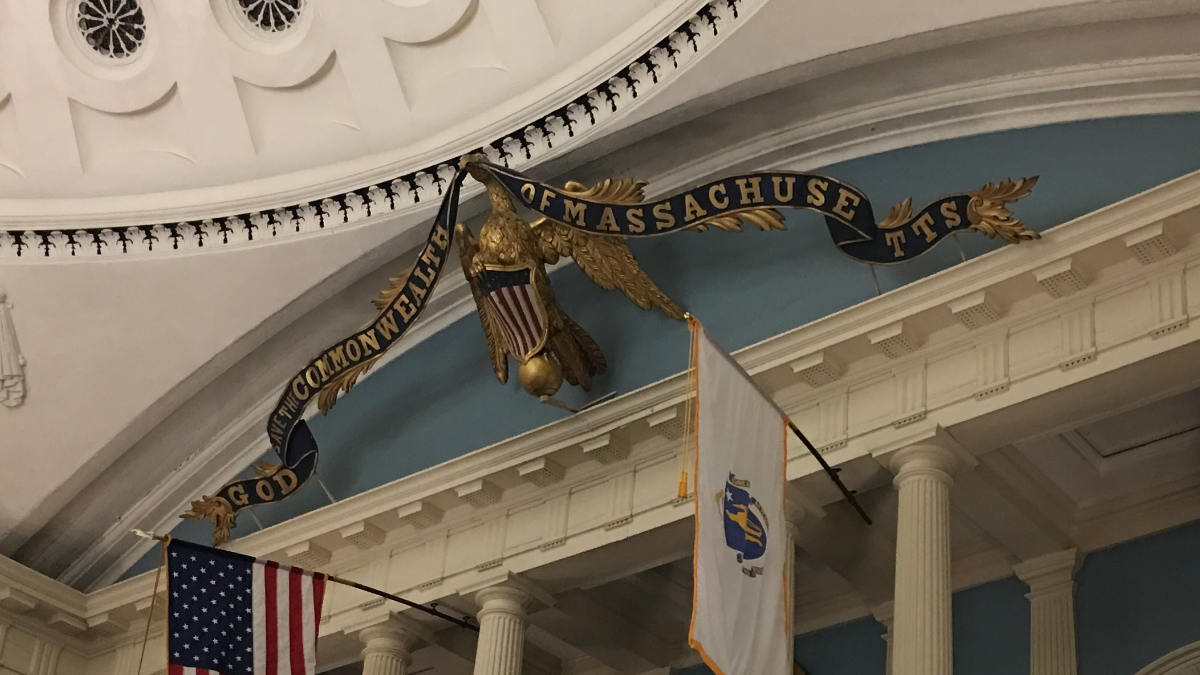 Wooden Eagle in the Senate Chamber.