On January 8, 2015, the City of Boston won the right to represent the United States Olympic Committee recommendation hosting city for the 2024 Olympics.

This came a surprise to many as Los Angels seemed to be the favorite city, considering they hosted the summer games before and have the facilities in place.

Not everyone in Boston was happy about being selected as a potential hosting city. About six months later the City requested to be removed from the United States Olympics committee recommendations. 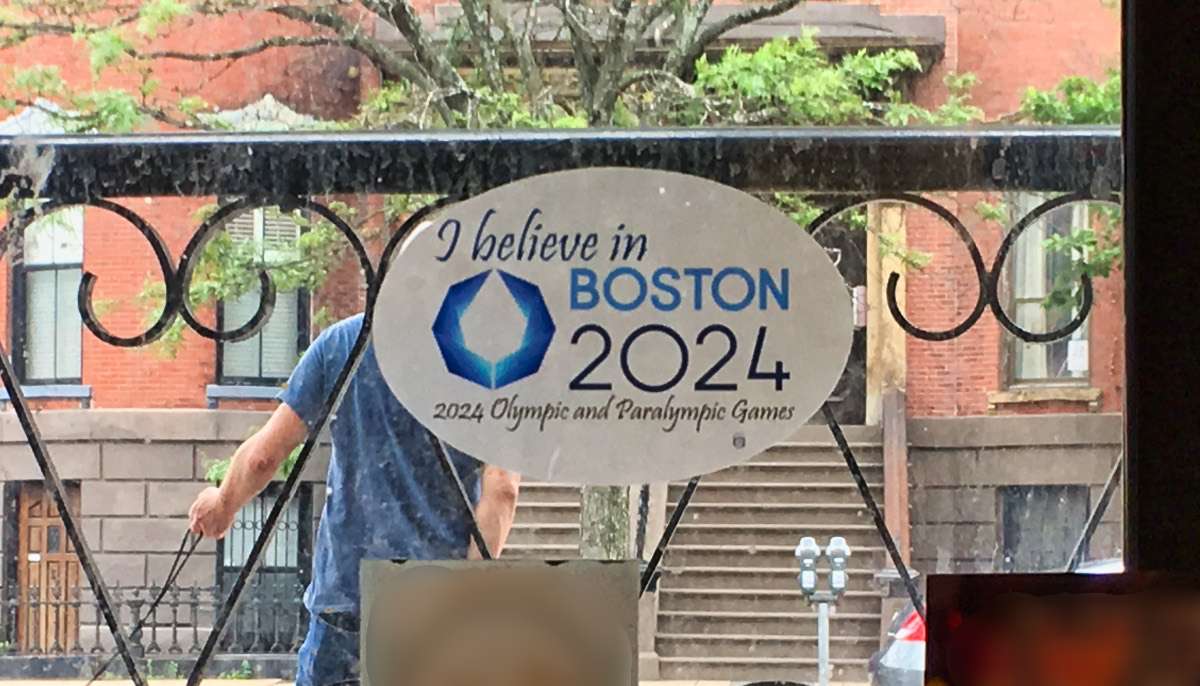 If you look around Boston, you may still see some signs of the push to bring the Olympics to Boston. This sticker was recently spotted on a window on Columbus Ave.

One of the reasons that Boston withdrew from being a hosted city was because of the underestimate of cost to transform the City from an ordinary city to a world-class Olympic hosting city.