William Lloyd Garrison (1805-1879) was an American Journalist and crusader. His writing focused mostly on Woman's Suffrage and civil rights and was a strong abolitionist.

On October 21, 1835, he was a victim of a mob attack after he gave an abolitionist speech. The mob plan to carry him from the Old State House to the Boston Commons. Once there they were going to tar and feather him. The Mayor and his aids were able to come to William Loyd Garrison's rescue and take him to the city jail to keep him away from the mob. He escaped the city.

Many years later the city felt really bad for the way William Garrison was treated and decided to honor him with a statue on Commonwealth Ave. 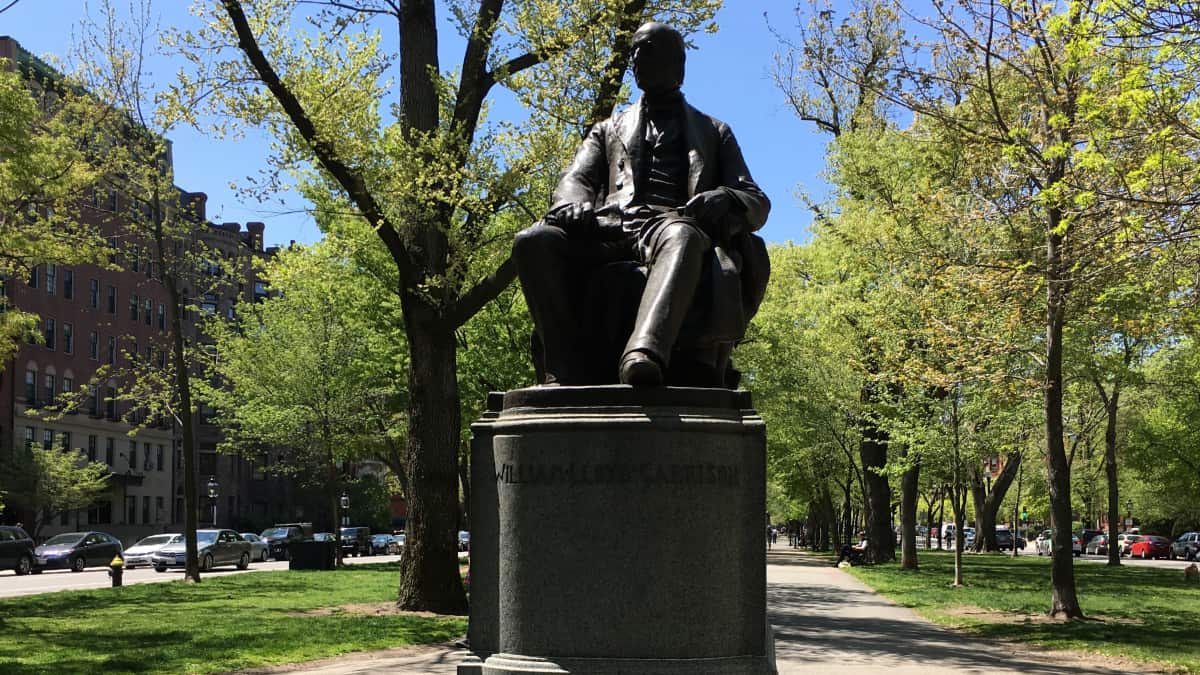 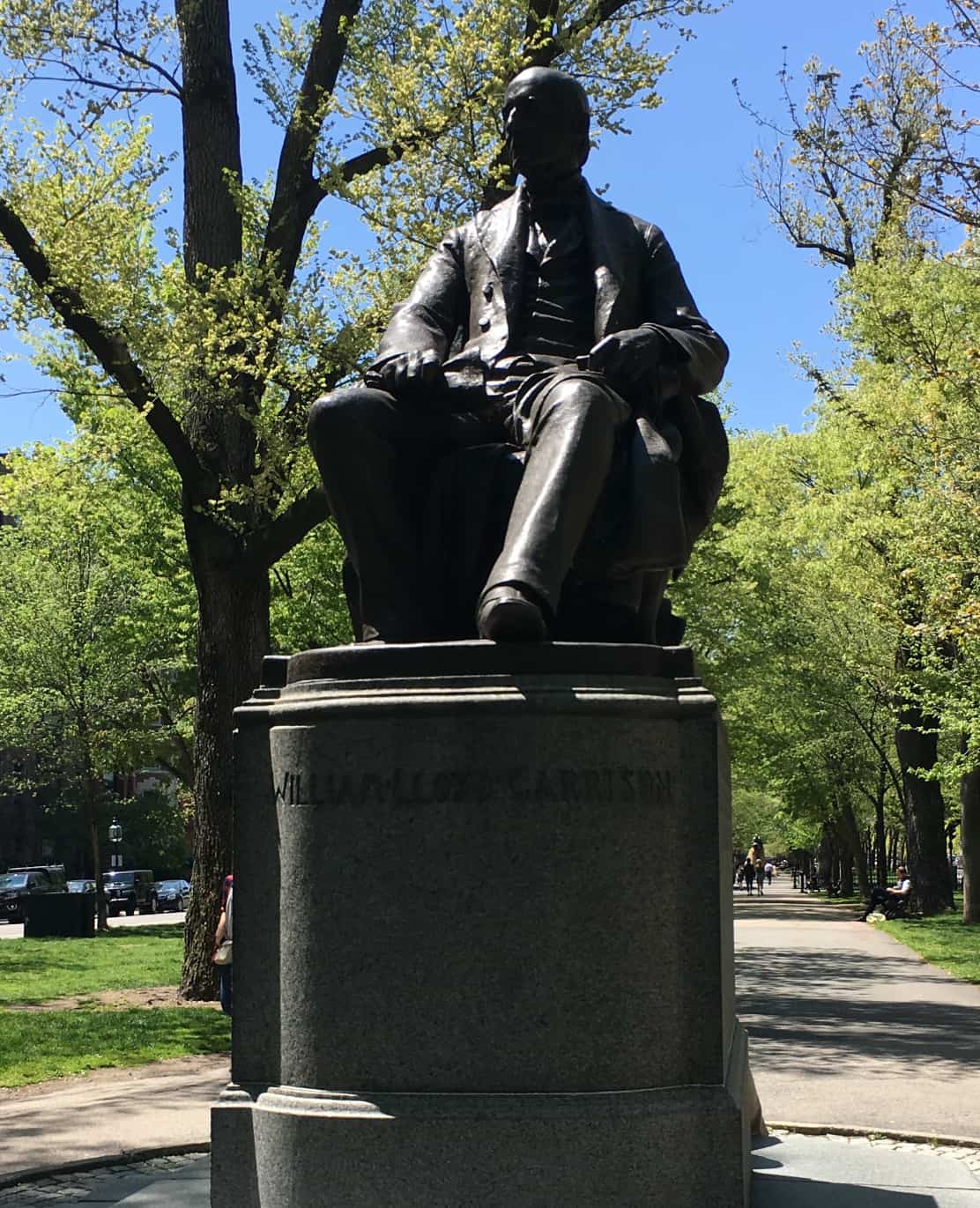 The statue is located on the Commonwealth Ave. Mall, between Dartmouth St. and Exeter Street

The first lesson is: Aim at something great; aim at things which are difficult (and there is no great thing which is not difficult). Do not pare down your undertaking to what you can hope to see success in the next few years, or in the years of your own life...