Using a Digital Camera as a VHS Bridge

One of the things that I liked to do with my PowerMac G4 series desktop computers was to digitalize VHS tapes. In the early 2000s, it wasn't easy to connect a VHS player to a Macintosh computer.

Fortunately for me, I just happen to own a Sony DCR-TRV720 Digital Video Camera Recorder. This camera has an RCA input and a Firewire (iLink) output. This means that I could use the camera as a bridge to get video into my Macintosh from a VHS player.

This diagram shows how I was able to get video into the computer. 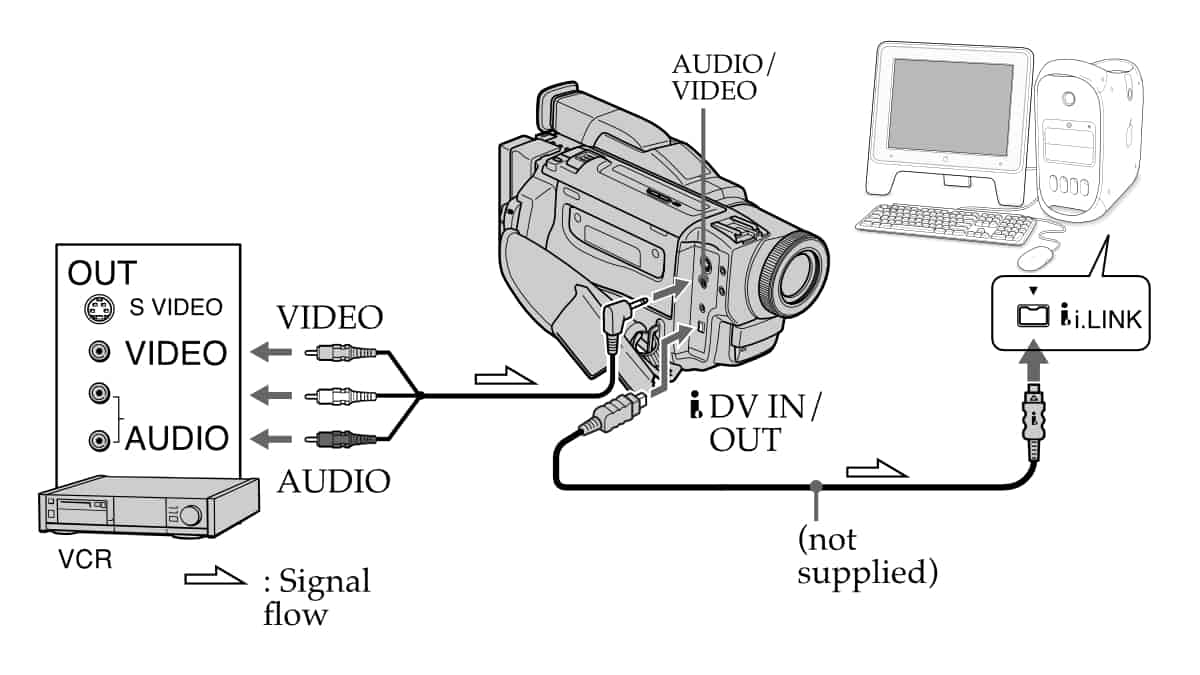 I still have the Sony DCR-TRV720 Digital Video Camera and still use it every once in a while to get video into the computer. It won't work with the newest iMac Computers - as they don't have a Firewire port. Sure I could get a USB-C to Firewire adapter but I don't think it's worth spending $29 for the few times that I would use it. In addition, I think using a dongle Apple Thunderbolt to FireWire Adapter could impact the video quality.

I am better off just firing up the old G4 computer and doing the converting and transferring it to my desktop to do any Final Cut Pro editing.