In Orleans, at the intersection of Academy Plaza and Massachusetts Route 28, is a small island. There are many war memorials on this small piece of land. One thing that people may not see is an old Bell next to the large Pine Tree. 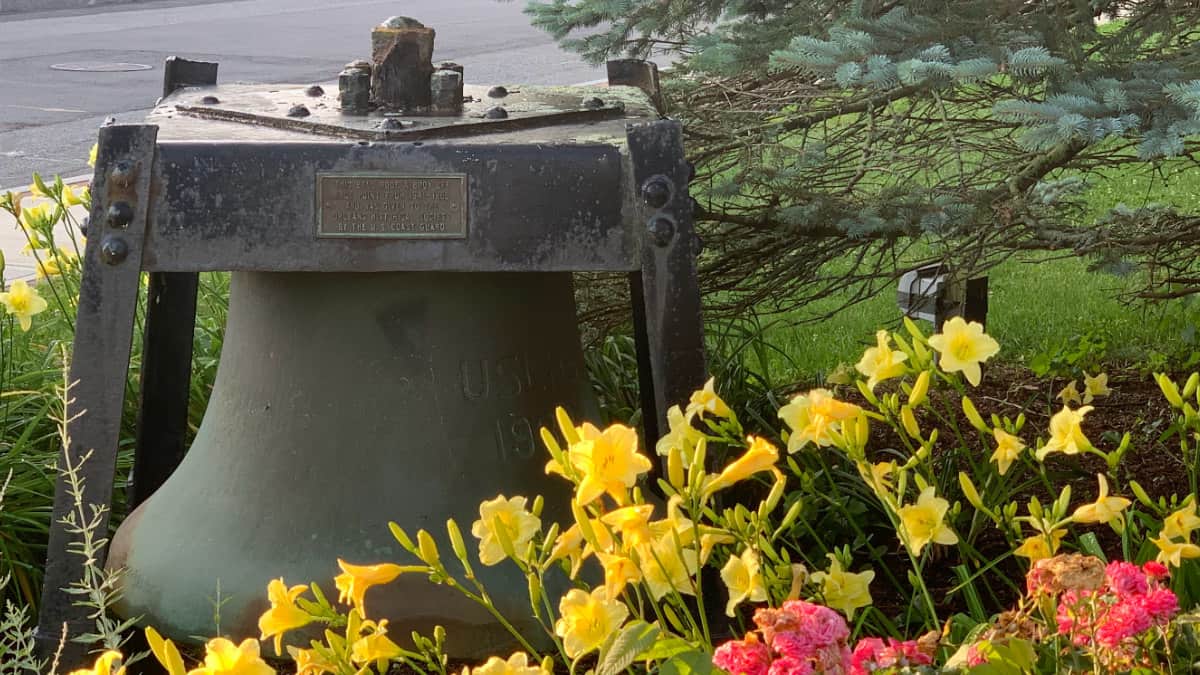 This is the engraving that is on the Bell

This Bell Rode a Buoy off Race Point from 1941 - 1969 and was given to the Orleans Historic Society by the U.S. Coast Guard

This particular bell is significant because this bell was in the waters during World War 2. On June 12, 1942, a German U-87 manage to arrive at Boston Harbor. The sub managed to sink two ships that were in port off Provincetown killing 93 men.

Most likely the German navigators on that U-87 certainly used the sounds of the bell as part of their navigation to Boston.

This bell was given to the town of Orleans because the "Old Harbor U.S. Life Saving Station" that is located in Provincetown, Massachusetts was originally located in Orleans.

Today the United States Coast Guard has an advanced buoy that not only warns boats of the nearby land but also gathers very important scientific data.

You can read all the latest Wind Speeds, Wave Heights, pressure change, and other key critical information. The buoy is now maintained by the National Oceanic and Atmospheric Administration.